Changing Your Name After Marriage: Why Some Women Do And Some Don’t

In Japan recently, a school teacher hit the headlines when she was told by a court that she must abide by her employer's requirement that she use her married name at work.

It sounds bizarre to any of us reading in Ireland, where no such rule exists, and in fact legally, there’s no real “changing of name” moment when you get married here at all. Women are free to use whichever surname they like and don’t have to register it.

In practical terms, it comes down to what you do with your passport, driver’s licence, tax details and bank accounts, but you may choose to use your husband’s name or not, regardless of any of those other changes.

As explained on CitizensInformation.ie: “How you earn your name is by use and repute. Effectively this means for most purposes, if someone wants to be known by their married name (or any other), then they just use this name and ask people to call them by it.”

It does cause some debate each time the topic comes up, however. There are women who take a spouse’s surname as soon as they walk down the aisle, there are those who never do, and there are many in-between options too – I’m an in-betweener.

A few years later, as I hesitated over setting up a Facebook account, I decided to use my husband’s surname – I didn’t want to be easily searchable and I wanted to keep work and personal life separate. Then we had children we gave them my husband’s surname so I had a different name to the kids (except on Facebook, but they weren’t on Facebook - I hope) and that was fine – anecdotally this is a fairly common situation in Ireland today.

I began writing freelance and it made sense to use my Facebook name for that (again in a bid to keep it separate from work) so I carried on with two names, and two separate strands of life. Then one strand of life came to an end – my office closed and I took redundancy. And suddenly, Andrea Fitzgerald didn’t exist to the same extent anymore.

Freelance writing was now my work, so Andrea Mara took over.

I’ve become used to that name over the last few years, and it represents my new career path, so without thinking at all, I now sign school permission slips and homework journals and delivery dockets “Andrea Mara”. 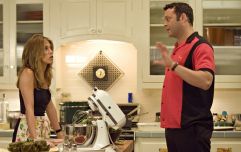 Ho Ho Oh NO! These are the 10 most common things couples fight over at Christmas

END_OF_DOCUMENT_TOKEN_TO_BE_REPLACED

Twelve years after my wedding day, I’m finally comfortable with it.

That’s just one story – there are many different reasons for keeping a name or changing a name. People often take their husband’s name because they want a family unit with a single surname, or because it’s tradition and they see no material reason to break with that tradition. Or it can be because they like their spouse’s surname better than their own or feel no strong attachment to the surname they grew up with.

On the flip side, many women keep their names because it feels anti-feminist to make the change, but there are a whole litany of other reasons too – like holding on to a name that’s associated with a career; wanting to continue a family name that may otherwise disappear; not liking a spouse’s name; liking their own name more; not having the inclination to deal with the paperwork, or just seeing no good reason to change a name that’s been perfectly fine for three decades or so.

So what prompts people to change their names or not? I asked around among friends and got a variety of answers:

Emily says she didn’t change her name for a number of reasons.

“I was too lazy - I hate paperwork - and it's my name so I didn't want to change it. And beyond personal choice, does it matter? I don't think it matters at all - each to their own. It has never caused any confusion with the kids - they know they have their dad’s name and I have my name - I think schools are used to that too.”

Naomi did change her name when she got married, but found a good solution for keeping her own name in the family too. “I changed my name because I wanted to have the same name as my children, but I also gave my maiden name to my kids – each one of them has it as their middle-name. And I kept it double-barrelled for myself on my passport.”

Aislinn, whose husband has an unusual surname, says she had some practical reasons for keeping her name. “I already struggle with people pronouncing my name, there was no way I was taking on a challenging surname!”

Jenny’s husband was working abroad when she was expecting her first child, and this impacted her decision.

“I changed my name on my passport, mainly because it was due for renewal when I was pregnant, and I think at the time it made me feel like we were a proper little family. But it was also because my husband was away so much while I was pregnant. I totally get why others haven't changed theirs, and I still have lots of things in my maiden name.”

Lucy, who is on a career break, has found that this has been the catalyst for making the change:

“I changed in some places but not others – I changed my passport on renewal which was only last year. I mostly used my maiden name when working but since my career break and especially for more kid-related situations, I use my married surname.”

Adele had a simple, straightforward reason for keeping her name. “I didn't want to change mine as it’s my identity.”

And Sinéad changed hers in a split second decision in a lay-by. “I was on the phone ordering new business cards for work, and decided to go with my married name – I went on then to change everything else and had it done within ten months.”

If you don’t want to take your spouse’s name, of course the most common option is to keep your own. But a double-barrelled name is also worth considering, or asking your husband to change his to yours, or creating a whole new name together.

The feminism question comes up every time this topic is debated. Taking a husband’s name is rooted in a time when married women had no rights of their own, so the legacy isn’t pretty. But today, with the myriad of reasons for changing or not changing a name, the origins of the custom (rightly or wrongly) seem less relevant.

Perhaps the answer is that there is no correct answer – those who don’t change their names are free to make that choice, and so too are those who do – it shouldn’t be seen as anti-feminist.

I wonder too if it will continue to evolve over time – will fewer people make the switch on marriage?

Out of curiosity, I asked my nine-year-old what she would do. Unaware of the social and political reasons for and against, she gave the first answer that came into her head; she said it would depend on the name – if she liked it she would, if she didn’t, she wouldn’t.

Sometimes it’s as simple as that.

Did you change your name after you got married? Let us know on Twitter @HerFamilydotie.

popular
Bachelor Nation star Sarah Herron's baby passes away shortly after birth
Here's why Nicola Peltz-Beckham's family are suing her wedding planners
Paris Hilton's husband's 9-year-old child wrote a letter begging him to be in her life
Tommy Fury responds to Jake Paul ruining his baby news
Looks like Maura Higgins knew Molly-Mae's baby name this whole time
Nutritionist warns parents they shouldn’t let their kids drink Prime
Chrishell Stause faced "unbelievable" trolling for relationship with G-Flip
You may also like
1 year ago
The key to a happy marriage apparently lies in the height difference?!
1 year ago
The one thing couples who have better sex have in common...
3 years ago
10 weird things no-one ever ever says about pregnant sex
3 years ago
10 things every impregnator needs to know right now
4 years ago
10 rules of parental sex that new parents absolutely need to know about
4 years ago
Research suggests this physical trait makes for a better relationship
Next Page