In what has to be the finest example of NOT putting your child first, a US couple who couldn't agree on the name of their child have taken the decision to each call her a different name.

Choosing a child's name is really tricky. A lot of us have names picked out far in advance of having kids, but it's different experience when you're actually faced with giving another human being the moniker they'll have for the rest of their lives.

And getting two parents to agree on a name adds another layer, with one potentially vetoing the other's bright ideas and vice versa.

One separated couple's solution to this was to each call their daughter different things while she's at each of their houses, as the stepmother involved revealed to Reddit readers. Taking to the infamous #AITA (Am I the a**h**e?) thread , the woman explained:

"My fiancé has a daughter from a previous relationship. She named the child without my fiancé's input, naming her after her grandmother, herself and mother and using her last name.

"My fiancé was furious about this and wanted their child to have his last name and be named after his grandmother and a name he particularly liked. These aren't the names, but think the difference between Sarah Katherine Jones and Samantha Elizabeth Smith. He won the first fight in that she will eventually have his last name, but not the second. 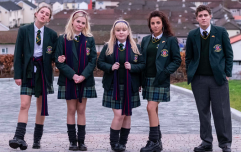 People are naming their babies after Derry Girls characters now

END_OF_DOCUMENT_TOKEN_TO_BE_REPLACED

"My fiancé and his family have decided that since she is now too old to go back to court on this again, the answer to this is for this child to have a 'mom's house name' and a 'dad's house name.'"

She concludes: "Its just stupid to have a kid going by two completely different names. She's one person. Am I the a**h**e if I continue to only call her by her "mom's house" name and don't support this?"

Reddit readers were fairly unanimous in their decision that the poster is NOT, in fact, the a**h**le in this equation.


popular
"You're disgusting": Prince William roars at photographer who was 'stalking' his family
Michael Owen hilariously responds to Love Island's heart rate challenge
6 fun things to do in Dublin on your next family day out
Fashion expert tells mothers what to wear on school run to not look 'old and frumpy'
TV drama about Maxine Carr is currently in the works
Family of Deborah James sadly announce that she has passed away
Mum slated for letting kids stay up late at sleepover- was she wrong?
You may also like
1 day ago
Should I make my teenage daughter pay me for collecting her from work?
1 day ago
"I gave my son a 'safe sex hamper' for his 16th birthday"
2 days ago
New dad called 'demanding' over list of guidelines to visit newborn son
4 days ago
"My parents are useless grandparents" – are today's grandparents too cool to babysit?
5 days ago
Less camps and activities: Here's why you should let your children be bored this summer
1 week ago
Staying connected: 25 easy ways to bond with older kids, tweens and teens
Next Page