Coming up with a name for your little bundle of joy is just one of many stresses during pregnancy.

Regardless of the child's gender or nationality, it's getting more and more difficult to come up with a name that's unique, but not too out-there, or familiar, but not too common.

So when you eventually land on a name you're happy with, it's a big weight lifted. Now you can forget all about baby names and go back to worrying about everything else, right?

WRONG. Well, for this lady, anyway.

Turns out her sister-in-law had other plans. And by 'other plans' we mean stealing her baby name, despite nobody even knowing she was pregnant.

In a recent post to Reddit's infamous 'AmItheAsshole' forum, one woman detailed how her husband's sister randomly announced she had given birth to a son and that he was named the same name her brother and still-pregnant sister-in-law had already chosen.

"We had his name chosen early in my pregnancy," says the original poster (OP), who gave birth last month. "It's a double honour name which kind of came from a unique place (we had two people we wanted to honour, we didn't go with direct names but names that tied to the people and we happened to truly love the names).

"We announced the sex and the name in a FB post in April with a blanket that had his name embroidered on it." 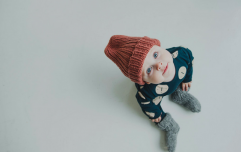 10 beautiful, but unusual Irish baby names your friends will wish they thought of first

END_OF_DOCUMENT_TOKEN_TO_BE_REPLACED

"Fast forward a week and my SIL, who nobody knew was expecting, announces she has given birth to a son and the name she had chosen? The very same name we had chosen."

"My ILs all asked her what she was thinking. She said she got to give birth first and loved the name so what was the big deal. My husband thought she was nuts and told her she was a dick for thinking she had "claimed" the name now. She said it wasn't her fault she got there first."

OP goes on to say that she said it was fine and that they're sticking with the name, so the cousins can share it.

Two days after OP's son was born, the sister-in-law texted her brother asking the baby's name. He told her she already knows. Ooft.

"Cue her texting every member of the family saying how awful we were to the kids and how we were petty and nasty and how I was an asshole for stealing the name after she used it." Ehm, the name you came up with?! The neeeeeecckkkk! 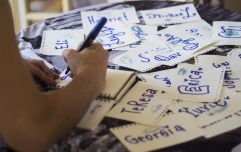 Opinion: You never realise how many people you don't like until you try to name a baby

END_OF_DOCUMENT_TOKEN_TO_BE_REPLACED

OP's father-in-law told her to ignore his daughter and that she'll settle down, but OP says she's still pissed.

"She has specifically called me the asshole because I was the one who said we would just keep the name as planned despite her using it. She said I'm an asshole to her and to our boys."

Reddit users were quick to flood the comments with support for OP and assure her the sister-in-law was the one in the wrong.

"The fact that you stuck to your guns showed that she had ill intentions by picking that name," said crayolainmybrain. "She was playing chicken and obviously hoped that you'd choose something different... now she's pissed you didn't flinch."

TechnOligee joked, "I say go for the power move and legally change your name to the same as SIL."

popular
Prince William and Kate concerned about what the future holds for George
Three people arrested on suspicion of murder after five-year-old boy is pulled from river in Wales
Kit Harington says you "don't get a break" from parenting
Former Belvedere student says abusive Fr. Joseph Marmion "targeted kids with health issues, whose families weren’t rich"
Programme to save small schools by working in "clusters" to launch in September
If you want to check in on your fertility, here's a really affordable way to do it
Donegal child hospitalised following dog attack
You may also like
4 days ago
It's a girl! Aoife Walsh announces the birth of her daughter
6 days ago
This internet provider is asking parents to name their baby after them in exchange for free wifi
1 week ago
It’s crazy how popular is these boys and girls baby names are in America
1 week ago
Justice for Alexas: The trauma of being named after a world-famous device
2 weeks ago
Halsey welcomes her first child and she picked the most touching name
2 weeks ago
Dad names daughter after his mistress to keep him from getting caught
Next Page