"Late one night, I was told it would be time to let go in the morning."

Chrissy Teigen has penned an emotional essay following the passing of her unborn son, Jack.

The model and husband John Legend lost their third child at 20 weeks earlier this year after complications during pregnancy.

Initially posting a series of photos documenting her loss Chrissy paid tribute to her son on Instagram, detailing the shock and pain she was experiencing due to his passing.

Last night in an emotive essay on Medium, the TV presenter shared more of her story, thanking the countless people who reached out to her family with support, and describing the moment she was told that her third child wouldn't survive full term.

"For weeks, our floors have been covered in flowers of kindness," she wrote. "Notes have flooded in and have each been read with our own teary eyes.

"Social media messages from strangers have consumed my days, most starting with, “you probably won’t read this, but…” I can assure you, I did."

Chrissy said that during her pregnancy, she was diagnosed with partial placental disruption. She spent days bleeding, being visited at home by doctors, and hoping that her baby would have enough fluid to survive. 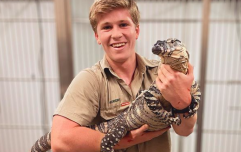 END_OF_DOCUMENT_TOKEN_TO_BE_REPLACED

"After a couple nights at the hospital, my doctor told me exactly what I knew was coming — it was time to say goodbye," she wrote.

"He [Jack] just wouldn’t survive this, and if it went on any longer, I might not either. We had tried bags and bags of blood transfusions, every single one going right through me like we hadn’t done anything at all. Late one night, I was told it would be time to let go in the morning.

"I had asked my mom and John to take pictures, no matter how uncomfortable it was. I explained to a very hesitant John that I needed them, and that I did NOT want to have to ever ask (...) And I absolutely knew I needed to share this story."

"I lived it, I chose to do it, and more than anything, these photos aren’t for anyone but the people who have lived this or are curious enough to wonder what something like this is like. These photos are only for the people who need them. The thoughts of others do not matter to me."

She ended her essay by saying that she felt compelled to write about her experience in order to return to "normal life."

"Jack will always be loved, explained to our kids as existing in the wind and trees and the butterflies they see," she said.

"Thank you so much to every single person who has had us in their thoughts or gone as far as to send us your love and stories. We are so incredibly lucky."

You can read Chrissy's Medium post in full here.


popular
Anna Daly launches her cosy chic lifestyle brand, Little Bliss
These 5 Foods Could Increase Your Chances of Having Twins
Graham Norton launches new fizzy rosé just in time for festive season
Dundrum Town Centre launches outdoor Christmas theme ‘Welcome to New York’
Adam King is going to be on the Late Late Show tomorrow night
Royal family "concerned" that Meghan kept secret diary during time in UK
Home-grown gifts for kids: 10 of the best Irish toys
You may also like
1 week ago
There's no wrong way to talk about a miscarriage
1 week ago
"I tried to imagine how we’d heal:" Meghan Markle discusses miscarriage in candid opinion piece
2 weeks ago
Rosanna Davison welcomes twin boys, Hugo and Oscar
1 month ago
Matthew McConaughey has been swooning over his wife again, and same
1 month ago
"I want to be a mummy:" Sam Smith on their dream to have children
1 month ago
WIN: A luxury glamping weekend for the whole family with thanks to Flahavan's
Next Page