Fertility: Mums are claiming that using a menstrual cup helped them get pregnant

In a bid to save money and reduce waste, many people are swapping their tampons and sanitary pads for menstrual cups

And while they no doubt work great for their intended purpose, did you know that some people are now also using menstrual cups in a bid to get pregnant faster when they are trying for a baby?

According to Parents.com, through word of mouth and the internet, innovative women recently began buzzing about using the cups to conceive.

And strange as this trick may sounds, there could very well be some science to back it up, says Dr Sherry Ross, an a gynaecologist and women's health expert.

"Having sex and having your partner 'pull out' to deposit sperm into a menstrual cup is one method," Dr. Ross says. "Others have sex and immediately insert a menstrual cup into the vagina to ensure the sperm stays in place, close to the entrance of the uterus."

Explaining how the device could support your efforts to conceive, Dr Ross explains:

"In every ejaculate, there are millions of sperm swimming around. A menstrual cup full of sperm allows the sperm to only move in only one direction and that is towards the egg. The cervical mucus associated with ovulation helps the sperm swim up through the cervix and uterus ultimately making its way into the fallopian tube where the egg is fertilized. It only takes one sperm to penetrate the egg to allow fertilization to occur. Once the egg is fertilized, cells continue to divide creating an embryo which eventually travels into the uterus where implantation occurs." 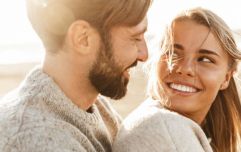 Trying to conceive? Here are some top fertility tips

END_OF_DOCUMENT_TOKEN_TO_BE_REPLACED

Dr. Ross also points out that keeping sperm close to the cervix and entrance of the uterus for an extended period of time could raise your chances of conception.

"Heathy sperm lives for three days," Dr. Ross explains. "The longer the sperm hangs out at the cervix and the entrance to the uterus, the better chance it has at swimming up into the fallopian tube to fertilize the egg. Since there are no real guidelines to using a menstrual cup to help keep in sperm at the cervix, I would suggest leaving the cup in place as long as you safely can."

However, the women's health expert advises following the general guidelines for menstrual cup wear, which is no more than 12 hours.

popular
Bride asks for divorce day after wedding following groom's disrespectful cake stunt
Entrepreneur schoolboy has made £1,000 from selling sweets
Police believe they know what happened to missing dog walker Nicola Bulley
Dad admits he hates his daughter's name so much it makes him uncomfortable
Students given £500 after uni was unable to give them their degree certificates at graduation
Couple decide to live on cruise ship permanently after finding it's cheaper than paying mortgage
Going on solo holidays is good for mothers, science says
You may also like
1 year ago
Trying to conceive? How to answer awkward questions at Christmas
1 year ago
The rise in IVF success is leading to what some are calling an 'adoption crisis'
1 year ago
Trying for a baby? These pill-free oral vitamin sprays are a game-changer
4 years ago
Eating this diet can hugely increase chances of IVF success, study shows
4 years ago
Why Christmas is the best time to try for a baby
4 years ago
Summer loving? 2019 could see a massive baby boom because of the heatwave
Next Page