Maya murder twist for Emmerdale as more people find out about her grooming?

Just get rid of her, already.

Emmerdale's been full of twists, turns, and totally harrowing moments these past few weeks as the Maya and Jacob storyline heats up and people lose their minds.

It's almost over though, and although we'll still inevitably be waiting a few days before Maya is actively found out by everybody, once those scenes are here they'll be worth it.

At least, they will be if Maya actually gets her comeuppance for all the hurt and general unease she's been causing, as the new trailer for the soap is suggesting.

Released yesterday, it shows Maya staring at herself in the mirror with a load of blood on her face.

It also depicts Leyla, Jacob's mother, slamming her fists in anger and looking fairly raged, suggesting that she's either going to flat out murder the teacher... or at least rough her up a bit. 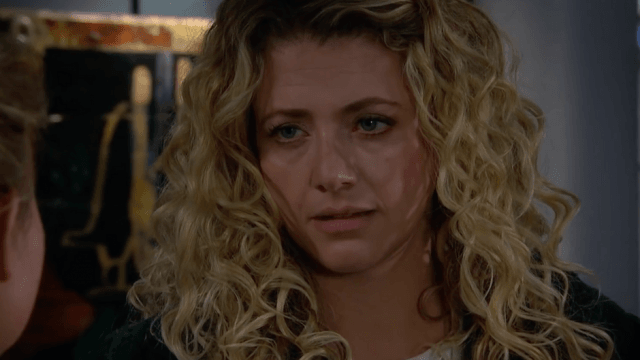 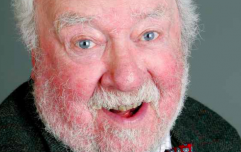 END_OF_DOCUMENT_TOKEN_TO_BE_REPLACED

This comes as Liv, who knows about Jacob and Maya, decides to blackmail the groomer in a bid to stay silent, but this week Liv decides that she wants more money, demanding £10,000.

Later on, as Gabby and Liv spend time together, the teenager becomes overwhelmed and breaks down - suggesting that she might finally tell someone what she say.

It comes after Louisa Clein, who plays Maya, revealed someone is going to be proposing to her character - although she wouldn't specify if it was David or Jacob who asks.

"If it's coming from David, there's a question of how far Maya is willing to go to cover up the relationship with Jacob, or whether she is committed to Jacob and her promise that they will come out publicly – because she does want a future with him.

"They've decided that they'll wait until he has finished school, and then come clean to everyone."


popular
The stunning €30 Zara top that will instantly refresh your wardrobe for spring
These blue mom jeans from Penneys are actually unreal, and they're only €17
The flattering €16 Penneys dress we'll be wearing every day for the foreseeable future
The reason why mums wake up when babies cry and dads stay asleep is interesting
Mum switches off WiFi every time her husband 'camps' in bathroom to avoid helping with newborn twins
Positive parenting: The ONE thing you should do when you have lost it and shouted at our child
Brad Pitt and Jennifer Aniston's SAG Awards backstage moment was pretty decent
You may also like
3 days ago
Emmerdale 'confirm' when Graham Foster's killer will be revealed
3 weeks ago
Emmerdale fans reckon they have figured out the father of Maya's baby
1 month ago
'It's a very strange situation': Emmerdale's Matthew Wolfenden on David and Jacob's Christmas baby plot
1 month ago
DNA shocker for Emmerdale as Maya leaves newborn on Jacob and David's doorstep
1 month ago
Emmerdale's Charley Webb praised for honest post on the 'tough side' of parenting
1 month ago
'It's going to have a massive effect': Emmerdale confirms major Christmas storyline for David and Jacob
Next Page