We're not crying, you're crying.

Dogs Trust Ireland have launched a heartbreaking campaign to try and find some of their longest residents a forever home.

Some of The UnderDogs highlighted have been overlooked thousands of times, through no fault of their own, since they were rescued by the charity.

But, sadly, all of them have been at the centre for at least six months - in some cases, much longer.

Their longest resident, Buddy, has been overlooked more than 34,000 times. 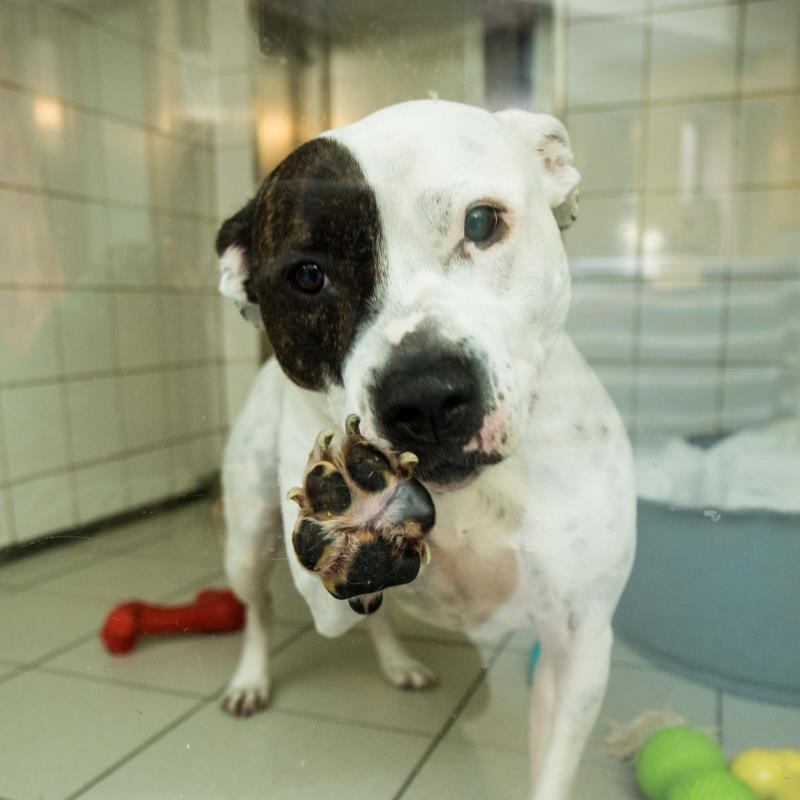 A spokesperson for Dogs Trust explained:

"There are a number of reasons why some dogs might get overlooked.

"Sometimes, if a dog has had a particularly tough start in life, he might become a little nervous or frightened and need additional care and attention in order to adjust to home life.

"Other times, a dog might be unfairly judged by his breed but may be the softest soul underneath his appearance.

"Believe it or not, sometimes black dogs can be overlooked because they do not stand out as much as a lighter coloured dog."

The charity also launched an emotional video of one of their longer-term residents, Kyia, who arrived at the centre in Finglas in 2013.

“We felt that it was important to highlight these incredible characters in a bid to find homes for them as soon as possible.

"We cannot understand why certain dogs just seem to get constantly overlooked here at the centre so we want to show people how amazing they are.

"One particular dog, Camelot, has been overlooked 28,134 times since being rescued, which is so hard to believe as he is such a loveable dog.”


popular
Kourtney Kardashian and Travis Barker officially tie the knot
I feel like my teenage son is blackmailing me for money
"It can happen": Mum issues stark warning to parents after her dog attacks toddler
Bridgerton has replaced one of its original cast members
"My whole world": Sam Faiers gives birth to her third child
Movie night with your teenager?: 9 of the best coming of age movies
Irish mum-of-two dies in Turkey after travelling for medical procedure
You may also like
1 week ago
Ireland ranked one of the worst countries in Europe for paid maternity leave
1 month ago
Mini heatwave will last into the weekend, Met Éireann says
2 months ago
Man charged over acid attack in Cork
2 months ago
Electricity users to receive €200 credit on bills next month
2 months ago
Why do we still have single-sex schools in 2022?
2 months ago
Status yellow snow and ice warning issued in multiple counties
Next Page