Coronation Street's Rob Mallard has said he is "devastated" over Katie McGlynn's exit from the soap.

The pair play Corrie's Daniel and Sinead Osbourne, who have been the focus of a devastating storyline in recent weeks as they found out Sinead's cancer had returned - and was now terminal.

And heartbreaking scenes next week are set to see Sinead find out she has even less time than the doctors had previously thought.

Now, Rob has reflected on his character's relationship with Sinead - and how much he will miss working with Katie on the soap. 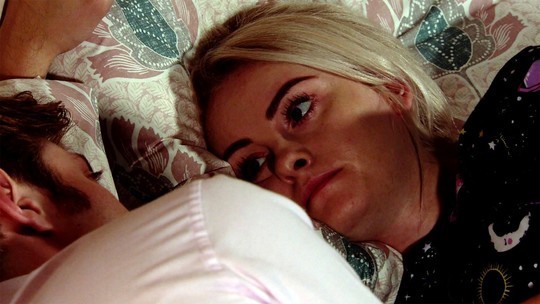 "Daniel and Sinead have been on and off for two and a half years, so obviously I am very sad to be losing Katie on set.

"We’ve had so many intense scenes and shared so much emotion that we’ve developed a really platonic and sincere bond with one another. Daniel and Sinead’s relationship has been so believable and real.

"I find it quite difficult to switch off after emotional scenes, I feel so drained after a scene that’s involved a lot of crying, so I guess the grieving process you see on screen will be a lot easier to play because Daniel’s sad that Sinead’s gone, and I’m devastated that I’m not working with Katie."

Adding that his character is "devastated" after finding out that Sinead has less time than they had thought, the actor described how the news is going to cause Daniel to change. 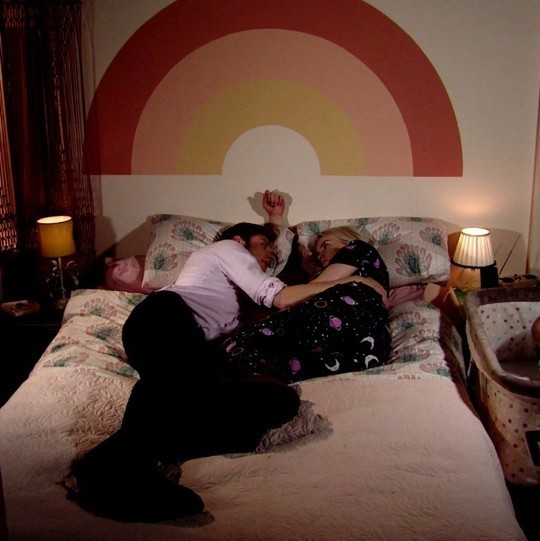 "The floor comes out from beneath both of them. Because he’s tried so hard to keep that optimistic perspective on things whilst Sinead’s been going through the physical trials of living with cancer, this is the first time that he’s in physical pain because of it as well.

"Daniel feels that if he looks at what’s going to happen in the long run, he wouldn’t even want to get out of bed in the morning. He plans things day to day because of Sinead’s deterioration, because he doesn’t know how she’s going to be feeling.

"Every day he’s left wondering what time she has left but never actually expects her to eventually pass away."

He said that Daniel is going to "feel alone" after Sinead dies, as he hasn't prepared himself for a life without her.

"Daniel’s one of those people who keeps himself busy, he’s had Sinead’s illness and caring for her on his mind for so long, that he hasn’t actually looked after himself.

"During the entire process he hasn’t prepared himself for life without her and looking after Bertie. The instant that she dies, his attention shifts straight over to Bertie and now that she’s not there, all of that care and love he had for Sinead has gone to his son."


popular
Get ready to live like the stars because Lidl is selling an entire home cinema range
Kids still got a pesky case of lice with school out? Here's how to fix it
Energia and GIY are giving away free grow boxes so you can start a vegetable patch with your kids
A Tyrone midwife was chosen to feature on the cover of Vogue
Surviving motherhood: 10 clever buys that'll make your life a little bit easier
Raising boys: The beautiful words every boy mum needs to read
10 reasons why everything is just so much easier with baby number two
You may also like
1 month ago
Here’s the line-up for the first virtual edition of The Graham Norton Show tonight
2 months ago
RTE are set to broadcast an hour of 'school on TV' everyday from Monday
3 months ago
Joanne Froggatt has ruled out a season three of Liar
3 months ago
Liar's Joanne Froggatt teases what fans can expect from season two
3 months ago
ITV's new crime drama Honour will be the TV show that everyone is talking about this year
3 months ago
There's a Golden Girls-themed cruise setting sail next year and we're packing our bags already
Next Page