It's been months since Joe Tate was last seen on screen.

The businessman was seemingly killed off in October last year, after he hit his head when he was punched by Cain Dingle.

He was then seen unconscious in the boot of Graham Foster's car, with Kim Tate's 'henchman' driving Joe to the viaduct.

Graham managed to trick Cain Dingle into believing he had killed Joe with a punch to the head, causing him months of agonising guilt and sparking a feud with his daughter Debbie.

Since Joe's 'death', there's been a lot (and we mean a lot) of back-and-forth about what actually happened. 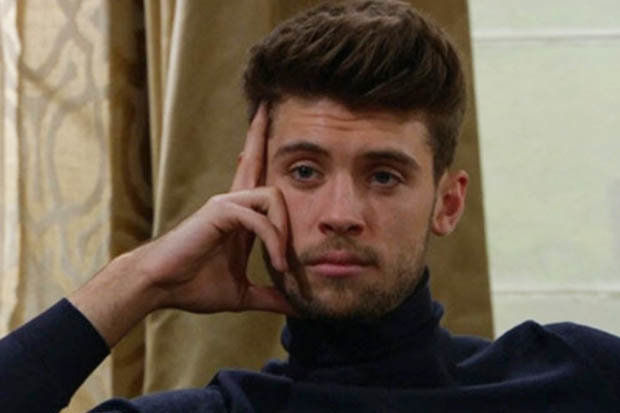 The show is saying that he is 100 per cent, completely and totally dead. But some cast members have been speculating if Joe could end up coming back to the 'dales in a huge twist.

Which we kind of understand, especially since there's been no sign of Joe's body - or even an outright confirmation that he died.

But on Monday night, fans finally got answers after Kim Tate tried to figure out who had been withdrawing money from one of her offshore account.

She hired a PI to get to the bottom of what has been happening, and was left stunned when she saw it was none other than a not-at-all-dead Joe Tate who had been withdrawing the money in Monte Carlo.

Fans took to Twitter following the episode to celebrate Joe's return to the living/to our telly screens.

#Emmerdale SO now it comes out -- Joe Tate is still alive

Me when i found out joe tate was still alive. #emmerdale @emmerdale @NedPorteous #itv pic.twitter.com/pY0ZTuzYH6

Joe Tate is alive and I couldn't be happier 😂🎉😁#Emmerdale

Day Whatever of Is Joe Tate Alive -


popular
Raising boys: The beautiful words every boy mum needs to read
Get ready to live like the stars because Lidl is selling an entire home cinema range
A Tyrone midwife was chosen to feature on the cover of Vogue
Kids still got a pesky case of lice with school out? Here's how to fix it
10 reasons why everything is just so much easier with baby number two
11 little things that mean the absolute world to your kids
Better sleep: 5 things you need to ban from your bedroom according to an organisational expert