One of Meghan's most beautiful red carpet looks.

The pair looked as happy as ever as they walked the red carpet at the Salute to Freedom Gala. 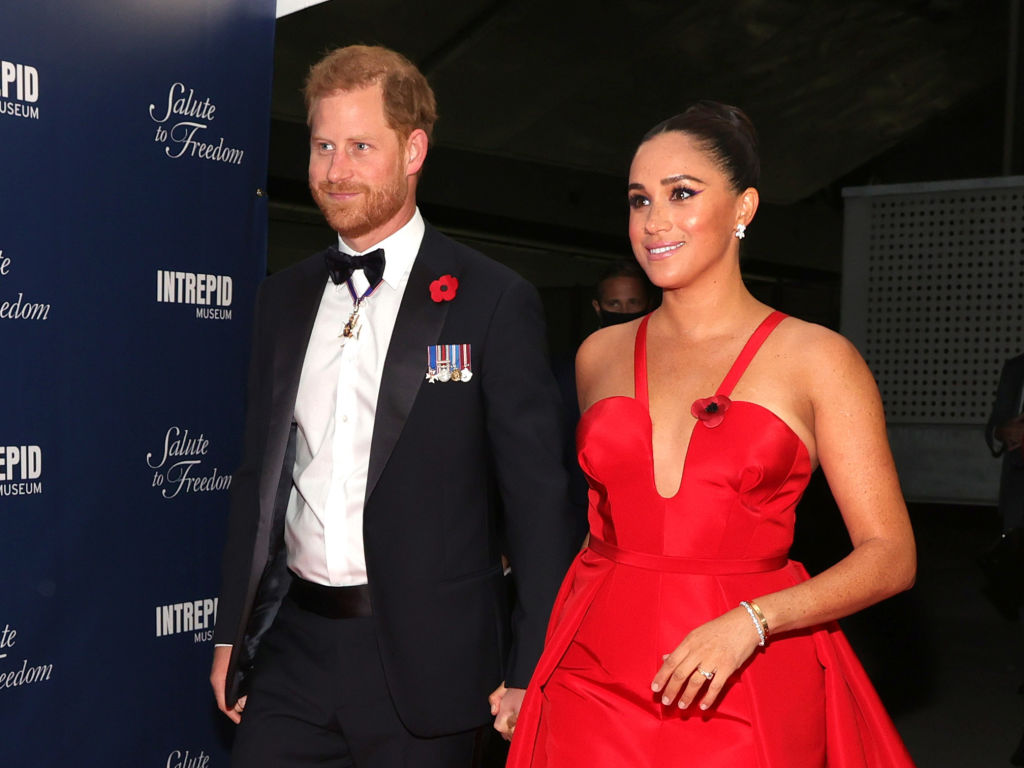 Prince Harry wore a black tuxedo and four of his medals. The Duke was stripped of his right to wear his military uniform after he stood down as a senior royal last year.

He also wore the cross of the Knight Commander of the Royal Victorian Order.

There was a major uproar after Prince Harry was stripped of his honorary titles. Harry was reportedly devastated when his titles were taken away from him, especially the rank of Captain-General of the Royal Marines.

Harry was a special guest at last night's event.

During his speech, the 37-year-old spoke about moving to America. 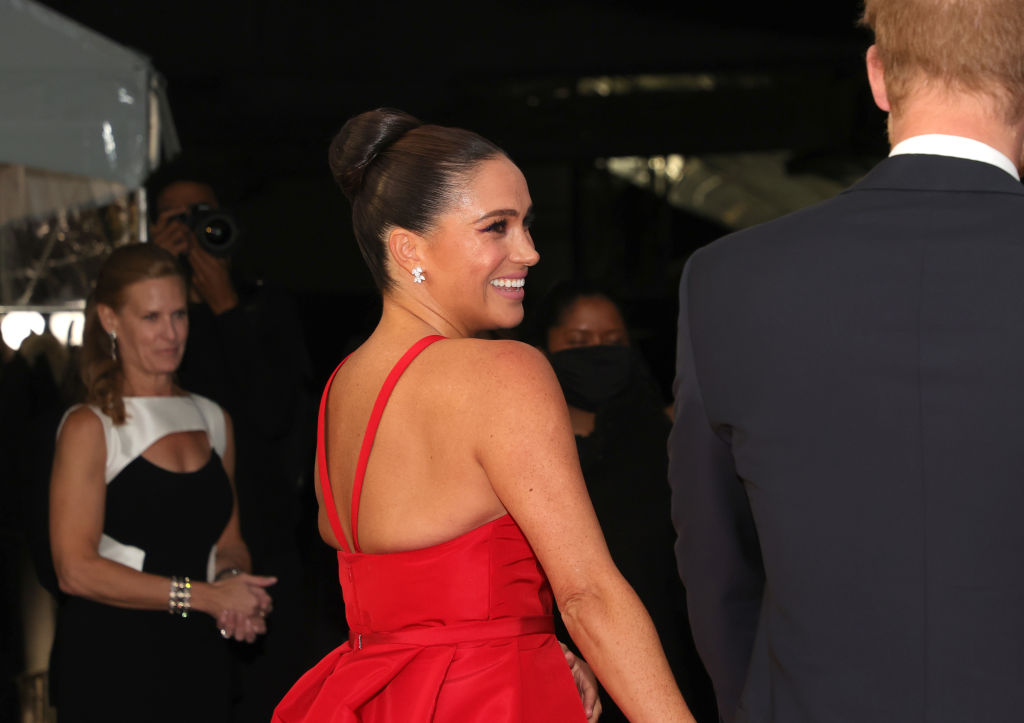 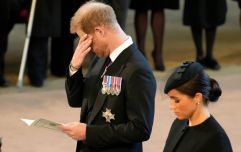 END_OF_DOCUMENT_TOKEN_TO_BE_REPLACED

"I’ve lived in the US for close to two years now. I have to say, witnessing your support for all those that put themselves in harm’s way in defense of our freedoms and liberties – it’s remarkable and hugely respected.”

Despite being stripped of his titles, Prince Harry remains a highly respected and honoured member of the military services.

"I served 10-years in the military. Nothing was more valuable than the time I got to spend with my soldiers," he revealed.

"My experience in the military made me who I am today, and I will always be grateful for the people I got to serve with—wherever in the world we were."

popular
Hilary Swank, 48, reveals she is pregnant with twins
Kelly Clarkson admitted she spanks her children if they misbehave
Today FM's Paula MacSweeney welcomes baby boy
Rebekah Vardy asks Coleen Rooney to give legal fees to charity
5 reasons having a son is the best (even if you were hoping for a girl)
Expert says Cocomelon acts "as a drug" to kids' brains
Rick Stein's next level recipe will ensure your little ones will never say no to vegetable soup
You may also like
3 weeks ago
Prince Harry will likely reunite with his children for his 38th birthday
3 weeks ago
Prince Harry pens heartbreaking tribute to his "granny" Queen Elizabeth
1 month ago
This is why Meghan Markle doesn't share photos of her children
1 month ago
Meghan Markle reveals Archie's nursery went on fire during royal tour
1 month ago
Prince Harry and Meghan Markle to return to the UK next month
2 months ago
Prince William and Kate send birthday message to Meghan Markle
Next Page