Proposed legislation that would make organ donation an "opt out" system in Ireland will be published later today.

The Human Tissue Bill, to be announced by Minister for Health Simon Harris this afternoon, will include provisions regarding organ donation, organ removal, and organ and tissue use from living and deceased persons.

The legislation will notably include an opt out system that will presume consent for organ donation after death unless stated otherwise.

This includes the heart, kidneys, liver, and lungs where a person passed away in circumstances that make donation possible.

Speaking ahead of the publication, Minister Harris said on Twitter:

"Major piece of legislative reform for our organ donation system in Ireland.

"General Scheme to be published today. Sought by so many for so long. Delighted we are progressing. Has been a priority for me." 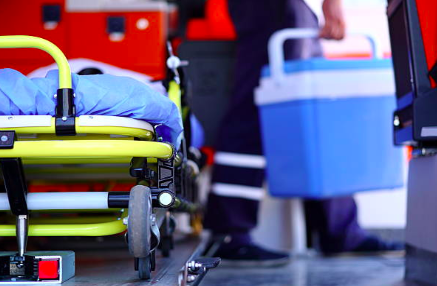 END_OF_DOCUMENT_TOKEN_TO_BE_REPLACED

Under the current law, the decision to donate organs after death resides with the next-of-kin, irrespective of whether the deceased person carries a donor card.

In circumstances where a person has not opted out, their next-of-kin will be consulted prior to any organ removal after death. If the next-of-kin does not give consent, no organs will be removed.

If a person signs the opt out register, their next-of-kin will not be consulted about organ donation.

The HSE hopes that the proposed legislation will raise organ donation rates in Ireland.


popular
The gorgeous Penneys trousers that are a must-have for your workwear wardrobe
Parents build two tiny homes on their property for their teenagers to live in
Amy Schumer shares her IVF journey and how other mums have helped her
Say hello to the €40 M&S dress everyone needs in their spring wardrobe
Channing Tatum had the perfect reaction to Jenna Dewan's engagement news
Brides-to-be! The €50 Zara dress that's perfect for day two of a summer wedding
Giving birth takes a bigger toll on your body than running a full marathon, research finds
You may also like
1 day ago
Midterm fun: Your little chefs will love this fun, FREE bake-off at Union Café in Mount Merrion
1 week ago
Majority of Irish adults want new government to prioritise investment in childcare
1 week ago
Garda and Irish Internet Service Providers partner to block websites with child abuse material
1 week ago
Met Éireann issue snow/ice weather warning for whole of Ireland
1 week ago
Saturday's winning €2.7 million lotto jackpot ticket sold in Carlow
1 week ago
The Luxury Valentine’s Day Dine In is back at M&S and it sounds seriously delicious
Next Page