Did you catch this slip up on Friday?

Now while most of us expect quips from the kids and maybe a toy firing off in the wrong direction, viewers got something a little less PG when Ryan had a bad run in with a bottle of Fanta.

Now while many people shared the clip stating that Ryan had said the F-word I could actually hear a very different swear word.

I even posted on my social media that I thought he had said a B-word that's fairly commonly used in Ireland when mishaps occur.

Turns out I was right as Ryan recently revealed that his slip up was a swear word but not the F-word. 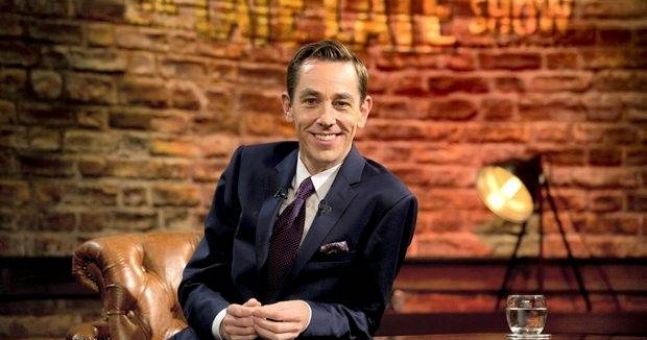 Speaking on his RTE Radio One show this morning he said;

"I opened the bottle and it went everywhere. I still don't know if the bottle was shaken by somebody shaking it up behind the scenes, or if it was just one of those bottles.

And apparently somebody very naughty may or may not have said a certain word.

And I've been laughing about it all weekend because my phone melted with all sorts of nice things from people, thank you by the way for your nice comments.

The truth of the matter was, people thought it was an f-bomb it wasn't, strangely, it was a b bomb. You have to listen very carefully, it probably rhymes closer to a word like pollocks rather than anything else."

I think my favourite part of the whole situation is how much laughter you can hear despite there not being any studio audience. Camera and sound crew just couldn't keep it in.

Aside from Ryan's small slip up the Toy Show appeal raised more than €6.4 million which will all be donated to Irish children's charities.


popular
Five teenage girls rushed to hospital after crash in Kilkenny
Ekin-Su and Davide taking their mums to New York with Love Island winnings
Dr Laura Lenihan shares her expert advice on how to stay safe in the sun
Irish people could be treated to spectacular sights in the sky over the next few nights
Mrs Hinch opens up about being Stacey Solomon's bridesmaid
Met Éireann extends high temperature warning for Ireland this weekend
You can now choose who can and can't see you're online on WhatsApp
You may also like
1 month ago
"A lovely moment": Ryan Tubridy and Adam King finally get to hug
3 months ago
Toy Show star Saoirse's family reveal her cancer has come back
3 months ago
Louise McSharry criticises Ryan Tubridy's handling of Jamie Lee O'Donnell interview
7 months ago
Charlie Bird & Vicky Phelan will appear on tonight's Late Late Show to launch Croagh Patrick climb
8 months ago
Ryan Tubridy shares exciting update ahead of Lion King-themed Toy Show
8 months ago
Vicky Phelan will appear on this week's Late Late Show
Next Page