Shocking: a pregnant girl was last year detained in a mental health unit

A report published today revealed that a girl believed she was being taken to Dublin for an abortion - only to be detained in a mental health unit.

Heard by the courts last year, the case found that a psychiatrist had ordered the girl to be detained after they told her an abortion 'was not the solution' and said she was at risk of self-harm or suicide due to the pregnancy.

It was just one of 22 cases published this morning by The Child Care Law Report Project after it began looking into how children are being treated by the legal system in this country.

“This could be managed by treatment and termination of the pregnancy was not the solution for all the child’s problems at this stage,” the published report said of the decision. 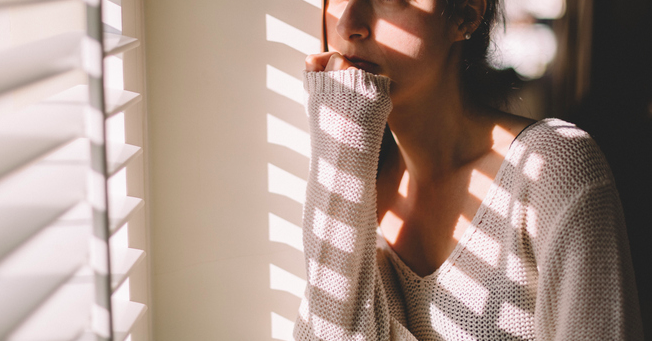 It was later found, by a second psychiatrist, that while the young girl was indeed depressed, "there was no evidence of a psychological disorder.”

“As the young girl did not have a mental illness she could not be detained under the Mental Health Act,” said the report.

The girl’s adolescent psychiatrist, who was seeing her up until the day before her detention application, thoughts were also shared in the report.

“He was of the opinion that while the young girl remained agitated and angry, she did not suffer from an acute mental health disorder that warranted her detention under the Mental Health Act 2001.”

The Protection of Life During Pregnancy Act, which allows abortion in cases where there is a ‘real and substantial’ risk to the life of the pregnant woman or girl, was not invoked despite the young girl being deemed suicidal by the first psychiatrist.

The girl was later assessed as sane and was entitled to be discharged from the mental health unit.

Abortion Rights Campaign have released a statement on the report, saying:

“We are disgusted and deeply concerned by the reports that a pregnant child was detained under the Mental Health Act after seeking an abortion.”

“Looking at the report, it’s hard not to think that the psychiatrist in this case essentially used the Mental Health Act as a tool to force a child into continuing an unwanted pregnancy because of their own personal beliefs.

"It is clear we need some process which ensure medical professionals with such conscientious objections cannot block timely health care in critical cases.”


popular
"She is too young": Kourtney Kardashian mum-shamed over daughter's latest TikTok
Brother of Amber Gibson charged in connection with her death
Here are the final post dates for Christmas 2021
Tánaiste Leo Varadkar reassures kids that Santa will visit Ireland this Christmas
Father and girlfriend found guilty over death of 6-year-old Arthur Labinjo-Hughes
My father-in-law revealed I suffered a miscarriage on Facebook- how will I ever forgive him?
"He was my best friend": Mother of Arthur Labinjo-Hughes pays tribute to her son
You may also like
2 days ago
Woman's body discovered in Co Clare waters as investigation launched
2 days ago
Meabh Feerick dies after sharing that she felt "let down" by Irish healthcare system
3 days ago
Almost 30,000 calls made to Women's Aid during the pandemic
3 days ago
Baby and toddler among 4 killed in Barcelona fire at abandoned bank
1 week ago
Australian police fear for welfare of baby whose parents claim they left with woman in shop
1 week ago
Noah Donohoe's mum Fiona calls for all police files on his death to be released
Next Page