Do you think Tubridy was in the wrong?

Ryan Tubridy has been hit with backlash over a comment he made during the Late Late Toy Show.

During the opening of the show, Tubridy mentioned that the pandemic was over. The comment was meant to make people feel relieved and happy, but the response was quite the opposite.

Many people, especially healthcare workers, were disgusted by his remark.

Restrictions are no longer part of our day-to-day lives and Covid-19 isn't featured in every news bulletin, but it is still a reality for many. Healthcare workers are still dealing with cases. Doctors and nurses are still putting themselves at risk. High-risk patients are still concerned about contracting the virus. Elderly people, like my grandparents, are still so terrified of it.

One person mentioned how thousands of children are still suffering from long-covid. 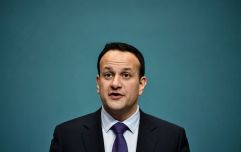 END_OF_DOCUMENT_TOKEN_TO_BE_REPLACED

Tubridy was called out over the comment, mainly because the World Health Organisation hasn't confirmed the end of the Covid-19 pandemic.

Many also stressed how wrong it was for a broadcaster to declare the end of the pandemic. Others said Tubridy was just celebrating the return of a normal Toy Show.

Another added, "Toy Show is supposed to be a night to celebrate kids, including those who've had a particularly hard year with health issues, etc. However, the messaging last night that 1) the pandemic is over 2)a full maskless audience is safe is endangering children's lives."

Do you think Tubridy was in the wrong or was it just a harmless comment?

popular
Redhead girl stabbed with scissors at school 'because of colour of her hair'
Dani Dyer shares dad Danny's reaction to news she's having twins
Bray could be getting its own Penneys by early 2024
Johnny Ward and former dance partner Emily Barker are officially a couple
'We want a family': Suzanne Jackson on having kids with husband Dylan
Woman shocked after spotting her dead husband in promo video for restaurant
S Club 7's Hannah Spearritt and children left homeless after being forced from home before Christmas
You may also like
3 months ago
Only 1 in 4 children are vaccinated against Covid-19
5 months ago
Covid-19 vaccine is safe for people during pregnancy
7 months ago
Dad's girlfriend complains he's spending too much time video-calling his child
8 months ago
Europe scraps mandatory face masks for air travel
9 months ago
Singer Dickie Rock heartbroken after losing his wife to Covid-19
9 months ago
HSE asks parents not to send their children to school if they have rhinovirus
Next Page