A woman carrying a baby with fatal foetal abnormality was refused an abortion at a Dublin hospital.

The Dáil heard that the woman, whose baby was diagnosed with FFA, was told at the Coombe Hospital to wait another four weeks to see if there is a spontaneous miscarriage.

Smith said that the woman had contacted her and asked the issue to be addressed in the Dáil.

The woman said that two consultants confirmed a case of fatal foetal abnormality, but she was still refused an abortion. 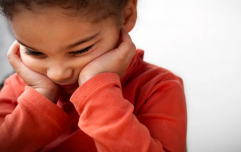 END_OF_DOCUMENT_TOKEN_TO_BE_REPLACED

Ceann Comhairle Seán Ó Fearghaíl stated that it was inappropriate for individual medical cases to be raised in the Dáil.

Abortion services became legally available for the first time in Ireland on January 1.

The law states that abortion services can be availed of in any circumstances if a pregnancy is no more than 12 weeks.