Has this grandfather invented a solution to sleepless nights?

An Aussie grandfather believes he might have found a way to guarantee a full night's sleep to stressed-out new parents.

Queensland's Frank Maunders, who is currently seeking Kickstarter funding for an audio device that mimicks the sounds heard by a baby inside its mothers womb, is seeking up to $57,000 to mass produce his invention, which is still in the prototype phase (pictured). 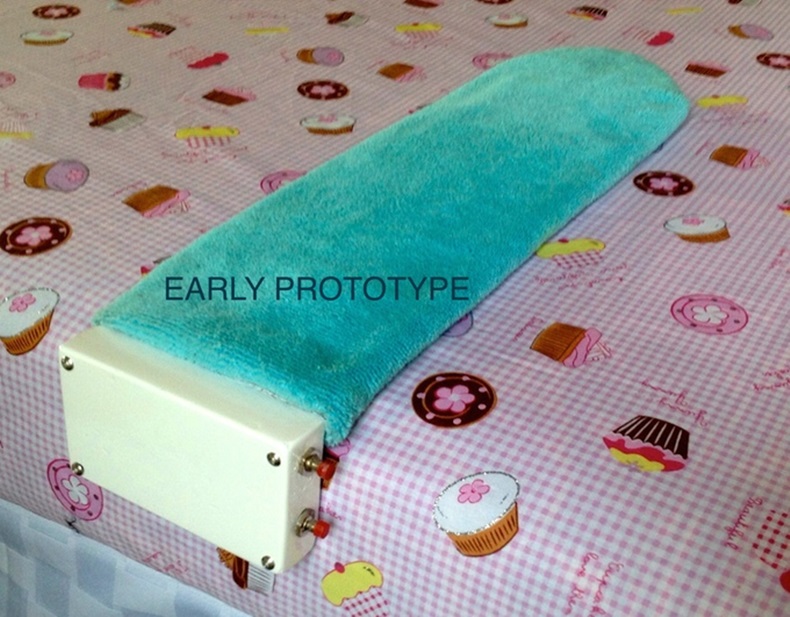 The dad of three (and grandfather of seven) explains:

"Unless you have prior experience in caring for a restless newborn, it can be a huge shock to find that your little of joy just won’t sleep easy, constantly waking. This can also occur at any time in an older babies life and the disruption can affect your entire household immensely.

"When this happened to us with our twins our doctor referred us to a pediatrician only to find that his children had the same difficulties as well so we were not alone, it dawned on us we just had to tough it out, which we did, it took two years!"

The idea is that the familiar sounds played by the device, which he's called the Mother's Little Helper, will lull the baby back to sleep - and it's worked a treat in tests. The case is made from a safe, waterproof plastic, which is designed to slip underneath the bottom sheet of a cot.

To find out more about the Kickstarter campaign, click here. This video provides some further background on the invention:

popular
Bachelor Nation star Sarah Herron's baby passes away shortly after birth
Molly Mae fans are shocked after finding out how much Bambi's crib cost
Tommy Fury responds to Jake Paul ruining his baby news
Dad asks public to forgive his wife after she killed their three children
Nutritionist warns parents they shouldn’t let their kids drink Prime
Man charged with the murder of pregnant Natalie McNally
Dani Dyer reveals the gender of her twin babies
You may also like
2 weeks ago
Parents say this white noise hacks helps their baby fall asleep
3 months ago
Becoming a parent will disrupt your sleep for up to 6 years, research claims
3 months ago
Daytime naps should stop when child turns two, science claims
4 months ago
This simple change could be key to getting your children to go to sleep faster
5 months ago
Study finds mums with five kids sleep the most and we need to know more
5 months ago
Sleep expert reveals how to keep your bedroom cool this summer
Next Page