Dublin's Rotunda hospital is the longest running maternity hospital in the world, and also one of the busiest.

On this week's episode, we meet Ellie and Eoin, who's baby has developed Rhesus disease, a condition which sees antibodies in the mother's blood  destroying her baby's blood cells – a condition which can be fatal of not detected and treated early.

The couple are already parents to four children, the last of whom was also affected by the condition.

Ellie, who is an ICU nurse herself at Crumlin Children's Hospital, has been transferred to the Rotunda from the the Coombe, to be treated by Master of the Rotunda, Professor Fergal Malone.

"I knew I wanted to have another baby, but I knew it would have to be a pregnancy that was monitored a bit more closely, Ellie explains. "But I probably didn't undertand quite how worrying it would be, especially towards the end."

Professor Malone explains how Ellie's antibodies are crossing the placenta and entering the baby's blood, making the baby anemic.

"The antibodies can cross the placenta and attach themselves, and this causes the baby's red blood cells to burst, Malone explains. "This can lead to profound fetal anemia, which can be fatal if not treated."

Professor Malone checks Ellie's baby for heart failure, and having had an unseccessful treatment with Anti-D, the next stage is a blood transfusion for her baby, administered through a needle straight into the baby's umbilical cord.

At 31 weeks the baby can survive outside the womb, Malone explains to Ellie. "So if we saw the baby getting into trouble, we'd absolutely go for a section to help the baby out."

END_OF_DOCUMENT_TOKEN_TO_BE_REPLACED

Working against the clock, the hospital lab must analyse the baby's blood before the transfusion can take place.

"In these cases, we pause our hospital laboratory and keep everybody on stand-by, waiting for the arrival of the blood sample," explains Malone. "So they can tell us within a minute or two how anemic the baby is. This allows us to calculate the precise amount of blood to transfuse into the baby. If you don't transfuse enough blood, you won't prevent heart failure. But if you transfuse too much blood, that can also be dangerous for the baby."

The Rotunda Quintuplets return to the hospital

This week's episode also sees the famous Rotunda Quintuplets – Conor, Cian, Rory, Amy and Dearbhail Cassidy – return to their place of birth to mark their 18th birthdays. The five, who are Ireland's only quintuplets, were delivered at the Rotunda Hospital on August 16, 2001. They were born at just over 25 weeks gestation, weighing between 1 pound 6 ounces to 1 pound 11 ounces. 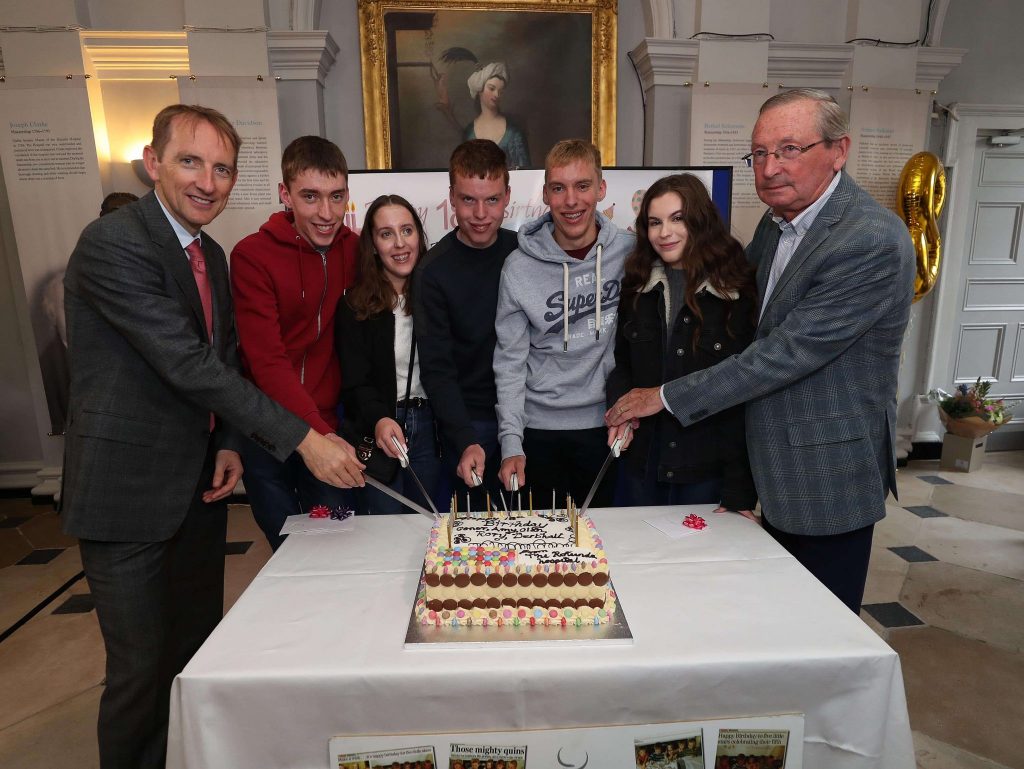 This week's episode airs on RTÉ2 tonight at 9.30pm


popular
Can you pronouce these 7 'unique' baby names? They're trickier than you think
10 seriously gorgeous baby girl names none of your friends will have thought of first
20 seriously posh baby names for when one is expecting
40 gorgeous baby names predicted to be trending in the next decade
Scandi cool: These are the 15 most popular baby names in Denmark
Stunning Baby Names That Mean Hope And Strength (For The Week That's In It!)
The Best Kid-Friendly Swaps For Popular Swear Words
You may also like
2 weeks ago
There is an amazing FREE Zoom event for expectant parents taking place this month
3 weeks ago
Babies born in February have some pretty cool advantages – no, really – it's true
4 weeks ago
Pregnant women warned not to have the Moderna COVID vaccine
1 month ago
PrettyLittleThing launch maternity collection – and you'll save LOTS right now
1 month ago
Some new information regarding pregnant women and the Covid-19 vaccine has been released
1 month ago
Wow! The incredible video that shows the impact pregnancy really has on your body
Next Page