Curious About How Many Children You'll Have? Your Palm Might Have The Answer!

We’ve brought you the old wives tales regarding the sex of your baby. We’ve also told you about how they used to determine whether a woman was pregnant. Oh, and there was also this one with all the names of those who could be expecting next year.

It got us thinking about whether there are or were any customs that claim to tell you how many kids you’re going to have (or already have). Well... it turns out there aren’t any, apart from palm reading.

Now, we’re not saying that this is even worth taking note of or that it works (there is no scientific evidence to suggest that it is in any way accurate – the only way to find out how many kids you’re going to have is having them) but it is kind of interesting. 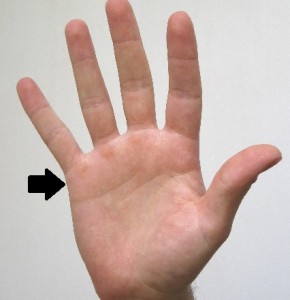 First things first, there are “lines of children” on the palm, located near the “Mount of Mercury” (the part just under your little finger - check out the picture above). They are vertical lines and sometimes the naked eye can’t even see them as they can be really thin.

Stronger lines are believed to represent boys while finer lines signify girls. Due to the modern concept of family, they can also indicate stepchildren, godchildren or even pets. One line that is longer than the rest apparently highlights a child that is dearer to the parents.

On that note, we’re off to check if our lines are accurate... we have a feeling they probably won’t be but sure it’s a bit of fun!


popular
10 seriously unique Irish baby names that are not too popular (yet)
10 great (and affordable) buys to give your home office a bit of a facelift
"Don't you want to feel like part of the family?" Spencer Matthews wants Vogue to take his last name
Sligo teacher creates animated video series for Junior Cert revision
OFFICIAL: Bridgerton confirmed for second season
Gwyneth Paltrow's vagina candle explodes in woman’s living room causing fire
16 sunny and stunning Greek baby names to suit baby boys and baby girls
You may also like
1 week ago
Wow! The incredible video that shows the impact pregnancy really has on your body
3 weeks ago
There is something truly special about babies born in January, and you'll see why
3 weeks ago
Study finds taking antibiotics while pregnant can weaken baby's immune system
3 weeks ago
Festive foods that expectant mums should avoid at Christmas time
1 month ago
Mocktails: 3 super-tasty non-alcoholic drinks to sip on if you're pregnant this Christmas
2 months ago
Pregnant? Here's your entire winter maternity wardrobe – in just 10 buys
Next Page