New Zealand’s parliament has voted unanimously to give mothers and their partners three days of bereavement leave after a miscarriage or stillbirth.

The new bereavement allowance will give employees three days' leave when a pregnancy ends with a stillbirth or miscarriage, rather than forcing families to use their sick leave.

The legislation applies to parents, their partners, and parents planning to have a child through adoption or surrogacy.

Final reading of my Bereavement Leave for Miscarriage Bill. This is a Bill about workers’ rights and fairness. I hope it gives people time to grieve and promotes greater openness about miscarriage. We should not be fearful of our bodies. pic.twitter.com/dwUWINVjLm

Andersen pointed out that one in four New Zealand women have had a miscarriage, and around 20,000 women lose a pregnancy through miscarriage or stillbirth every year. 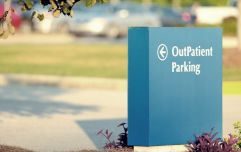 END_OF_DOCUMENT_TOKEN_TO_BE_REPLACED

“It is an incredibly normal experience, but normal doesn’t mean easy; it doesn’t mean without pain. But we have for a long time, through silence and stigma, forced women – primarily women – into actually just pretending as if it hasn’t happened.”

A few countries across the world already have policies in place that allows mothers and families to take paid or unpaid leave after a stillbirth or miscarriage.

In India, the law stipulates women are entitled to six weeks' leave if they suffer a miscarriage, however, as the vast majority of employees engage in informal work, the reality is that few are able to access it.

In Norway, if a stillbirth occurs after week 27 of pregnancy, the mother is entitled to avail of paid leave for up to 33 weeks.

Canada is another country which such laws in place. In the province of Ontario, if a woman loses a baby 17 weeks or less before her due date, she is entitled to take up to 17 weeks of unpaid leave from her job.

popular
"My heart sank": Tubridy hit with backlash over Toy Show remark
Parents told to stop buying selection boxes for kids- here's why
Third child dies from scarlet fever in UK- here are the symptoms to look out for
"Losing a baby is the ultimate loss, but to watch on over a video call is soul destroying"
Molly Mae Hague disappointed after "huge fail" during baby scan
Miriam O'Callaghan on the heartache of losing her sister at 33
There's a FREE Santa experience happening in Dublin
You may also like
2 days ago
Radio station to remove homophobic slur from Fairytale of New York
2 days ago
Mysterious clumps in Christmas tree should be removed immediately
1 week ago
Man who exposed Jimmy Saville has a new theory about Madeleine McCann's disappearance
2 weeks ago
Spencer Matthews to climb Everest in bid to find brother's body
3 weeks ago
David Walliams could be removed from Britain's Got Talent following 'offensive' remarks
3 weeks ago
Government's five-day domestic violence leave plan criticised
Next Page