That was me – on both my pregnancies.

And the funny thing – normal, non-pregnant me needs very little sleep – and certainly never a nap during the day.

And yet, like clockwork, when I was pregnant, I would literally hardly be in from work before I would collapse onto the sofa and fall asleep.

And the thing is – we should all be doing just that when we are pregnant according to a new study.

Yup, it's true. New research published in the journal Sleep Medicine, states that pregnant mamas have full permission to get some shut-eye whenever they feel like it—for the health of their babies. 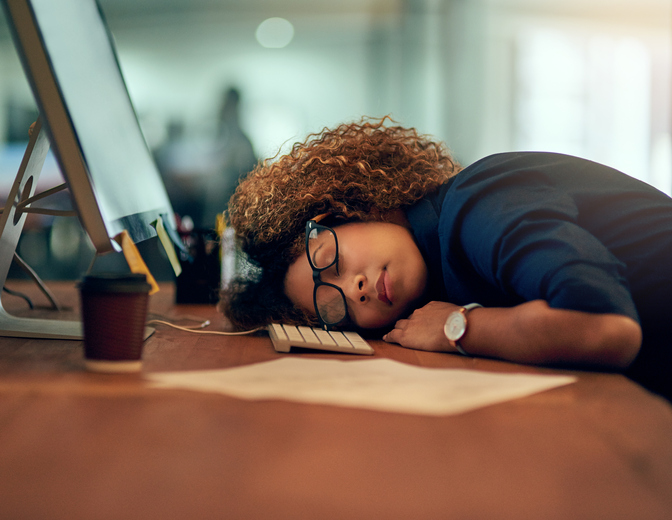 END_OF_DOCUMENT_TOKEN_TO_BE_REPLACED

What the researchers found, was that women who napped regularly when pregnant were less likely to have a baby with a low birth weight, defined as weighing less than 5.5 lbs.

This matters long-term too, as a low birth weight is associated with health complications during childhood and adulthood, such as respiratory illnesses and hypertension.

What this means, tired mamas, is that snoozing doesn't only help you get through the afternoon, but also has some potentially big benefits for the long-term health of your baby.

For the project and report, researchers in China analyzed data from 10,111 participants in the 2012-2014 Healthy Baby Cohort study. They found that expectant mothers who regularly took afternoon naps between 60 and 90 minutes long were 29 percent less likely to have a baby with a low birth weight compared with mothers who didn't nap. As well as this, they also found that napping five to seven days a week reduced the likelihood of having a baby with a low birth weight by 22 percent.

popular
Adam Collard responds to claims he cheated on Paige Thorne
Holly and Phillip weren't on media list for Queen's lying in state
Budget 2023: Parents will not have to pay for primary school books from next year
Paralympian Ellie Simmonds targeted by online abuse after Strictly performance
Childcare fees to be reduced by up to €170 per month
Expert says Cocomelon acts "as a drug" to kids' brains
Irish teacher slated over the "inappropriate" clothes he wore to work
You may also like
2 days ago
Daytime naps should stop when your toddler turns two, says new study
4 days ago
Sharon Brandwein on sleep disorders: Symptoms, Causes, and Treatments
1 week ago
Should the Government raise minimum age of sale of tobacco products to 21?
1 week ago
Free contraception for women aged 17-25 comes into effect tomorrow
2 weeks ago
Playing with mud and soil in creche changed children's immune systems
2 weeks ago
Dad's trick for getting his son to take medicine causes major parenting debate
Next Page