The list of things mums (and especially new mums) aren't supposed to do is pretty extensive.

Want to have a career/ be a stay-at-home mum/ share photos of your kids online/ let them eat junk food/ co-sleep? OK, but prepare yourself for other people sharing their very strong opinions on the matter.

Now we have one more to add the list - going to music festivals.

New mama Kylie Jenner had the audacity to attend Coachella over the weekend and people were not happy.

The reality star, 20, gave birth to daughter Stormi in February.

Despite largely staying indoors for the duration pregnancy and probably having plenty of help, many fans were irate that Kylie would dare go out and have some fun, leaving her two-month-old at home.

I’m not a regular mom I’m a cool mom

It goes without saying that anything Kylie and her family ever does will manage to tick people off, but the reaction of some commentators shows a worryingly narrow view of what motherhood 'should' look like.

Kylie Jenner should be everyone’s example of learning how to use protection fr. This girl really is gonna leave her baby for three days while she goes to Coachella. When she decided to have the child it’s because she chose to stop being a childish but look at her

kylie jenner had a baby like a month ago and is at Coachella and just got back from Cleveland... i know if i just had a baby i wouldn’t be leaving her with a nanny all the time. but that’s none of my business ☕️?

Anyone else find in completely inappropriate that Kylie Jenner went to Coachella so shortly after giving birth? 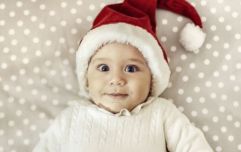 END_OF_DOCUMENT_TOKEN_TO_BE_REPLACED

There's a lot to unpack here.

We could question why Kylie's other half Travis Scott didn't take the same flak for going back to work shortly after becoming a dad or we could justify Kylie's going to the festival as part of her work as an influencer, but what it boils down to is this - new mums need support and understanding and the freedom to just be themselves, as well as a parent.

It's easy to slate a celebrity mum but the fact is that as long as attitudes like some of those directed at Kylie prevail, mums will continue to be left behind in the workplace, left out of plans with friends and to have less social currency outside of their role as a mother.

Sure, slam Kylie for cultural appropriation, for allegedly copying others' designs - there are plenty of legitimate things to be questioning.

But know that if you're slamming Kylie in the context of her choices as a new mum, you're contributing to a dangerous narrative that affects all new mums, including the ones you know.


popular
Tom Cruise slated for "inappropriate" behaviour around Kate Middleton
Warning issued to dog owners about the "big stretch"
The Toy Show Musical looking for a young girl to star in lead role
Teenager dies after hole he digged on the beach collapses
2 children hospitalised amid US baby formula shortage
Johnny Depp allegedly threatened to microwave Amber Heard's dog
Rihanna fans slam Chris Brown for commenting on her baby news
You may also like
1 month ago
First ever mother and baby mental health unit to open in 2024
1 month ago
One mum's emotional post about the effects of mum-shaming will stay with you
7 months ago
New study finds having a baby in winter means you're less likely to have 'baby blues'
8 months ago
This might just be the most perfect (and thoughtful) new baby gift ever
8 months ago
Opinion: 10 desperately annoying things we need to stop saying to new mums
8 months ago
Post-natal depletion affects mothers for up to a decade after giving birth
Next Page