An Irish flying visit : This is what I got up to for the day when I flew into Kerry

I flew to Kerry the other day and it's honestly not something I thought I'd ever say.

I've taken the train to Kerry. I've driven to Kerry but I never thought that I would actually take a plane to get to Kerry.

Ireland is so small I often forget that we have national flights going from county to county and not just abroad.

I had never taken a flight within Ireland before so I decided to see what it would be like to visit my friend in Killarney by aeroplane. 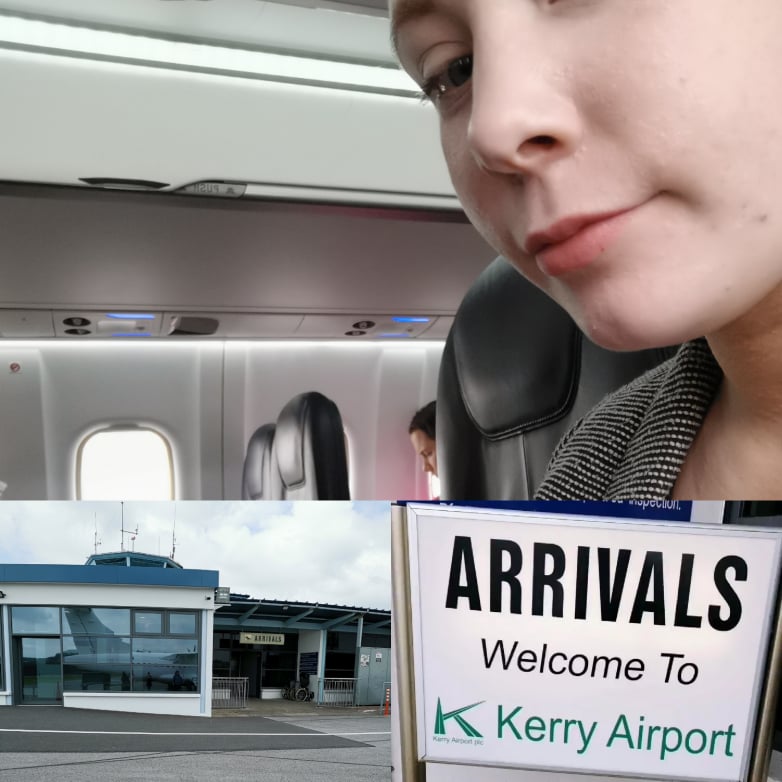 If like me you've never flown within Ireland it's much the same as flying anywhere else. You'll still have to go through all the same airport security tests and you still need to arrive a couple of hours before the flight is due to leave. The only real difference is that you can use ID other than your passport to travel like a driver's licence or national ID card.

While I did use my ID card rather than my passport I think I'll stick to my passport in future as it was harder to check-in and to get back through passport control using it.

The flight took roughly an hour. One snag was that when I arrived into Kerry Airport the bus I was supposed to get had already left and wouldn't be back for an hour. Living in Dublin I'm a bit spoilt when it comes to public transport and keeps forgetting that it's not as regular in small towns. In the end, I flagged a taxi to get me into Killarney town.

Upon arriving I checked into my room at the Eviston House Hotel, which is a really great spot if you want a central place to stay, met up with my friend and headed out for a bit of exploration. 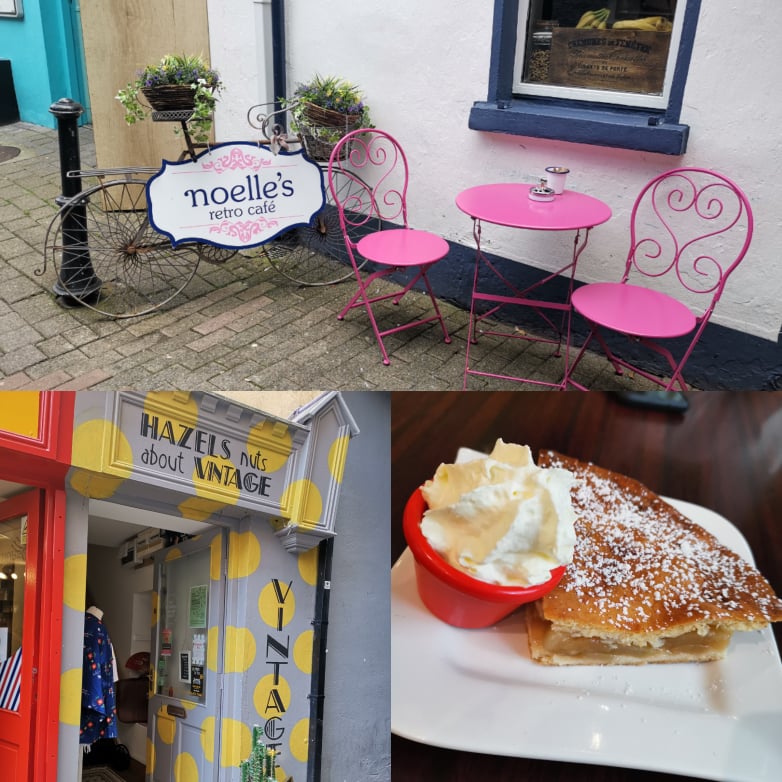 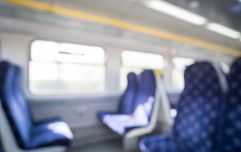 END_OF_DOCUMENT_TOKEN_TO_BE_REPLACED

I didn't get a chance to grab a snack at the airport so they first stop was to Noelle's Retro Cafe for iced coffees and pie. I love vintage so before I set off on my travels I looked up good places to thrift so after some delicious treats at Noelle's we headed to Hazels Nuts About Vintage. They have some great bits and I would highly recommend a visit but if you can't visit their Kerry store they also run an online store on Depop.

True to Irish weather it turned from warm and sunny to lashing rain so we ducked into Penneys (that was of course before their roof sprung a leak and we had to vacate the shop).

After chilling in the hotel for a bit we went for an amazing Thai meal at Genting Thai. 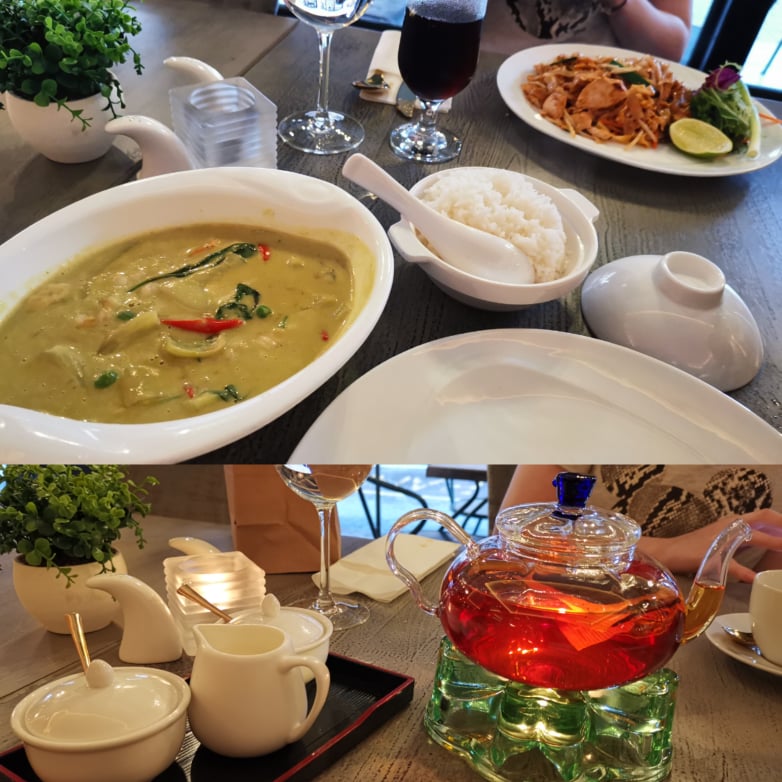 I hadn't properly walked around Killarney town since I was a child and I was blown away with the variety and food and shopping available. A lot of people have recommended Cork city to me lately but I would definitely tell people to put Killarney on their to-visit list this summer.

My flight was really early the next morning which again was a bit tricky as it was before the local buses started up. The hotel booked me a taxi but I knew as I headed to the airport at 6 am there wasn't a chance of the little cafe being open for me to grab a much need coffee.

To my surprise though, there was a nice treat for me when I got to the check-in Kerry Airport. 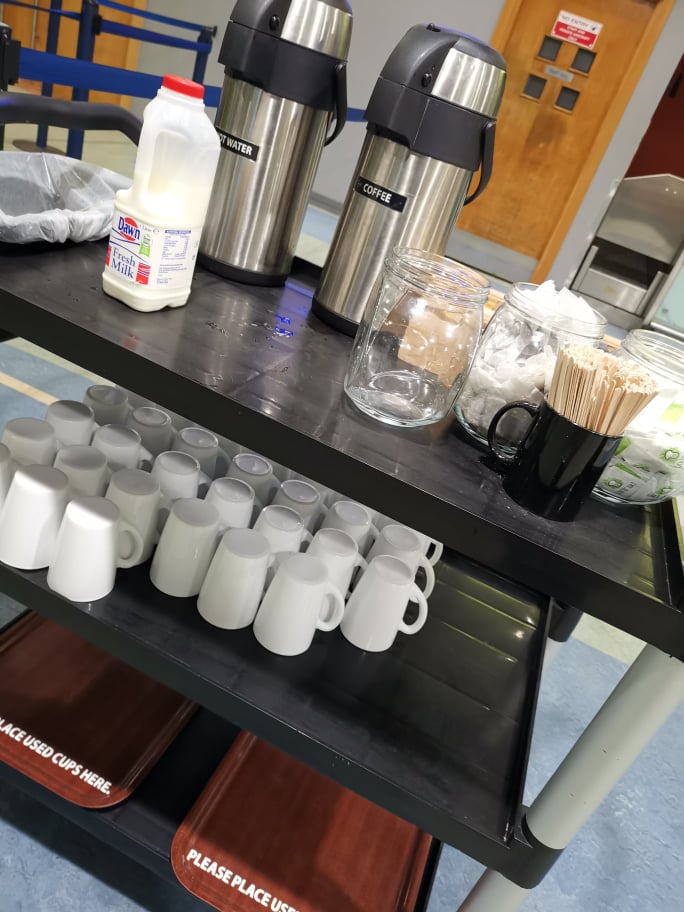 The staff had left out a cart for all the passengers taking early flights that morning. Now I've been in much larger airports that haven't been half as accommodating when it came to flights outside the operating hours of the cafes so I thought it was a really nice gesture.

After grabbing a coffee I headed back through airport security and onto the small regional plane all the way back to Dublin. Planes leaving from Kerry also head to several international destinations including London and Berlin.

While I enjoyed my adventure to and from Kerry what really made it difficult was trying to work around public transport schedules so I would recommend looking up timetables and taxis in advance or if you know someone living in Killarney with a car, ask them to pick you up.

I couldn't fault the staff at Kerry Airport, they were lovely to deal with and for people travelling for work, it's a really excellent service.


popular
Woman's suitcase and bank cards stolen as she gives birth in Dublin hospital
Mass murderer Anders Behring Breivik applies for parole for 2011 killings
Sinéad Kennedy won't give "a second thought" to those commenting on post-baby body
Expert says Cocomelon acts "as a drug" to kids' brains
Daughter of missing Dublin woman issues heartbreaking plea
Man arrested on suspicion of murder of Ashling Murphy
Newborn found dead in duffel bag outside US fire station despite safe haven law
You may also like
1 month ago
Science says going on a mother-daughter holidays improves your health and I agree
2 months ago
Children aged 5 and up will need proof of vaccination for Disney cruise
3 months ago
Weekend break? Here are the 3 best hotels in Northern Ireland right now
3 months ago
Midterm fun: Hook Lighthouse is hosting a spooktacular Samhain weekend
3 months ago
14 gorgeous baby names inspired by locations all over the world
3 months ago
10 spooky things to experience in Ireland this Halloween
Next Page