Close call: Mum finds 2-year-old asleep in the bath at 4am

"I hope this story can educate other parents."

A suitably traumatised Aussie mum has warned other parents to be vigilant after finding her two-year-old boy falling asleep in a bathtub he'd filled himself, in the middle of the night.

I can feel my heart racing even typing those words.

The two-year-old was saved by his four-year=brother, who heard him and alerted his mother.

She took to Facebook to post on a local CPR Kids page as a warning to other parents: "At 4am our four-year-old son came running down to our bedroom shouting that his brother was in the bath and needed urgent help.

"We found our cheeky, adventurous two-year-old in the bath fully clothed with nappy and everything on.

"He had pulled up a stool to climb in (he's never climbed in on his own before), put the plug in, turned the tap on and the bath was overflowing and the bathroom was flooding." 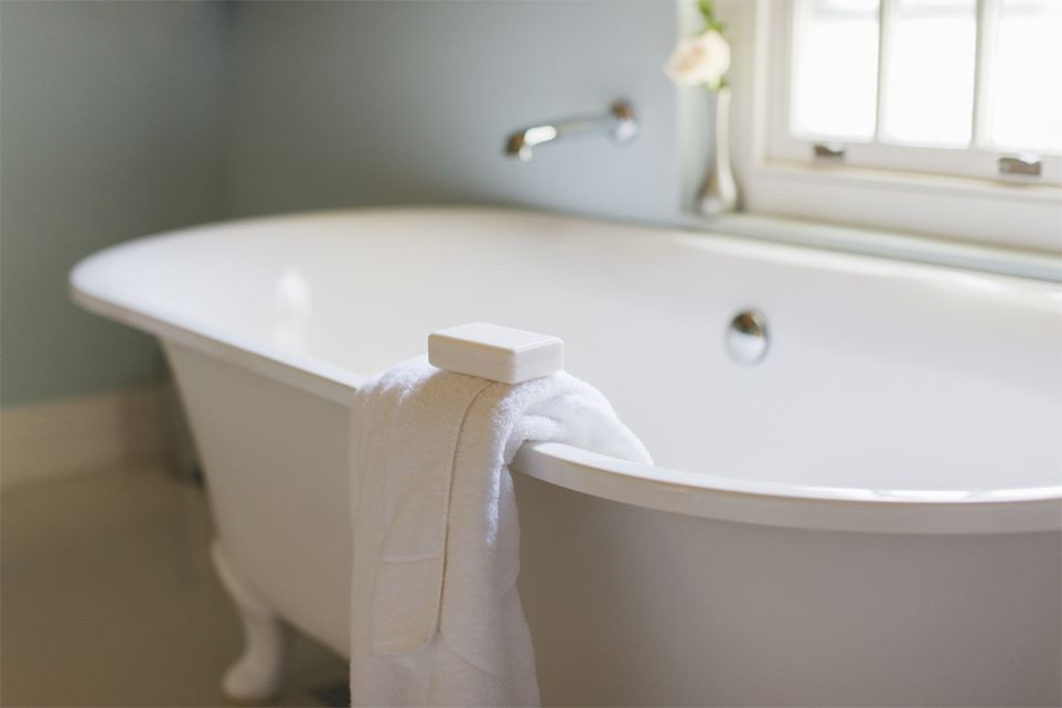 It appeared that he'd been attempting to get out for a while but he had grown tired and was falling asleep on his knees in the bath. She describes this as "the scariest part" and "something I feel deeply traumatised by."

Acknowledging the face that the outcome could have been much, much worse she says: "I just can’t believe what a close call this was. I'm so incredibly grateful my four-year-old woke up as we would never have heard (our room is at the other end of the house) our four-year-old is such a heavy sleeper too so it’s honestly a miracle he woke up."

The boy, Archie, has been examined by doctors and is absolutely fine and the family have safety proofed the house to make sure nothing like this ever happens again.

"Obviously there’s been a lock put on the bathroom door now. The plug is also in a locked cupboard and I have purchased an alarm sensor to put on his door."

These are steps we should all be taking.

"I hope this story can educate other parents because honestly I consider myself to be really on top of child safety, every effort is taken to ensure the safety of our kids at all times but I honestly just never thought of locking away the plug."

popular
HSE issues advice for parents if their child starts choking
Shock after baby is discovered alone in pram late at night in Dublin
Stacey Solomon's fans think they've figured out her baby's name
Andrew McGinley honours his children on their third anniversary
Conor McGregor hit by car ‘at full speed’ while cycling
Infant boy dies in tragic accident in West Cork
The car seat hack that could save your child's life in an accident
You may also like
1 year ago
A man has been charged with the murder of father, Michael Tormey
1 year ago
Father of girl reported missing last week despite being last seen in 2019 arrested
1 year ago
How to be a body positive parent (Spoiler: It starts with you!)
1 year ago
Latest Squid Game-inspired online challenge leaves kids needing skin grafts
1 year ago
WATCH: A new Irish horror movie starring Derry Girls' Jamie Lee O'Donnell is coming soon
1 year ago
Tiger King season 2 is officially hitting our screens
Next Page