A man who comforted people abandoned by their families for being gay has called on parents to love their children no matter what.

The father-of-two and a group of friends attended the event wearing t-shirts emblazoned with the words 'free dad hugs' and 'free mom hugs'.

He described the stories of two of the people who broke down as they accepted his hugs in a post on Facebook.

"They haven't spoken to him since. He cried on my shoulder. Sobbed. Squeezed me with everything he had.

"I felt a tiny bit of that pain that he carries with him every minute of every day. He was abandoned because of who he loves." 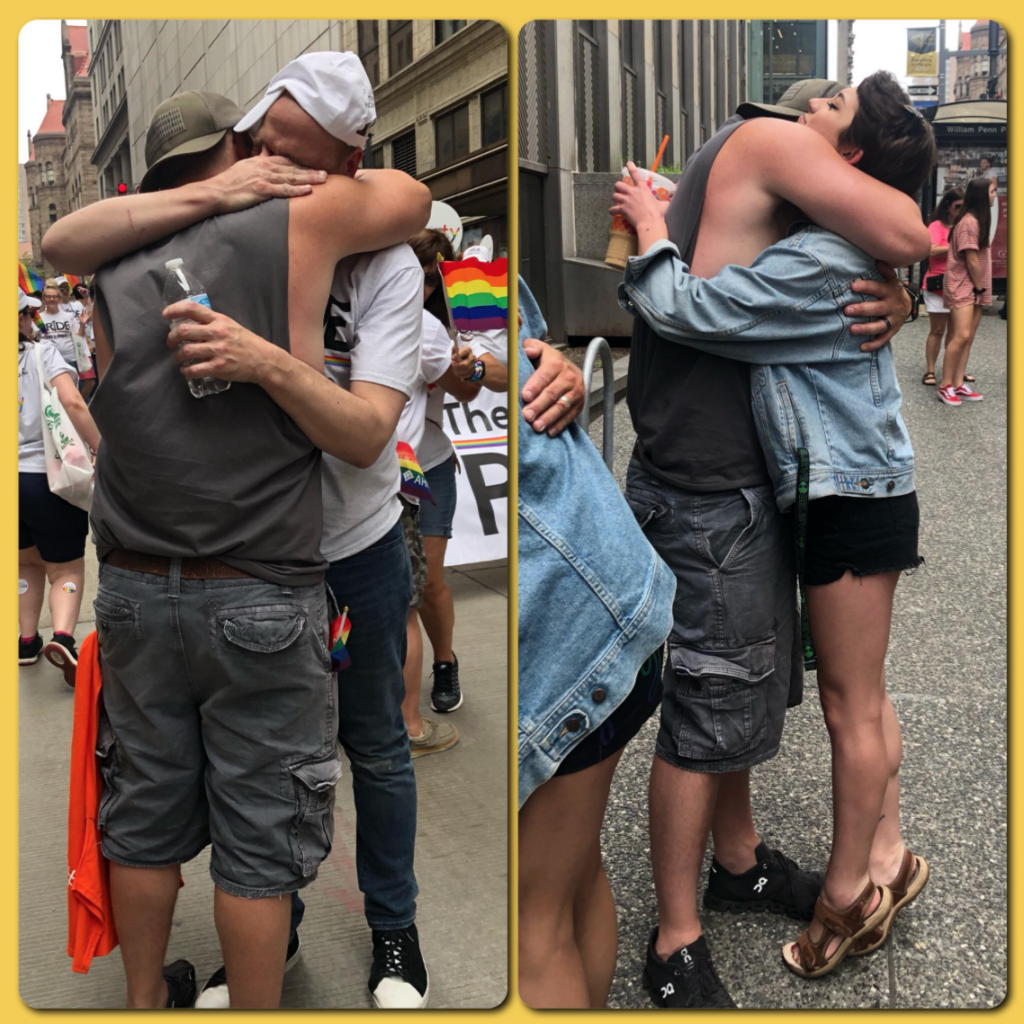 A woman he hugged, Howie continued, looked at him "with a look of sadness and helplessness that I'll never forget.

"I can't stop thinking about her.

"Who does she go to when she needs advice on love, money or just life? Who does she share old memories with that only her parents would have been there for? What are her holidays like? How often does she hope for that phone call, with unconditional love on the other end?"

Howie asked parents to imagine their child feeling so lost that they'll sink into the arms of a complete stranger who is offering free hugs.

"Think of the depths of their pain. Try to imagine how deep those cuts must be.

"Please don't be the parent of a child that has to shoulder that burden. I met WAY too many of them, of all ages, today."

It couldn't really be put better than that.

Find other groups and information here.

popular
Breaking: Female child found with severe injuries in Co. Clare
Fans defend Khloe Kardashian for posing in hospital bed with her newborn
Vicky Phelan speaks about how she dealt with the trauma of her daughter's accident
Vaccine programme to roll out in primary schools
9 baby girl names inspired by Christmas carols
School threatens to suspend pupils who don't follow "outdated" uniform rules
Dads are more attentive to baby girls – and there is a reason for it
You may also like
4 days ago
TV presenter praises royal children – and claims most parents today are raising 'spoiled brats'
1 week ago
By age 8, children should pack their own lunches – and here is why it matters
1 week ago
Positive parenting: 5 signs you are doing a great job as a parent
1 week ago
Some things definitely 'not' to do if you've been up all night with the baby
1 week ago
The Terrible Twos: One mum's advice on coping with this big parenting milestone
2 weeks ago
I am a tween mum now – and here is what I have learned so far
Next Page