5 Facts To Make You Sound Like An Election Expert

Today marks the end of the most bonkers presidential election in the history of the United States.

It won’t be long before we know if it will be former Secretary of State Hillary Clinton or The Donald (shudder) in charge of one of the most powerful countries in the world. At this point, there’s very little left to say that hasn’t already been said in debates that, at times, closely resembled The Jeremy Kyle Show.

So here’s five facts you can bandy about to make you sound like an election expert:

1. Each U.S. state is given a certain number of votes dependent on their Congressional representation in what's known as 'the electoral college'. There are 538 electors in the college. For example, California has fifty-five votes but New Hampshire has four; the candidate that wins a state secures its votes. Whichever candidate wins 270 votes will become the 45th president of the United States of America.

2. Most states are either majority Republican or Democrat, and the results in these places are a foregone conclusion. For example, California will be a win for Hillary Clinton but Texas will vote Trump.

3. Other sates are what's known as 'battleground states', where polling remains too close to call. The best example of this is Florida, which has 29 votes and polls are showing a dead heat at 46.9 per cent. If Trump loses Florida, his presidential bid is over. 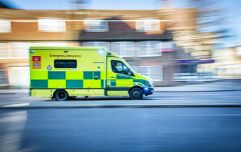 END_OF_DOCUMENT_TOKEN_TO_BE_REPLACED

4. Gender plays a role in American voting patterns. Since the 1980s, women have been more likely to vote than men. While men tend to lean towards the more conservative Republican party, women tend to align themselves with the Democrats.


popular
"We need our little girl home": Mum of missing 4-year-old Cleo Smith speaks out for first time
70-year-old woman becomes first-time mum after welcoming baby boy
Everything parents need to know about the respiratory syncytial virus
Babysitting your grandkids is actually good for your health, according to science
"It's going to be like this for a few months": Restrictions will stay in place until February 2022
Scott Disick is "really sad" about Kourtney Kardashian's engagement
Heads up: Aldi has a gorgeous toy collection coming this month
You may also like
5 hours ago
Online platform allowing students to report on-campus sexual violence launches
6 hours ago
70-year-old woman becomes first-time mum after welcoming baby boy
8 hours ago
INTO calls for return of schools Covid testing and masks wearing for young kids
1 day ago
Irish parents warned of dangers common seasonal spice poses to kids
1 day ago
Mum discovers breast cancer through breastfeeding her son
1 day ago
Wexford primary school forced to close until next month due to Covid outbreak
Next Page