Emergency services were called to Kildare beauty spot Ardreigh Lock outside Athy earlier today after a kayak overturned on the River Barrow.

The fire service, ambulance, paramedics and garda cars were at the scene on Sunday evening, where a man and young child got into difficulty after their kayak overturned.

According to news reports, the child has been rescued, while the man remains missing.

In a statement, a spokesman for the gardai said: “A multiagency search operation took place today, Sunday 28th February 2021 following reports of a kayak overturning in the River Barrow.

“A juvenile was rescued from the water and was treated at the scene by paramedics.

“A further person is believed to be still missing. 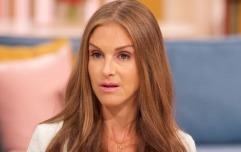 END_OF_DOCUMENT_TOKEN_TO_BE_REPLACED

“The operation has ceased for tonight.”

A large crowd had gathered in the area as emergency services rushed to find the missing man.

The area is popular with walkers and families and was particularly busy with the good weather.

The search has been called off for the evening.


popular
Six stillbirths linked to Covid-19 in Irish hospitals
Lidl's hanging egg chair is coming back to stores this month
Princess Charlotte doesn't have to bow to the Queen but Prince George does - here's why
Looking for pain relief for you and your children? We've got just the answer
Apparently, these are the worst baby names 'of all time' according to people
Costa del back garden: The €300 inflatable water park that will save your staycation summer
The ultimate gift for your Prosecco loving friend? Behold the prosecco scented candle
You may also like
2 hours ago
Six stillbirths linked to Covid-19 in Irish hospitals
2 days ago
One in 10 women in Ireland quit their jobs over pressure of juggling work and homeschooling
4 days ago
Hairdressers and shops looks set to reopen in early May for fully vaccinated people
5 days ago
Teachers unions back motion for industrial action
6 days ago
Head of OECD critical of Ireland's handling of school closures, especially for vulnerable pupils
6 days ago
Man charged as two-week old baby tragically dies after pram hit by car in UK
Next Page