Where does it end?

There is no such thing as free education in Ireland – but realising just how expensive it is to send our children back to school is enough to shock anyone.

Speaking to the Sunday World earlier this week, mum-of-three Stephanie James-Broderick, 35, reveals just how crippling expensive it has become to send your children back to school in Ireland, and hits out at the Government for essentially failing parents who are now forced to cover extortionate school fees.

Broderick, who lives in south Dublin with her family, says the endless list of school expenses is ‘utter madness’.

So far, sending her children back to school has cost close to €2000, Broderick reveals. 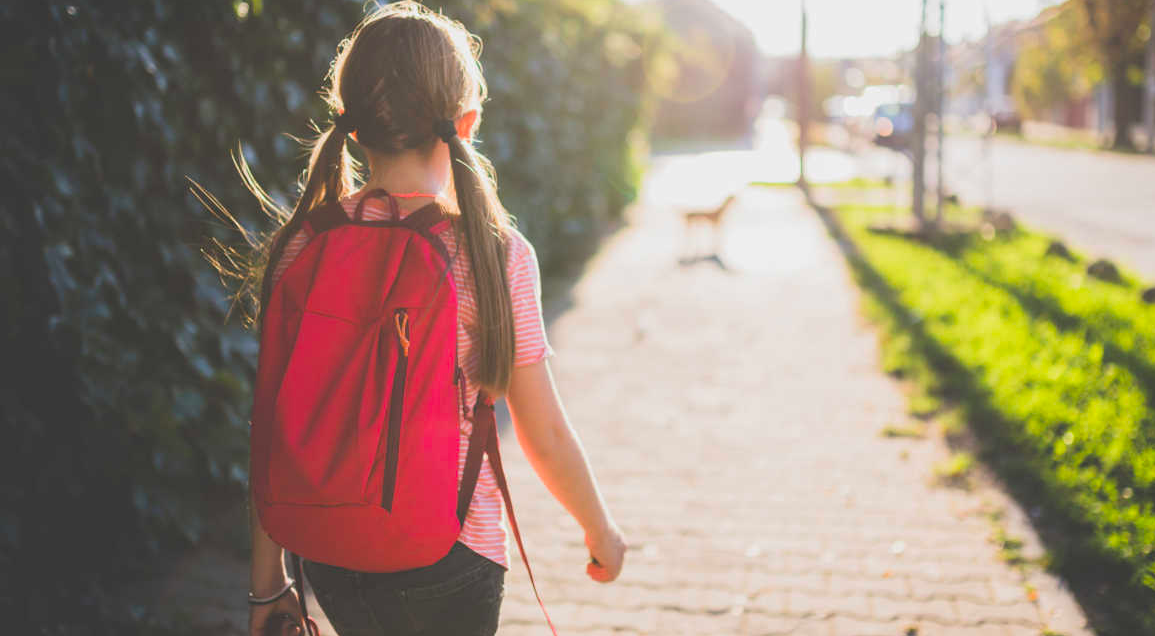 Breaking down the exact cost of back-to-school time for her three children, Broderick explains::

END_OF_DOCUMENT_TOKEN_TO_BE_REPLACED

Another real money pit is uniforms – especially as more and more schools opt for crested ones, and do not allow parents to buy generic uniforms that would no doubt last longer.

“And the uniforms, you can’t buy them in Dunnes, Marks and Spencer or Tesco, you have to buy in the school’s uniform store because they are already crested, they cost a bomb.” 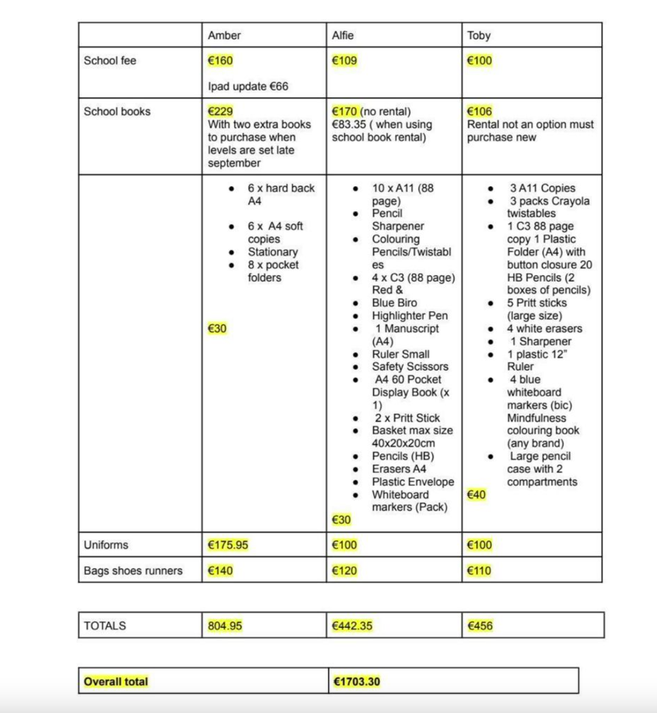 'This is beyond a joke'

Broderick explains that as well as the uniforms, it is the detailed instructions on stationary she finds just as ridiculous and over the top.

“Being asked to provide five branded Pritt sticks and three packets of branded Crayola Twistables for an eight-year-old is crazy when you think of how many of them are in a class. Surely they couldn’t go through that much stuff," the mum-of-three says.

“I totally expect to have to pay towards their education, but this is beyond a joke.”

As for what can be done, Broderick is clear that she thinks the Government has one big job ahead of them – tackle the cost-of-living crisis head-on in the upcoming budget.

END_OF_DOCUMENT_TOKEN_TO_BE_REPLACED

“My husband works for himself in plumbing and gas, and I work in a jeweller’s so I’m lucky we are in a good position but they often increase welfare amounts in the budget by small amounts but our taxes remain the same or higher."

“A more realistic look at what families are left with as disposable income after bills is needed. I’m sure they would find many are left with less than some social welfare reliant families but those very families on paper would be classed as above the limit for welfare supports.”

Bills are up because of inflation

The National Parents Council Post Primary (NPCPP) said bills have risen from €1,250 a child last year to €1,500 now because of inflation.

In response, the Government has provided an extra €100 in the Back to School Allowance this year, but Barnardos says it needs to go further. CEO of Barnardos, Suzanne Connolly said that the Government needs to set out plans to provide a “genuinely free” school system for all children.

The survey found that the basic cost of sending a fourth-class pupil to school was €424 while a first-year pupil cost €814.

popular
Opinion: He may be a politician, but Leo Varadkar's personal life is none of our business
Parents told to stop buying selection boxes for kids- here's why
People are realising what the red Christmas lights are actually for
Woman gives birth to baby boy and girl less than 12 months apart
Expert says Cocomelon acts "as a drug" to kids' brains
Elf on the Shelf is actually pretty bad for your kids, according to an expert
This Netflix Christmas film is being dubbed the perfect rom-com
You may also like
5 days ago
Mysterious clumps in Christmas tree should be removed immediately
2 weeks ago
Man who exposed Jimmy Saville has a new theory about Madeleine McCann's disappearance
3 weeks ago
Spencer Matthews to climb Everest in bid to find brother's body
3 weeks ago
David Walliams could be removed from Britain's Got Talent following 'offensive' remarks
3 weeks ago
Government's five-day domestic violence leave plan criticised
3 weeks ago
No evidence Archie Battersbee was taking part in online challenge, coroner says
Next Page