A heartbroken mum has issued a stark warning to parents about the dangers of big bow headbands after her 14-week-old baby girl suffocated while wearing one.

Leanne Wilson posted the warning to Facebook on behalf of a friend whose daughter tragically died as a result of a headband slipping over her nose and mouth while she lay sleeping in her cot.

The post, which has now been shared over 80,000 times, is titled "all new mums please be aware” and is directed at mums who may be tempted to put the accessory headbands on their babies.

The Glasgow mum, said her friend was 'utterly devastated' after leaving her baby daughter Holly sleeping for half an hour while she showered and changed, forgetting to remove her headband. 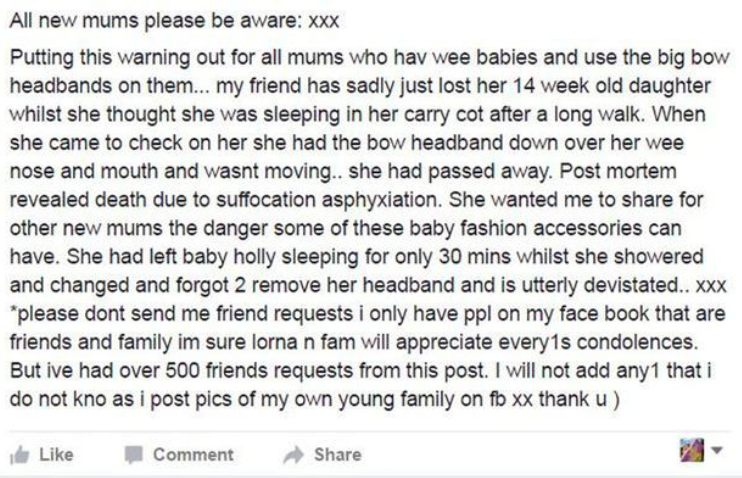 The big bow baby headband craze follows on from the popularity of the controversial JoJo Bows amongst Tweens and young girls.