Authorities in the US are investigating the death of Toddlers & Tiaras star Kailia Posey.

The Whatcom County Sheriff's Office in Washington State has confirmed to People that it is part of a multi-agency investigation into the death of the 16-year-old, who appeared on the TLC reality show when she was five years old.

On Monday, Kailia's mother Marcy Posey Gatterman confirmed the news of her daughter's death in a Facebook post alongside a photo of her dressed for prom.

"I don't have words or any thoughts. A beautiful baby girl is gone," she wrote.

Neither Kailia's mother nor the investigating agencies confirmed her cause of death.

Toddlers & Tiaras, which originally aired from 2009 – 2013, was a controversial series that documented the world of toddler and child pageantry. It gave rise to the fame of Honey Boo Boo and made a number of its stars recognisable faces through viral gifs and memes.

Kailia became one of the show's most viral faces after a reaction she gave during the interview confessional portion of the show became a popular gif. 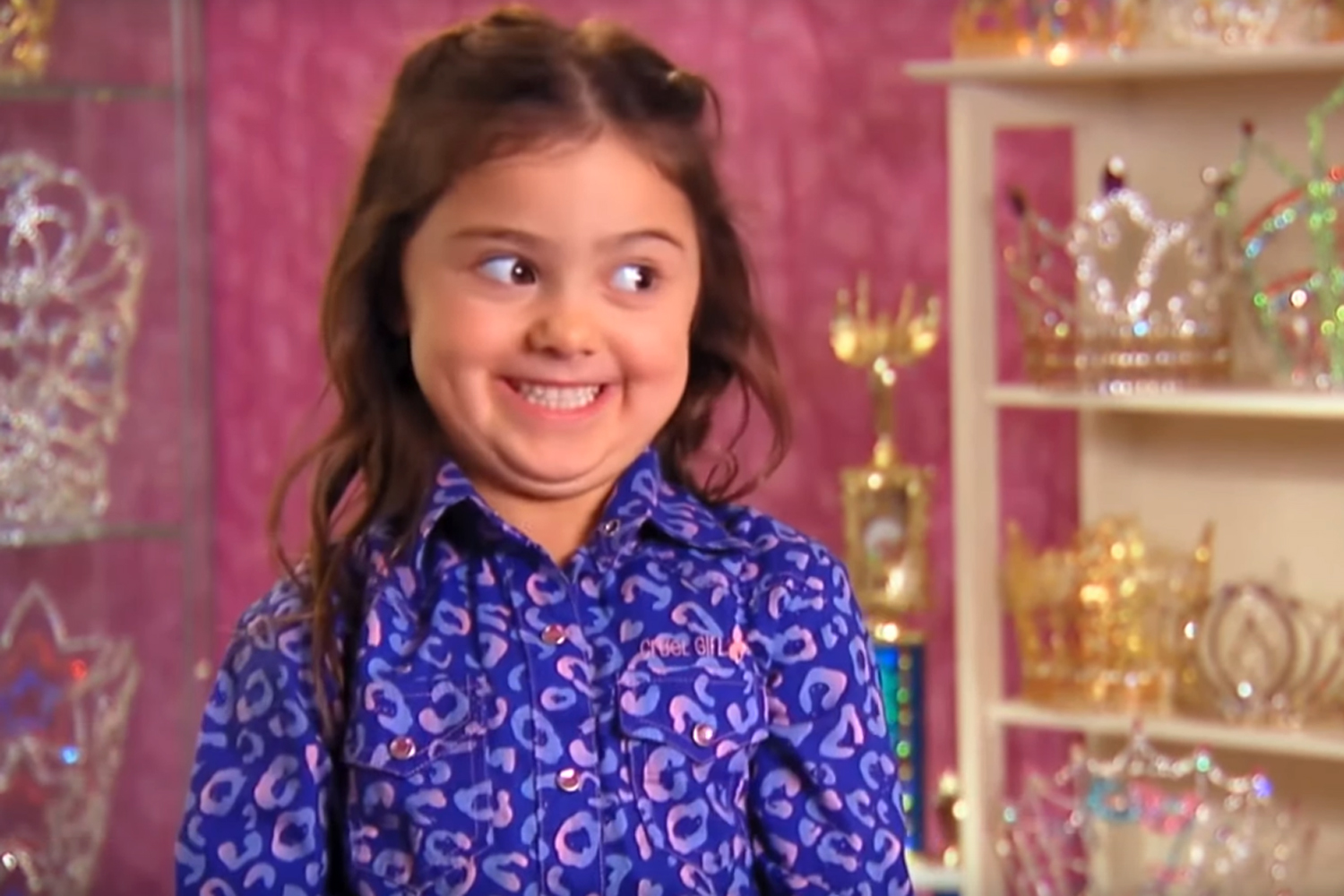 The teen continued competing in pageants long after her stint on the show, even announcing as recently as January that she would be competing in Miss Washington Teen USA.

Update: Hours after this article was published, it was reported by TMZ that Kailia's family confirmed she sadly died by suicide. The Kailia Posey Teen Crisis Intervention Fund has since been set up in her honour, aiming to provide "much needed resources to students in crisis".

If you or someone you know needs support, help is available. You can contact Samaritans on 116 123.


popular
6 fun things to do in Dublin on your next family day out
Children wearing wrong-sized shoes and pyjamas in daytime as parents cut costs
I tried 'slow parenting' for a year and I'm never going back
Vicky Phelan shares message of support with Charlie Bird as she deals with pain
Parent's Benefit Leave extended from today - here's what you need to know
"You're disgusting": Prince William roars at photographer who was 'stalking' his family
20 Unisex Irish Baby Names That Are Absolutely Magical
You may also like
3 days ago
Free contraception to be rolled out for women aged 17-25
3 days ago
19-year-old in critical condition after severe car accident in Cork
4 days ago
Children wearing wrong-sized shoes and pyjamas in daytime as parents cut costs
6 days ago
Abortions at record high – with cost of living and job insecurity partly to blame
6 days ago
Irish Cancer Society launches campaign for deferred maternity leave for cancer patients
1 week ago
Gardaí investigating serious shooting incident in Dublin
Next Page