Kate Middleton had a low-key night out with mums from George and Charlotte's school.

Apparently, Prince Harry's favourite pub has a secret entrance and Kate got to try it for herself recently.

Yes, it seems that Prince Harry used to frequent The Hollywood Arms and as he was a member of the royal family and didn't want any fuss, there was a secret door installed so he could come and go as he pleased.

The London venue is quite a popular spot but now that Harry is a busy dad, he doesn't have quite as much time on his hands and so the door has been out of use.

Until Kate Middleton had cause to enter through the secret entrance recently.

Apparently, Kate popped to the pub to attend a gathering for parents of pupils attending Thomas's Battersea, the school her children George and Charlotte go to. 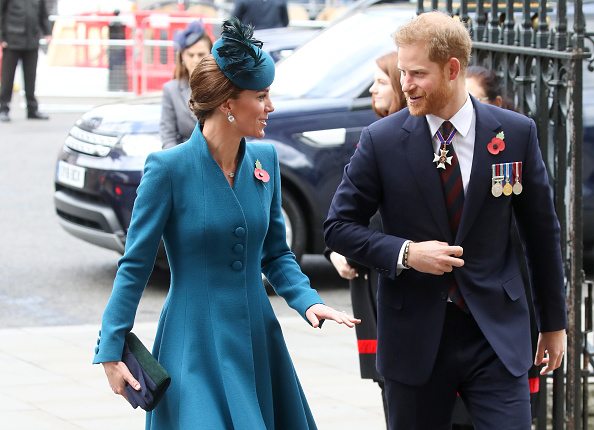 According to The Daily Mail, a 'meet and greet' event was held at the Hollywood Arms with Kate heading along to meet other mums and dads.

She had just one royal protection officer with her and if reports are to be believed, the secret door worked like a charm.

END_OF_DOCUMENT_TOKEN_TO_BE_REPLACED

The gathering was held in the Boulevard Bar, a private area which holds 80 people and costs £2,500 to hire.

The hidden entrance meant that Kate could get in and out without being spotted by paparazzi and passers-by and it's refreshing to see that she goes to all the same things that other parents do.

An interesting side note is that The Hollywood Arms was previously owned by Willow Crossley and her husband Charlie.

They sold the premises in 2015 and Willow became an accomplished floral designer with her arrangements adorning Windsor Castle for Prince Harry and Meghan Markle's wedding.


popular
10 beautiful baby girl names none of your friends will have thought of first
Positive parenting: My little boy would never listen to me – until I tried something new
10 baby boy names forgotten in time – that we reckon deserve a second chance
#ToBeHonest: the tea and toast after giving birth is the best meal ever
Royally cute: 15 regal baby girl names perfect for your little princess
11 old lady baby names that are completely perfect for your little dear
14 super sweet and short Icelandic names perfect for baby girls
You may also like
2 months ago
Prince Harry and Meghan Markle volunteer to deliver meals to vulnerable in LA
2 months ago
Harry and Meghan say they will 'not be engaging' with UK tabloid press anymore
2 months ago
Meghan Markle and Prince Harry have revealed the name of their new non-profit organisation
2 months ago
Insider shares update on how baby Archie is adjusting to life in California
3 months ago
'You've been great' It looks like Harry and Meghan just shared their final Instagram post
3 months ago
'These are uncertain times' Prince Harry and Meghan Markle release a statement on Covid-19
Next Page