The location that sold the €500,000 winning EuroMillions ticket has been confirmed

Someone in Ireland started the weekend €500,000 richer after Friday night's EuroMillions draw.

The National Lottery previously confirmed the winning ticket was sold in Cork, but now we have an exact location.

“Its tremendous news to get and this is the second time in two years we have sold a National Lottery winning ticket worth €500,000 as in September 2017 we sold a Lotto Plus 1 winner.

“We have no idea who the winner could be as Mahon Point Shopping Centre is the largest in Cork so it really could be anyone.

“We will be encouraging all our customers today to check their tickets as it could be them but to we hope it brings a lot of happiness to the winner, whoever he or she may be.” 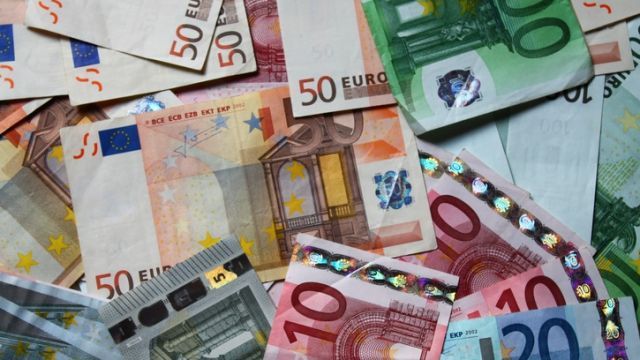 A National Lottery spokesperson urged EuroMillions players in Ireland to double-check their tickets, as they celebrated the 23rd winner of the EuroMillions Plus in 2019.

"2019 has been a truly historic year from a EuroMillions perspective as this year has seen the highest prize pay-outs for winners, buoyed by the €175.4 million win by the Naul Family Syndicate in February, and we could well see a new record number of EuroMillions Plus winners.

“Recently, the EuroMillions jackpot reached the €190 million cap and this excitement has really resonated with our players who won over €25.9 million in prizes since the roll started in July and those players have helped up to raise a massive €24.8 million for Good Causes all over Ireland such as local charitable organisations, sports clubs and community groups.”


popular
You can now order a full pandemic safety kit for your Elf on the Shelf (yes, really)
River Island has come under fire for selling clothing that 'should not be for children'
These 5 Foods Could Increase Your Chances of Having Twins
Aldi to limit number of Christmas toys customers can purchase
Unstructured play is vital for kids, so we need to stop entertaining them
Aldi will be releasing even more 'knock out' toys in the run up to Christmas
The only people obsessed with pets are the people who don't have children
You may also like
5 days ago
Irish teenagers are losing “vast amounts of money” through online gambling
3 weeks ago
The number of reports of child abuse in Ireland has reached its highest level in a year
1 month ago
Socially distant Santa: There is a drive-in Santa experience happening in Dublin this festive season
1 month ago
Take part in HB Ice Cream Sunday tomorrow – in support of Down Syndrome Ireland
1 month ago
There has been a massive increase in Irish children being prescribed anti-depressants
1 month ago
Cancel whatever plans your had for Sunday and go watch E.T. at this Dublin drive-in cinema
Next Page