A documentary team have handed new information to lead investigators.

Madeleine McCann investigators have reportedly been given some "shocking" new evidence that could "heavily incriminate" the 15-year-old case's leading suspect.

Individuals working as part of a documentary team behind an upcoming prime-time piece for German TV channel SAT.1 are said to have handed “many new clues and indications” to the detectives probing convicted paedophile, Christian Brueckner.

Brueckner is already the subject of another documentary coming to Channel 5 which had initially been rumoured to supply evidence that would rule him out as a suspect.

Brueckner is believed to have been staying in a camper van near the Ocean Club resort in Praia da Luz - a municipality in the Algarve region of Portugal - when the then 3-year-old went missing on May 3, 2007.

He still remains the primary suspect at this time and police officers were even sent undercover to try and extract information from him in Oldenburg prison, Germany. 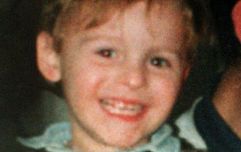 END_OF_DOCUMENT_TOKEN_TO_BE_REPLACED

Announcing the SAT.1 investigative: project entitled, 'New leads in the Maddie case. Is the German Christian B. the perpetrator?', journalist Jutta Rabe and her colleagues are said to have found material in Germany, England and Portugal, that points towards Brueckner being involved.

While the documentary itself has no release date yet, SAT.1 Editor-in-Chief, Juliane Eßling says "the sad story of Madeleine McCann is a story that has many German facets" and that "there are many around him... who can describe individual details about the crime."

Brueckner is now believed to be in solitary confinement but his alleged part in the long-running case will be heard in the Higher Regional Court of Braunschweig.

popular
Father took daughter to hospital three times before she died of Strep A
CMO confirms death of child in Ireland from invasive Strep A
The government has launched a new funding model for Irish childcare services
"Hard to be a parent": Made In Chelsea's Maeva D’Ascanio rushes newborn son to A&E
Here's your chance to WIN a €500 toy voucher just in time for Christmas, with Petits Filous
Billie Faiers reveals the name of her third child
Woman dies in Mexico after couple "cut" unborn baby from her womb and claim it's theirs
You may also like
2 months ago
Breaking is the haunting novel parents need to read this October
3 months ago
New Zealand family find two bodies in second hand suitcases
4 months ago
"I didn't do it": Rebekah Vardy sobs in TV interview after Wagatha Christie defeat
4 months ago
Musings: Are burglars using this trick to figure out if we are home or not?
5 months ago
R Kelly sentenced to 30 years in prison for sex trafficking and racketeering
6 months ago
Gardaí investigating alleged assault on teenage girl in Dublin
Next Page