It has been an unbelievable few months for the #GirlBoss that is Marissa Carter.

Last month, Marissa launched Carter Beauty Cosmetics, which is made up of an incredible 103 products.

All in a days work.

And now, Marissa is taking a bit of a break from being the CEO and founder of Carter Beauty Cosmetics and Cocoa Brown.

For a pretty amazing reason!

The entrepreneurial guru and Instagram star has travelled to Guinea-Bissau, where she's with children’s rights charity Plan International Ireland – for whom she is an ambassador.

Leaving my little messers is always hard but feeling it today more than usual! Emotions and nerves are setting in. I'm stopping over in Portugal first for one day and then heading to Guinea Bissau (West Africa) on a field trip as Ireland's ambassador for @plan_ireland to experience first hand the incredible work the charity does there. I'll be sharing as much as I can on insta stories so hopefully you guys can experience it with me. I know from speaking to other people who have gone on similar trips that this will be life changing. Send me love and light lovelies! MC x

The charity runs several development programmes in the West African country, which is one of the world’s poorest nations.

Marissa will visit a Village Savings and Loans groups, which focuses on transforming girl’s and women’s lives through financial independence and empowerment. 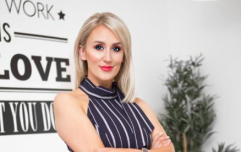 'It broke me...' Marissa Carter speaks about her heartbreaking miscarriages

END_OF_DOCUMENT_TOKEN_TO_BE_REPLACED

She will hear stories of female entrepreneurship and the meaningful difference access to credit has made to their lives and families.

CEO and mum-of-two Marissa was particularly drawn to the children’s rights charity because of their Because I Am A Girl movement.

I have been given the incredible opportunity to see first hand how sponsoring a child through @plan_ireland can transform lives. Follow my journey this week on insta stories as I visit Bissau, Gabu and Bafata in West Africa and take a look their education, FGM and Village Savings and Loans Scheme programs. #TeamPlan #BecauseIAmAGirl

This movement was initiated because girls in the developing world are more likely to be denied access to education, experience violence, be forced into early marriage, live in poverty and go hungry.

Improving girl’s rights, access to school and putting an end to early marriage can transform entire communities – and this is what Plan International Ireland works to achieve.

Speaking about her role as ambassador for the charity, Marissa said:

‘’I was really drawn to Plan Ireland for their Because I am A Girl movement. The movement supports the youth-led, global movement for girls’ rights and gender equality." 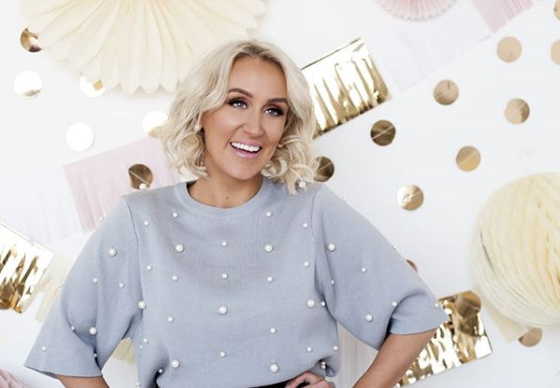 "Across the world girls suffer injustices every day simply because they are young and female. I want to support girls to take the lead and influence decisions that matter to them so they have the power to transform their futures’’.

The visit is timely ahead of 11th October when International Day of the Girl will be marked across the world.

Be sure to keep an an eye on Marissa’s Instagram stories which are sure to be amazing.


popular
Man reveals he spent an hour trying to save Irish girl (7) in Majorca
Mum gets the fright of her life after cheap tea-lights set house on fire
Patrick Kriegel couldn't cope with the loss of his daughter Ana
Tipperary tragedy: Eldery man died from natural causes
School bans pupils from hugging and high-fiving
Traveller community devastated after two children die by suicide
"It's not even funny anymore": Love Island boys accused of 'bullying' Ekin-Su