Mothers outside the Dáil once again to demand maternity leave extension

There has still been no confirmation on a maternity leave extension.

Last month, then Taoiseach Leo Varadkar said that he would consider extending maternity leave in Ireland by several additional weeks.

This came after mothers presented a petition to the Dail signed by over 25,000 people.

Since then there has been no word on if there will be any follow through with the maternity leave extension, especially now that we have a new Taoiseach. 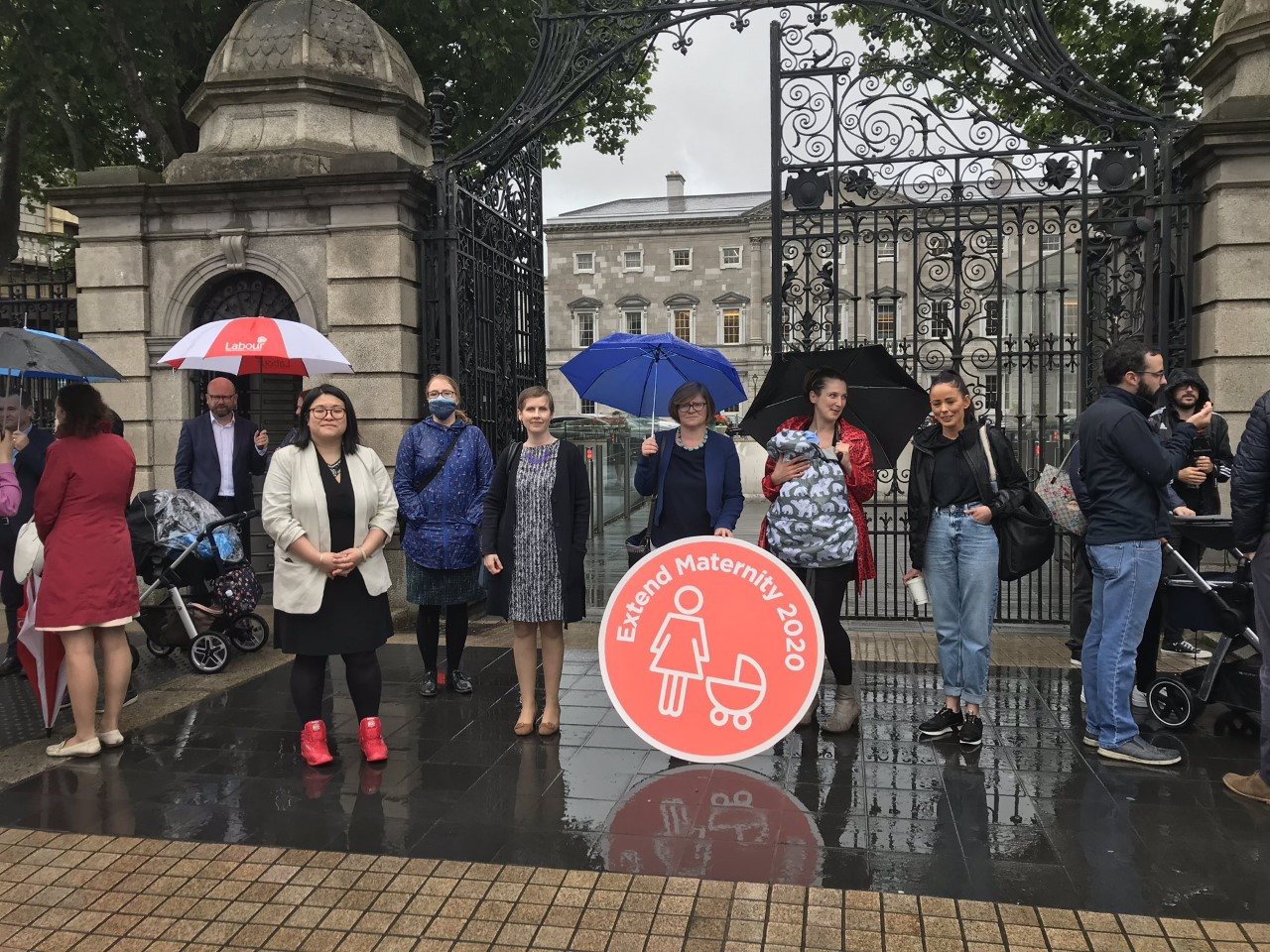 Yesterday a group of new mothers who formed the Extend Maternity Campaign met outside the Dail to demand a three month extension to maternity leave, as they've had no response from ministers.

Paula Solan, one of the women leading the campaign said;

"There was an initial positive response from then Taoiseach Leo Varadkar, on June 11 2020, after we handed in a petition signed by 28,000 people, calling for this extension to maternity leave and pay.

There is a real urgency to this situation, as many of the women impacted are due back at work in the next week or two.

We are already hearing from women being forced to resign from their jobs due to the lack of childcare available for this age group.

We’re calling on Minister Helen McEntee and Minister Heather Humphries to agree to this extension of three months as a matter of urgency."

Women who were on maternity leave during Covid-19 did not have access to the usual supports, and digital campaigning organisation Uplift and NWCI are supporting their calls for a once-off extension to maternity leave and pay by three months.


popular
Kids still got a pesky case of lice even with school out? Here's how to fix it
Lockdown with the kids: 8 thoughts every mum has had during isolation
Anything but traditional: 10 boho baby names all trendy parents will love
This cot hack is so handy if you have two babies using a cot at the same time
Can you pronouce these 7 'unique' baby names? They're trickier than you think
If your toddler has cavities it might be down to how much toothpaste they use
I'm A Celebrity, Get Me Out Of Here moves to ruined castle in UK this year
You may also like
2 days ago
Gardaí seeking the public's help in finding teen missing since last week
1 week ago
Ronan Keating gushes over wife Storm and shares adorable snap of baby Coco
1 week ago
Government announces €375m plan to reopen schools next month
1 week ago
Staycation scams: Warning issued for home holiday makers this summer
1 week ago
Where The Crawdads Sing is about to become a Hollywood movie – and it's all thanks to Reese Witherspoon
2 weeks ago
Taoiseach has confirmed that all schools are to fully reopen next month
Next Page