June's figures were almost triple that of May.

Europe's biggest airline, Ryanair, has confirmed its fleet carried 5.3 million passengers during the month of June.

Figures published today show the airline's passenger total last month was a stark difference to the 400,000 passengers it carried in June 2020.

It was also three times higher than the 1.8 million who travelled with the airline in May.

The number is a win for Ryanair, as CEO Michael O’Leary had reportedly targeted four million for June when the company published financial results in May.

Aiming for the now-beaten target, Ryanair had added flights throughout June as European states eased Covid-19 travel restrictions in light of the vaccine rollout. More than 38,000 flights were operated by the airline last month, average a little over 1,260 a-day. 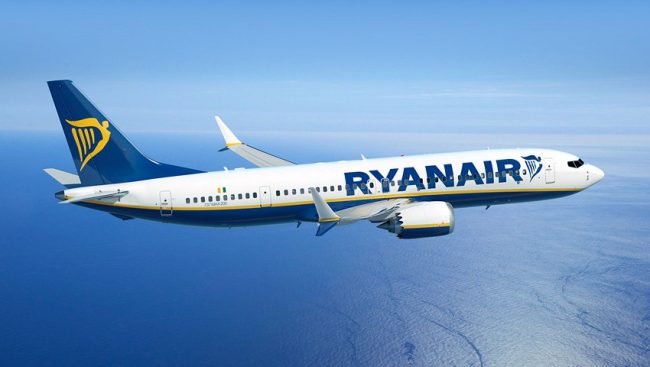 END_OF_DOCUMENT_TOKEN_TO_BE_REPLACED

A total of 8.1 million flew with the airline in the first quarter of its financial year, ending June 30th.

The summer of 2019 instead shows a staggering difference, where 14.2 million passengers flew with the airline in the month of June alone pre-pandemic.

The EU launched its digital Covid certificates this week amidst rising concerns over the Delta variant. This allows those vaccinated from or immune to the virus to travel freely throughout EU member states.

Ireland is due to implement the digital system on July 19.

popular
Lauren Graham shares who she thinks Rory's baby daddy is
Babies respond to their mothers' touch even before they are born
Brian Dowling: "Aoife never thought the baby was hers"
Expert says Cocomelon acts "as a drug" to kids' brains
Elf on the Shelf is actually pretty bad for your kids, according to an expert
These 40 baby names are set to trend in 2023
7 Christmas markets and Santa experiences to visit with kids this winter
You may also like
1 week ago
Spencer Matthews to climb Everest in bid to find brother's body
2 weeks ago
David Walliams could be removed from Britain's Got Talent following 'offensive' remarks
2 weeks ago
Government's five-day domestic violence leave plan criticised
2 weeks ago
No evidence Archie Battersbee was taking part in online challenge, coroner says
1 month ago
Former President Mary McAleese commemorates child victims of the Holocaust
1 month ago
Emma Watson pens heartfelt tribute to Robbie Coltrane
Next Page