Another child has died from the latest TikTok 'challenge'

A viral TikTok challenge has taken the life of a child.

10-year-old Nyla Anderson from Chester, Pennsylvania took part in the Blackout Challenge when she saw it on the social app.

The Blackout Challenge dares participants to hold their breath until they pass out. The challenge predates social media but has found a resurgence on TikTok. Sadly, it wasn’t the first time this challenge has ended in death.

Nyla, she was alone when she died, Elizabeth Wood, a licensed clinical social worker at a local hospital, told ABC 7 News: "She happened to be in her own bedroom of her house, with her family at home," . "But no one was in the bedroom with her when this happened, so there was no one there to save her."

Nyla’s family rushed her to the hospital, but it was too late.

Nyla is the fifth child who has died from doing the Blackout Challenge in 2021. According to The New York Post, several children have died, including 9-year-old LaTerius Smith Jr., a 12-year-old from Oklahoma, a 10-year-old Italian girl, and 12-year-old Joshua Haileyesus from Colorado. 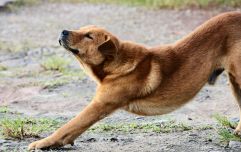 END_OF_DOCUMENT_TOKEN_TO_BE_REPLACED

The Blackout Challenge has been around since the ‘90s, previously referred to as 'the choke challenge' or 'the fainting game', The New York Post reported. The Center for Disease Control and Prevention found that between 1995 to 2007 there were 82 probable choking deaths caused by the 'choking game.'


popular
Stacey Solomon slams 'one night of freedom' stag-do ahead of wedding
Meghan Markle visits Texas school shooting memorial
9 of the best outdoor family experiences in Ireland's Ancient East
Deborah James praises doctors who gave her more time with her children
"Get over it": Gino D'Acampo responds to backlash after kissing daughter on lips
"Back where she belongs": Saoirse Ruane leaves hospital after 9 days
Dealing with sick tummies, sore heads or high fevers? We've got the perfect solution...
You may also like
2 weeks ago
Teens are using TikTok to self-diagnose personality disorders – and here's why this is worrying
2 weeks ago
'Coastal grandmother' is the viral 2022 fashion vibe you did not see coming
2 weeks ago
A TikTok-er showed the size of an epidural needle, and yep, it's huge
3 weeks ago
Young Ukrainians show the reality of war through TikTok
3 weeks ago
Woman who has a stammer offers advice for parents of toddlers who stammer
1 month ago
"Is this normal?" Mum shares image of her baby's purple feet and TikTok-ers help
Next Page