I was at the park recently with my children and there were so many kids with plastic backpacks and Aaron Carter haircuts that I thought I was in a time warp.

The 90s are back and I can't even deal with the fact that it's been nearly 20 years since the decade ended. I think we all get nostalgic for the time we grew up in but I do genuinely think the 90s was a great decade to be a kid.

Everything was brightly coloured, inflatable was the word du jour but best of all in my opinion were the toys.

I loved my toys so much and I genuinely found it hard to part with a lot of them. At least now I can pass them on to my own kids so they can live some of the 90s magic.

Nothing said legit 90s kid like the Gameboy Color and I had the clear purple one so I was too legit to quit.

I took mine absolutely everywhere with me and got the head eaten off me many a school night for getting caught playing it under the duvet with a torch. No backlight so the struggle was real.

My son is as obsessed with it as I was and has beaten all of my high scores...he is now disowned.

Polly Pocket was my absolutely favourite toy. I just loved that it was girly but also a bit of a gadget. 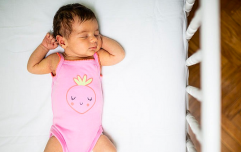 END_OF_DOCUMENT_TOKEN_TO_BE_REPLACED

Now she was a bit of a pest for diving down rain shores and going on the missing list and the makers obliviously thought so too because they turned her in Polly Huge but we won't talk about that.

My daughter is still too young for them but my son thinks they're deadly, especially the big Cinderella castle one that lights up. It's also made of clear plastic, because 1990s.

Many a rainy summer day in a Wexford caravan was spent creating amazing outfits with my fashion wheel.

I really thought I was Coco Chanel when I got this thing fired up, well Coco Chanel if she had a passion for huge shoulder pads and zebra print, the stencil options were anything but subtle.

My daughter already loves watching Project Runway so I can’t wait to root this out of the press and get the family fashion business going.

Like any self respecting child of the 90s, I had Pokemon everything...hashtag no shame.

Cards, stickers, Pokedex, GameBoy games, those heavy gold cards in the Pokeball you could collect from Burger King, you just gotta catch them all.

Due to the resurgence of Pokemon popularity with Pokemon Go, my kid is already well aware of the magical world of Pokemon and is addicted to the show, games and Pokemon cards. In other words success, the younger generation has been infiltrated.

I don’t remember ever conciously collecting Troll dolls or asking for them for Christmas but somehow they found their way into my life and I still accidentally stand and trip over one from time to time.

Like most toys of the 90s, these guys have made a comeback and even had their own make up range at MAC.

My kid thinks these are great craic and to be honest so do I, that’s why I’ve never been able to get rid of them.


popular
Woman hit by a motorbike in Dublin city fighting for her life in hospital
Stacey Solomon slams 'one night of freedom' stag-do ahead of wedding
Deborah James praises doctors who gave her more time with her children
Meghan Markle visits Texas school shooting memorial
Dealing with sick tummies, sore heads or high fevers? We've got the perfect solution...
9 of the best outdoor family experiences in Ireland's Ancient East
"Back where she belongs": Saoirse Ruane leaves hospital after 9 days
You may also like
9 months ago
Owning a Tamagotchi prepared me for parenthood in a way no parenting book could
2 years ago
The 10 kids' films that completely traumatised me as a child
3 years ago
Mattel are releasing these dolls and every 90s sci-fi kid is going to want one
3 years ago
Still have your old Polly Pocket? It could make you a FORTUNE now
3 weeks ago
How can I tell my son I no longer want to babysit my grandchildren?
3 weeks ago
Study finds 62 per cent of Irish dads don't feel comfortable talking about struggles
Next Page