Do you REALLY know when you're ovulating? Most people don't...

You would think that in this day and age, finding out whether you are ovulating would be an easy task, but few detection methods are 100 per cent reliable or accurate.

The only guaranteed way to confirm ovulation is if you discover you’re pregnant. Granted, this is not a very practical way to ‘test’ if you are ovulating, so here's a run down of the varying methods you should consider if you are unsure of what's going on during your menstrual cycle.

‘I can tell when I am ovulating each month. I feel a cramping sensation in my side.’

I’m afraid that while ‘mittelschmerz’ or mid-cycle pain is a common symptom for lots of women, it offers no guarantee that you are ovulating. The pains could be due to patches of endometriosis reacting to hormone surges or even due to irritable bowel syndrome. Even if the twinges you experience are an indication that the ovaries are responding to hormonal surges, it still doesn’t prove that you have actually ovulated.

If you browse any online fertility forum you are likely to see the acronym ‘EWCM’, which stands for ‘egg white cervical mucus’. Not a very pleasant sounding phrase, but it is the best way to describe what a woman’s cervical mucus looks like during the fertile window preceding and during ovulation.

The thing about cervical mucus is that it varies widely from woman to woman. I have seen women become terribly distressed about their cervical mucus because it's not looking the way they think it should, yet it turned out that they were ovulating and were able to conceive. As long as you are having some kind of cervical mucus during your cycle, that is okay.

Also known as ‘temperature charting’, this practice is used to document the varying temperature changes that take place during a woman’s menstrual cycle. Temperature readings are supposed to be taken first thing in the morning when body temperature should be at it’s lowest and then taken at the same time each day over the course of the entire menstrual cycle. 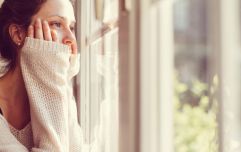 END_OF_DOCUMENT_TOKEN_TO_BE_REPLACED

The reason I am not overly keen on BBT charts is that they are laborious and time-consuming, with many women becoming a bit obsessed by the whole process, which certainly doesn’t help with stress reduction while trying to conceive. They have also been found to have just a 30 per cent accuracy for detecting ovulation, which is not great, when you consider that ovulation predictor kits have a 100 per cent accuracy rating.

The most reliable ovulation methods

‘OPKs’ as they are often called, can be a very useful gauge of your fertile days when trying to conceive. They are designed to measure surges in luteinising hormone, which indicates that your body is priming for ovulation and have a very good prediction rate, provided you don’t have an irregular cycle.

If you have PCOS, where your cycle could range anything from 26-55 days, you could easily miss your fertile window. You might decide to test every day in your cycle to try to catch the moment of ovulation but these kits don’t come cheap, so that’s not a very practical option. It would be important to back up this test with other fertility checks to make sure that you have actually ovulated.

Ultrasound scanning to track the development of the egg follicles is one of the most dependable ways to check whether you have ovulated or not. Scans are performed during the follicular phase, monitoring the development of the egg follicles until ovulation takes place. The scans are able to detect whether ovarian cysts are visible or tell you if it looks like you may have polycystic ovaries, where many cysts are visible on the ovary. This is important information as in most cases, PCOS will inhibit ovulation.

This is a simple blood test that measures levels of progesterone at the point when levels should be at their peak in your cycle. Levels should be at least 30 nmol/L or higher to indicate that you have ovulated and that the corpus luteum is working well. Again, you might need to take readings on a selection of days if your cycle is irregular. A higher progesterone level is also important if you are trying to get pregnant, as there is a much better chance of implantation in that case.

popular
This is everything women need to know about ovarian cysts
Study says that dads get more sleep than mums and tell us something we don't know
These 40 baby names are set to trend in 2023
Bride asks for divorce day after wedding following groom's disrespectful cake stunt
Babies born in February have some pretty cool advantages – no, really – it's true
Viewers in tears after last night's emotional episode of DIY SOS
Man sues friend for £1.9m after she refused to be his girlfriend
You may also like
3 months ago
5 things all women should know about Polycystic Ovary Syndrome (PCOS)
4 months ago
Winter might be the best time to get pregnant – and here's why
4 months ago
More babies will be born on Monday than any other day in the year
5 months ago
Lengthening a woman's fertility may extend her life as well, studies find
5 months ago
Woman welcomes baby boy after artificially inseminating herself with €30 at-home kit
6 months ago
DIY Healthcare: At-home fertility testing launches in Ireland tomorrow
Next Page