When I was pregnant – both times – I refused to find out the sex of the baby before it was actually born.

This despite the fact that everyone –including my friends and even midwives – seemed puzzled at this notion, and couldn't understand why I didn't want to know.

The thing is; obviously; I wanted to know. I was dying to know. But I also didn't want to ruin the biggest surprise(s) of my life. And also; I actually had so much fun with the guessing games.

Cold hands? Must be a girl. ALL bump? Surely I was having a boy? Glowing skin? Boy. Craving sour things? Girl. I drove myself (and everyone else around me) nuts with all my sign-spotting and guessing.

Because guess what, guys? There are tons of old wives tales out there and weird superstitions that supposedly reveal whether you’re having a boy or girl. Most of the time, though, as I soon discovered, these are totally bananas. However, as it turns out, weirdly enough, the one about bananas is actually – according to science – somewhat true. 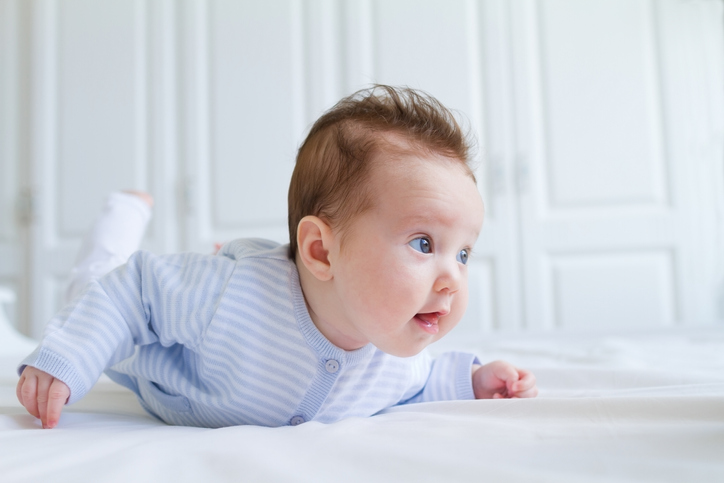 Yup, it's true. Am article from CNN a few years back notes that mamas-to-be who consume excess number of bananas before conceiving are more likely to have boys.

Fancy adding a boy to your brood, mamas? Well, then according to the 2008 study published in the journal Proceedings of the Royal Society Basked, newly pregnant mums who consumed relatively more calories in the year leading up to conception were slightly more likely to have boys.

More bizarrely: Mums who ate more bananas were more likely to have boys,with the hypothesis being that the high levels of potassium in the fruit somehow contributed to the baby’s sex.

Although the boy boost was fairly marginal, we think it’s a pretty nifty excuse to tuck into all the bananas (if slugs and snails and puppy dog tails are on your mind, that is!)


popular
Woman reveals her sister-in-law left her newborn daughter alone in park for hours
Coco Austin reveals she breastfeeds her and Ice T's 5-year-old daughter
5-year-old dies after being injured at UK department store
Cork woman criticises maternity restrictions after experiencing two miscarriages alone
Children with COVID-19 tend to recover within a week, new study confirms
Dublin Archbishop gives Communions and Confirmations the go-ahead despite restrictions
20 Unisex Irish Baby Names That Are Absolutely Magical
You may also like
6 days ago
If you want to check in on your fertility, here's a really affordable way to do it
1 week ago
The "troubling" stats around alcohol, smoking and drugs in women trying for a baby
1 week ago
A Cork-based company has launched clever at-home fertility tests
1 week ago
The 'magic' fertility smoothie these celebrity mums claim helped them get pregnant
2 weeks ago
Sports Illustrated model walks the runway mid-IVF cycle
3 weeks ago
Trying for a baby this summer? This smoothie might just boost your fertility health
Next Page