Yes, we know being pregnant is tough going and there are days when you literally just want to sit on the sofa and do not much else than reach for the remote control and your cup of tea.

However, there are a lot of good reasons to make sure you keep active and exercise throughout your pregnancy, mums-to-be.

And now a new study has pointed out yet another benefit of exercising when pregnant – a greatly reduced risk of any complications during pregnancy and birth.

Recently, Canadian researchers at the University of Alberta found that women who exercise during pregnancy saw their odds of developing perinatal depression reduced by 25 percent, and even better, they saw a 40 percent reduction in the risk of developing major complications like diabetes, gestational hypertension and preeclampsia

"These guidelines are going to change practice," one of the lead researchers for the project, Margie Davenport states in a university release. "The health-care providers I've spoken to are pretty excited about it." 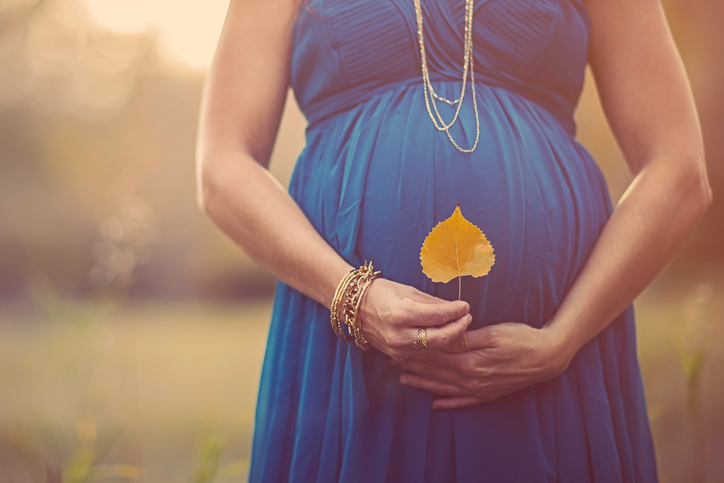 The study was part of the 2019 Canadian Guideline for Physical Activity Throughout Pregnancy, which states pregnant women should aim for at least 150 minutes of moderate-intensity physical activity each week in order to minimize pregnancy complications. Walking,  swimming, resistance training and stationary cycling are all encouraged.

In fact, according to the study's authors, all mamas-to-be should be physically active throughout pregnancy, unless they've got a contraindication, like an incomplete cervix or unexplained bleeding.

Because guess what – if you're having an uncomplicated, healthy pregnancy, there's actually more risk in not exercising than there is in getting those 150 minutes of physical activity a week. More importantly, the study's authors found being physically active did not increase a mother's risk of having a low-birth-weight baby, a preterm delivery or a miscarriage. "These are typically reasons a pregnant woman would be less inclined to exercise," says Davenport.

Bottom line: Exercise is really good for pregnant mothers and is one way we can control (or at least minimize) our risk of complications.


popular
"You're disgusting": Prince William roars at photographer who was 'stalking' his family
Michael Owen hilariously responds to Love Island's heart rate challenge
Fashion expert tells mothers what to wear on school run to not look 'old and frumpy'
6 fun things to do in Dublin on your next family day out
Children wearing wrong-sized shoes and pyjamas in daytime as parents cut costs
Family of Deborah James sadly announce that she has passed away
TV drama about Maxine Carr is currently in the works
You may also like
5 days ago
We are more likely to get sunburnt in Ireland than on holidays abroad – this is why
1 week ago
Health: Parents in Ireland back ban on unhealthy food advertising
1 week ago
Girls are going through puberty much earlier than before
1 month ago
Hospital charges woman $40 for crying during consultation
1 month ago
Calls for sandwich meal deals in supermarkets to be banned
1 month ago
Spain set to offer three-day ‘menstrual leave’ for women every month
Next Page