A first time miscarriage can be a very upsetting experience, but when that situation is repeated a second, third, or even fourth time, it can push a woman to the brink of despair.

One of the most frustrating aspects of recurrent miscarriage is not knowing what’s causing them. Being told to ‘just try again’ might be acceptable after a first time miscarriage, but once you've had two, three or more miscarriages, proper investigations should definitely be considered.

Here are some of the more common reasons for miscarriage:

This is widely acknowledged as the most common reason for miscarriage (up to 60 per cent of cases) and it's because of this that so many women are told to keep going. However, if you go on to have a second or indeed third miscarriage, the odds that each of the miscarriages were due to chromosomal abnormalities drop significantly. It is more likely that something else is going on, which is why any woman experiencing recurrent miscarriage needs to ensure that her case is being investigated thoroughly and that nothing has been left out.

Age is a factor for both men and women. If a woman is over 40, her miscarriage risk is about 33 per cent, which increases to 50 per cent over 45 years old. Men over 40 are at greater risk of fragmented DNA within the sperm, so this should be checked if you have had three miscarriages and nothing untoward shows up in your blood-work. You can’t do anything about your age, but you can improve your diet and lifestyle to ensure that the developing egg follicles have the best chance of proper development.

‘Sticky’ blood is a known cause of miscarriage as it can lead to blood clots that impede circulation to the placenta embryo. This may be screened for via blood tests to check for various blood clotting markers such as anti-phospholipid antibodies, fibrinogen, c-reactive protein or homocysteine. Genetic variants can also be implicated in blood clotting disorders. If you have a family history of stroke, migraines, dizziness or palpitations then it may be worth checking for potential cardiovascular problems in the initial round of miscarriage investigations. 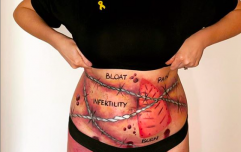 END_OF_DOCUMENT_TOKEN_TO_BE_REPLACED

You will likely be prescribed blood thinning medications such as aspirin or low dose heparin once you discover you are pregnant to prevent blood clots that could affect blood flow to the placenta. Opting for a diet high in omega 3 fats (fish oils) and anti-inflammatory foods (garlic and onion) may be helpful, but always tell your doctor if you are taking fish oil supplements as they may be contraindicated with any blood thinning medications you are taking.

Anatomical problems are one of the first areas to be ruled out. There are a number of different ways the physical environment around or within your womb may be affecting your chances of carrying a pregnancy to term:

Anatomical issues are generally treated with surgical methods. Proper recovery after surgery is imperative, so a healthy diet and lifestyle is advisable. Take time off work if necessary, ensure you get plenty sleep and keep stress to a minimum so your body has the best chance to heal and repair.

You could be experiencing declining oestrogen or progesterone levels, which are a common cause of early term miscarriage. Other hormonal issues to rule out would be hypothyroidism (an under active thyroid gland), insulin resistance (due to PCOS, type 2 diabetes, obesity) or adrenal hormone imbalance (DHEA and Cortisol). Blood testing is commonly recommended to assess FSH, oestradiol and progesterone levels but there are other testing methods that utilise tissue samples, such as saliva, which may be useful to detect sub-clinical hormone imbalances that don’t show up in blood tests. 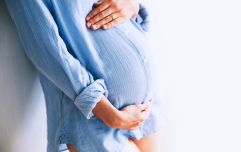 END_OF_DOCUMENT_TOKEN_TO_BE_REPLACED

You may be offered hormonal support to take throughout the first trimester to reduce the chances of miscarriage. Diet and lifestyle choices are known to impact hormonal balance, so these factors should also be addressed.

This ‘wonder’ nutrient has an enormous impact on the body’s immune system and the inflammatory process, which is considered to be one of the factors that may predispose a woman to miscarriage. Ideally, get your levels tested prior to conception or as soon as you discover you are pregnant.

Vitamin D deficiency is not something that can be addressed properly through diet or even sun exposure. Supplementation is really the only way to improve blood serum levels in a short amount of time.

Most women will have had a smear test that screens for the common STI’s such as Chlamydia, however, few have heard of mycoplasma or ureaplasma, which are lesser known infections that can create an equally hostile environment in the uterus making it difficult for the embryo to thrive. These infections may be screened for with a cervical swab and a blood test to check whether you have made antibodies to the infections. 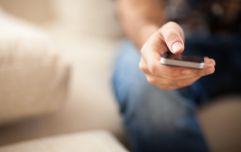 END_OF_DOCUMENT_TOKEN_TO_BE_REPLACED

A course of antibiotics will be recommended for you and your partner should you test positive, to avoid any cross-contamination. Probiotic supplementation would be recommended as a follow-up to antibiotic treatment.

This is one of the more controversial factors thought to cause miscarriage, given the research in this area has been mixed. A specialised and expensive test known as the ‘Chicago bloods’ may be recommended to assess a woman’s natural killer cells and numerous other immune markers within the body that are suspected to increase the risk of miscarriages.

Common immunosuppressant medications such as steroids may be recommended. Other medications that may be suggested include Intralipids, which have mixed reviews but appear to have a good safety record, except for those with egg or soy allergies.

How to move on

It's so important not to lose hope in the face of repeated losses. While it may seem like all angles have been explored and ticked off the list, if you still have not been given a satisfactory explanation for why you are miscarrying then find someone who is willing to go the extra mile on your behalf.

It may turn out to be a problem that is very tricky to fix, or the solution may be quite straightforward. Either way, it’s better to know why you are miscarrying than to be left in the dark.


popular
Due next month? Here are 3 things to note about May babies
Mum admits she hates playing with her daughter, and we can relate.
Conor McGregor just told his little boy to punch another child in the mouth
The royals have just revealed a never-seen-before family photo – and it's adorable
WATCH: Beauty ace Caroline Hirons teaches facial massage for supermodel skin
Rachel Riley announces pregnancy in true Countdown style
Ashley Cain and Safiyya Vorajee describe final days with baby girl as "torture"
You may also like
1 day ago
Survey finds 79% of workplaces do not have adequate employee fertility supports in place
1 week ago
Chrissy Teigen wants everyone to have access to IVF
1 week ago
Chrissy Teigen admits it's difficult to come to terms with never being pregnant again
3 weeks ago
The Coombe Women & Infants University Hospital launches dedicated Endometriosis Clinic
1 month ago
Endometriosis and fertility – six things all women should know
1 month ago
Kourtney Kardashian, 41, says she froze her eggs at 39 in case she wants to have another baby
Next Page