For modern marriages to survive, we need to bury the "ball and chain"

Once upon a time, girls and women were taught that marriage and being a wife were the be-all and end-all.

Little girls were told to dream of a Prince Charming who'd sweep them off their feet and give them their fairytale wedding.

Yet little was told about the realities of married life after the honeymoon phase wore off and wives were left doing the unpaid labour of housework and mothering their children – and also their husbands, when they weren't at work.

Since its conception, marriage has (in straight couples) been a darker state of affairs for women than it has been for men.

It was, and in some cultures still is, a transactional entity whereby women and girls go from being their father's property to that of their husband. We're not exactly talking centuries ago in Ireland, either.

Up until the 1980s here, a man could by law sue the man his wife was having an affair with for damage to "property," with the compensation awarded being based on the "value" of the wife. In other words, the better a wife and mother you were, the more money your husband could get from your lover.

Ireland's statistics of domestic violence and femicide don't exactly paint relationships and marriage as a safe haven for women, either. Figures from Women's Aid show that 1 in 2 women murdered in Ireland are killed by their partners or an ex. 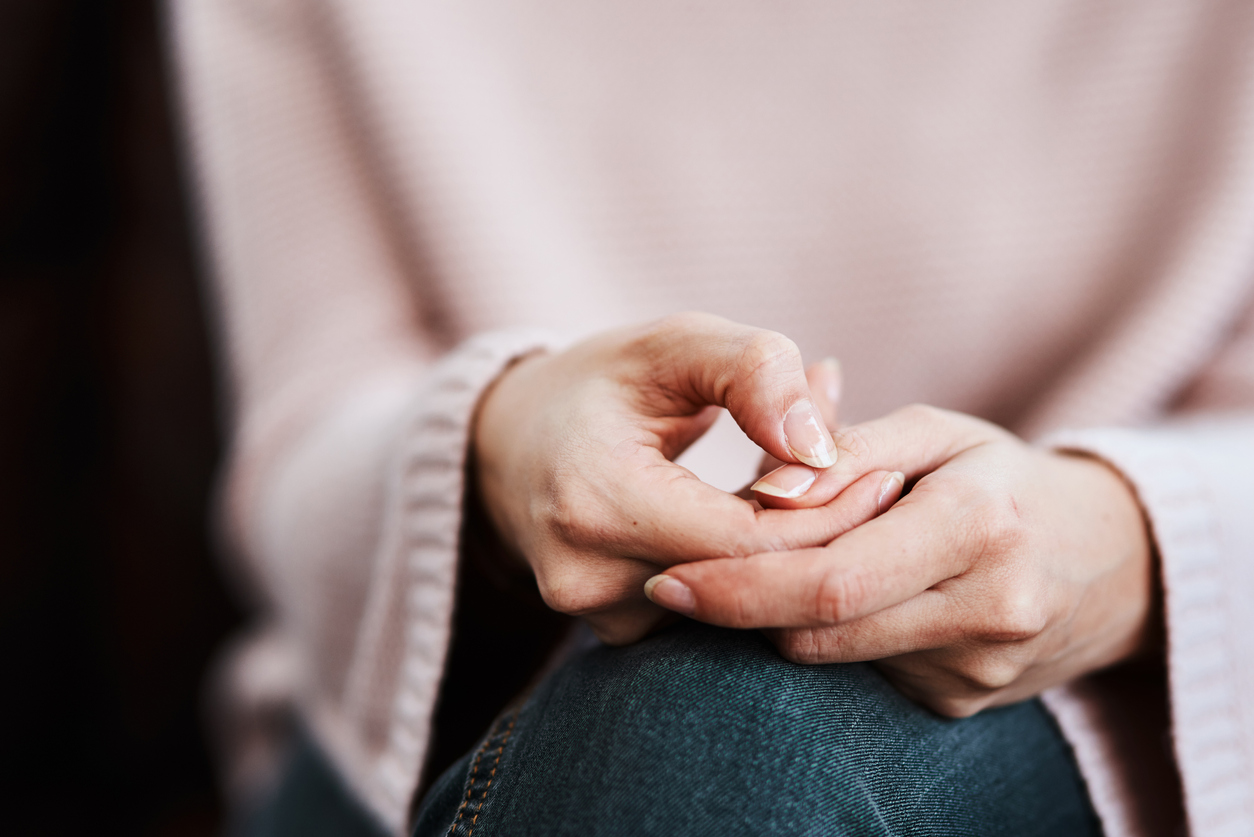 The charity also reported a massive hike in reports of domestic abuse throughout the pandemic, with its annual impact report for 2020 showing a 43% increase in engagement with its services compared to 2019. Women were, quite literally, trapped with their abusers as the country went in and out of lockdown. 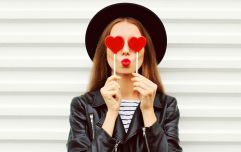 Do you know your partner's love language? You really should

END_OF_DOCUMENT_TOKEN_TO_BE_REPLACED

The pandemic also highlighted the inequalities between mothers and fathers when it comes to balancing being a parent with having a career. Many women working from home found themselves taking on the vast majority of the family's childcare duties as creches and schools were closed. It is reported that women completed three times more unpaid childcare than men in 2020, taking on an estimated 173 additional hours as they tried to maintain their work responsibilities.

All things considered, it's arguable that the marital family unit is more "trapping" to women than it is to men. And yet the language surrounding marriage and on-screen portrayals of the typical family would generally have us believing otherwise. 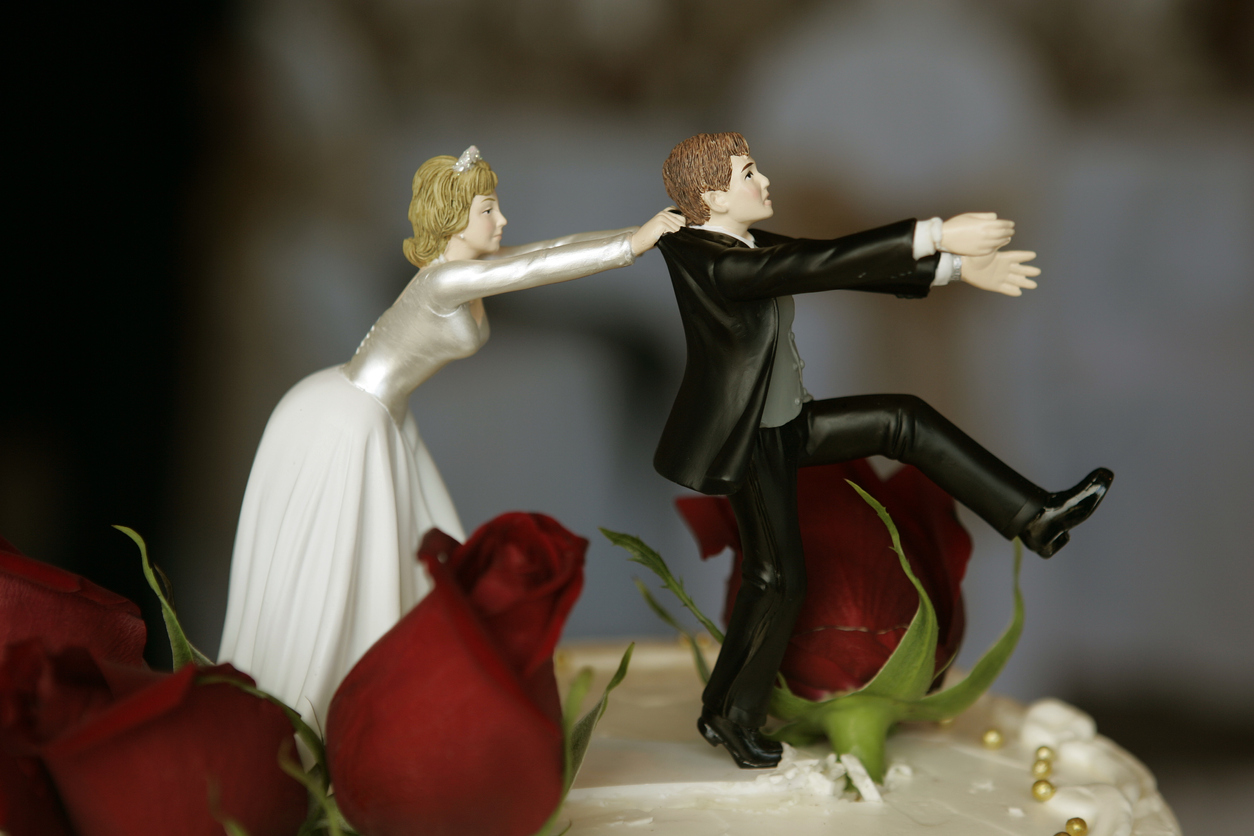 A relationship therapist on TikTok, Corrin Voeller, recently went viral for explaining how she regularly sees a complete disconnect between how husbands and wives view their marriage. She says a wife will bring up her unhappiness and say she needs changes to be made, while the husband either doesn't see the problem or makes a brief effort before returning to normal. Overtime, she says, the wife feels like things aren't going to change, and that the only way she'll get the emotionally intelligent relationship she wants is through divorce.

Corrin says what she finds surprising, despite it happening over and over, is that the husband will say things like he's been "blindsided" or feels like "a bomb has been dropped." The wife, she says, is usually shocked, like "what are you talking about? I've been saying this for years."

The therapist explains that this is down to the two different emotional intelligence levels that are happening between the couple. "He has been thinking that these are normal marital woes and his wife is supposed to be unhappy," she says. 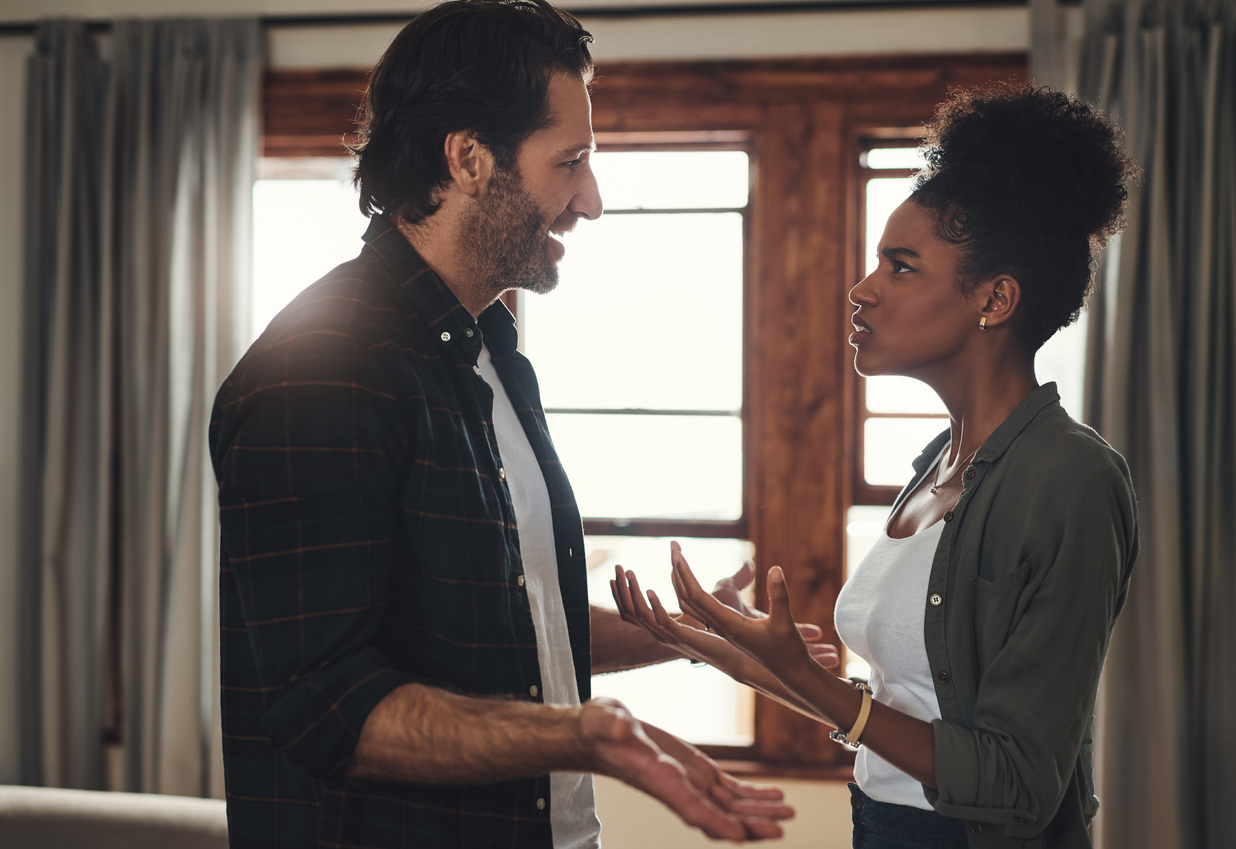 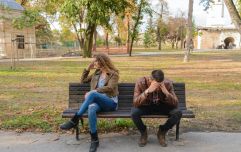 "We're not on the same page": Wife fears she will have to divorce husband to have kids

END_OF_DOCUMENT_TOKEN_TO_BE_REPLACED

It's true. We're told a wife or girlfriend is a "ball and chain," anchoring their male partner down to drown him in domestic life. We're told he needs a "man cave" to escape to when said domestic life becomes unbearably suffocating. And we're told he's in the aforementioned "dog house" when his partner is, nine times out of ten, justifiably angry at something he's done.

On-screen portrayals have been, or in some cases still are, no better. The likes of The Simpsons, Married... With Children, and many more have all portrayed objectively terrible, thoughtless husbands trying to escape their burdensome kids or nagging wives who put up with whatever they throw at them.

We've seen Homer and Marge on the brink of divorce only to reconcile too many times to count. When Married...'s Katey Sagal suffered a stillbirth, show runners dismissed her character's corresponding pregnancy by writing it off as a nightmare of Al Bundy's, filled with jokes about the bane of marriage and fatherhood. 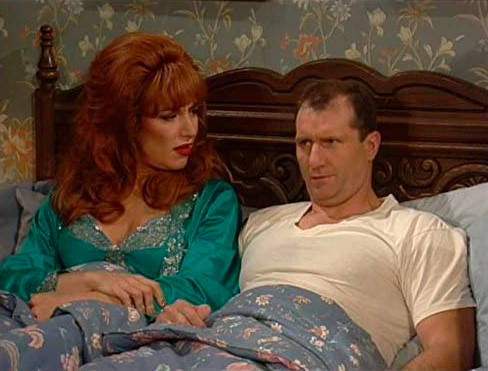 "Men have been told that when your wife is constantly nagging or bickering with you or things like that, that's normal," Corrin continues. "It's something that's supposed to happen and you're supposed to just wait it out or placate her until she feels better.

The husbands, she says, "need to increase their emotional intelligence in order to have deeply connected and satisfying marriages." 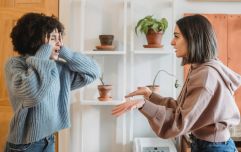 I told my best friend her hubby made a pass at me and now she blames me, not him

END_OF_DOCUMENT_TOKEN_TO_BE_REPLACED

This is, ironically, something we've seen in another Ed O'Neill-starring show. Modern Family showed the actor in yet another patriarchal role as Jay Pritchett, yet this character was consistently forced to challenge his old-school views in order to embrace his gay son and empower his wife, daughter and granddaughters. It also portrayed one of few same-sex relationship dynamics in the late 2000s/early 2010s, as well as the antithesis of the hard-man Al Bundy-type in the form of Jay's son-in-law, Phil Dunphy. 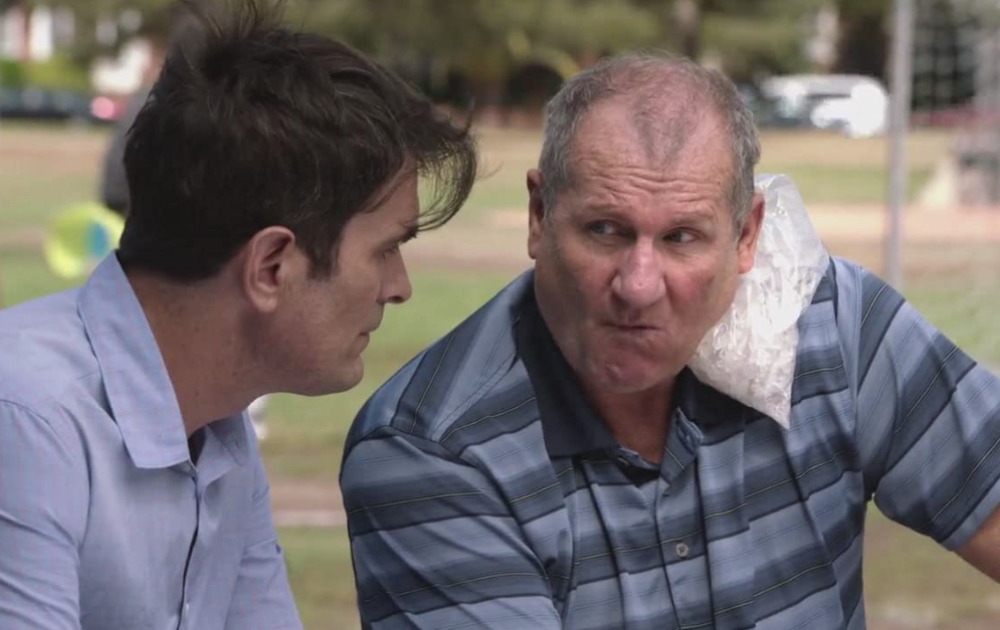 As more and more unhappy wives are becoming aware of the fact that divorce is now a viable option they can avail of in ways they couldn't in prior decades, so too are their husbands. Knowing that divorce could very well be on the horizon is encouraging more men – and couples in general – to put in the work to improve their emotional intelligence and be a more thoughtful, communicative partner.

"Men are getting better at being open," says Andrew Fitzpatrick, a relationship counsellor form Access Counselling Clinic in Dublin. "They're getting more in-touch with their emotions."

Andrew says that while emotional intelligence generally comes more naturally to women, men are improving along with cultural shifts. There's also an increased awareness among all couples now that marriages can end, and that a relationship is something both partners need to tend to equally.

"I encourage them to ask themselves, 'what did I do for the relationship today?'" he continues. "Whether it's just giving your partner a cup of tea, telling them they look beautiful, or arranging to go out for a walk or meal together.

"...Even when we have kids [or jobs], we still need to make that little bit of time for our partner." 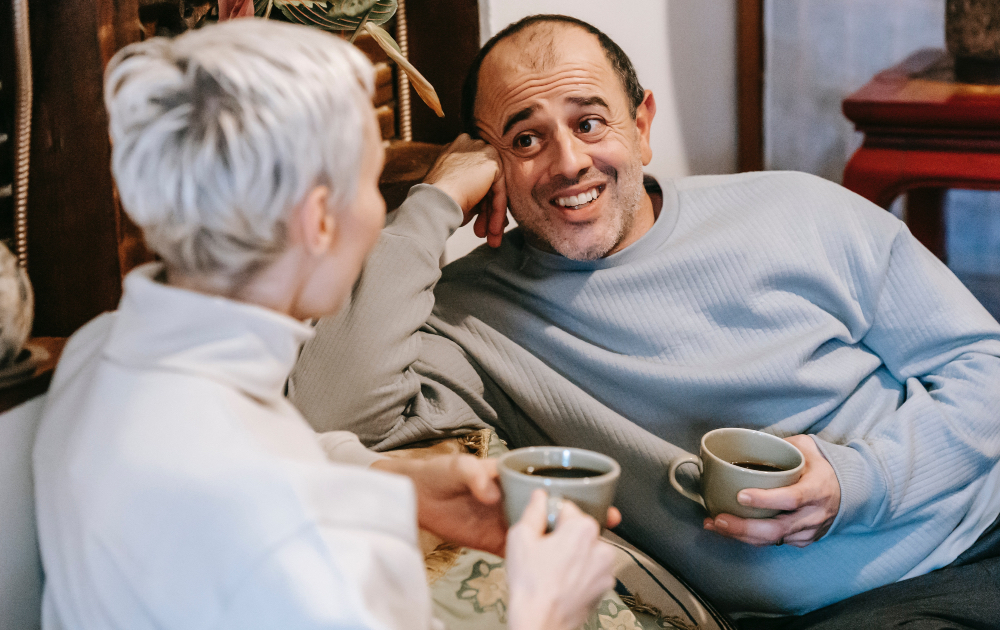 In order to encourage growth in emotional intelligence, Andrew advises the more forgetful half of the couple (a lot of the time, a man) to keep a little notebook of things that are important to their partner, be it things they like, special dates, anniversaries of people they've lost or so on. "There's nothing wrong with keeping notes," he says, adding that it shows you care enough to ensure you don't forget.

All in all, more and more women are realising that the "ball and chain" narrative isn't a realistic depiction of their role in the relationship and that expressing their frustration or hurt doesn't make them a nag. And the men who have yet to realise this might want to before they find that chain cut loose.


popular
Teen who put her newborn in a bin tells court of "regular beatings" from her father
Looking after grandkids can add 5 years to grandparents' lives
Man reveals he spent an hour trying to save Irish girl (7) in Majorca
Tipperary tragedy: Eldery man died from natural causes
Get ready! Casa Amor is happening sooner than you think
Patrick Kriegel couldn't cope with the loss of his daughter Ana
6 fun things to do in Dublin on your next family day out
You may also like
1 day ago
Netflix CEO confirms adverts will be added to the streaming service
1 month ago
The trailer for Everything I Know About Love is here and it looks incredible
1 month ago
The Toy Show Musical looking for a young girl to star in lead role
1 month ago
Viewers believe Bluey is a rainbow baby- check out the theory
1 month ago
Derry Girls creator reveals hilarious storyline that never made it into season 3
1 month ago
Parents furious over calls to Americanise TV show Bluey
Next Page