I was today years old when I learned this trick.

If you have ever put your baby in their infant car seat, struggled to pull the straps from under their body to fasten them, or tried to transfer your sleeping baby from buggy to car seat, and then found all the fumbling to get the straps pulled up and fastened woke him, prepare to have your mind blown.

An Australian mum recently revealed to Kidspot how she had recently put her five-week-old son in his car seat, fumbling as she often does, trying to pull the seat belt straps from under his body to thread his arms through - when she thought to herself, ‘I wish there was something there that would hold the seat belt’.

“That’s when I saw it,” Dee Wilson explained to the Aussie parenting site.

“I said to myself: ‘Hang on... NO! That mustn’t be it,’ But then I saw the same thing on the other side, I knew it had to be what I thought it was. My mind was blown!”

What she found were two plastic fasteners, one on each side of the car seat. The metal part of the seat belt clasp can be slipped in and out but stays firmly in place until you need it. 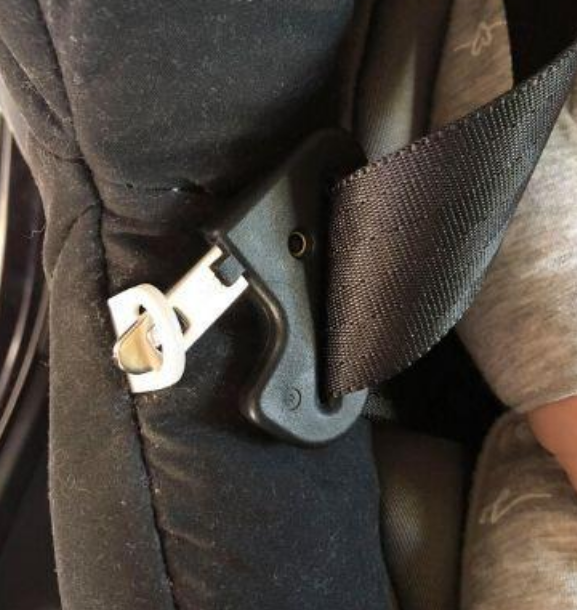 “I clicked in each seat belt to test it out and it worked perfectly,” she said, still in disbelief about not realising this handy accessory existed with her first two children - and five weeks of using the car seat with her baby every day.

“I read all two pages of the instruction manual on how to install it and didn’t see it on there, so was really surprised to find something that’s now so obvious.” 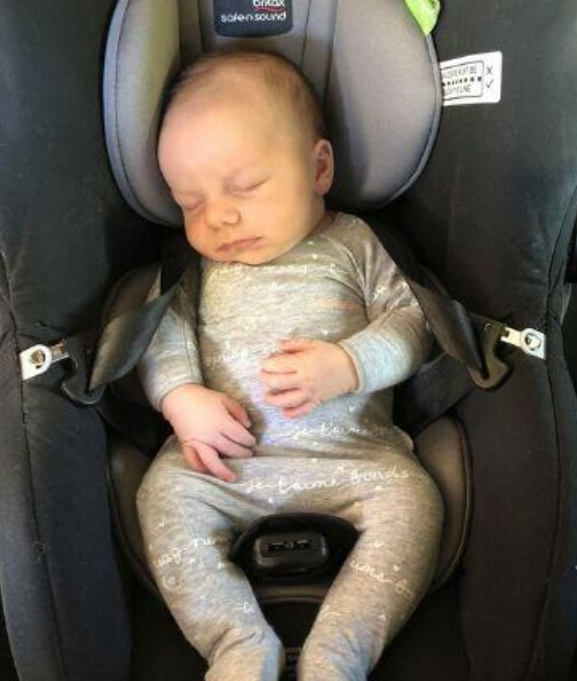 I think we can all agree this is a bit of a game-changer. 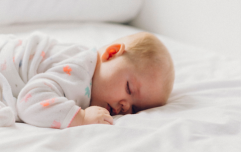 END_OF_DOCUMENT_TOKEN_TO_BE_REPLACED

“It takes one second to clip them in as I’m pulling him out and it’s done," Wilson explains. "Then I don’t have to pull the straps out from under him when getting into the car asleep too. It’s even easy to do it one-handed.”

Wilson, who is also mum to a 14-year-old and three-year-old, posted a note about her discovery to a local Facebook group, Mums Who Cook, Clean and Organise, and it turns out many were not aware of this car seat feature.

“Five kids later and this is news to me,” wrote one.

Others had seen the clasps but just hadn’t worked out their use - until now.


popular
DIY: Here's how to transform your old trampoline into a super-cosy 'summer hideout'
Vogue Williams and Spencer Matthews reveal their baby girl's name – and we love it
Staying safe: 5 critical safety rules your child should know before starting big school
Answer our short survey for a chance to WIN a stay for two at the Dingle Skellig Hotel in Kerry
4 ways to fix hard slime with ingredients you probably already have at home
Back to school: Here is why you should actually rethink those plastic lunchboxes
Cameron Diaz opens up about life with baby Raddix – and says motherhood changed her life
You may also like
1 day ago
Time for bed: A strict bedtime routine can protect kids from becoming overweight
3 days ago
Do you make this common mistake when it comes to you and your baby's sleep?
1 week ago
Time for bed: 5 easy ways to finally establish a healthy sleep schedule
2 weeks ago
Inconsistent bedtimes can have negative effects on your child's development
3 weeks ago
Staying well: 5 easy ways to super-charge your immune system
3 weeks ago
Bedtime confession: I lie down with my children until they fall asleep - every night
Next Page