The "historic" heatwave is extremely unusual.

People traveling to Spain have been warned about a "truly unusual" heatwave.

Temperatures could reach over 40 degrees this week.

Holiday goers should take extreme caution if they're visiting Spain this week.

These extreme temperatures are reportedly "unusual" for the month of May.

A spokesperson for AEMET in Spain said the "historic" heatwave is concerning.

"Very high temperatures will exceed 35C in many parts of the Peninsula and the Balearic Islands.

#Spain Faces HISTORIC #Heatwave
Average #temperature this year so far are estimated to be running 10-15ºC above normal. A range of 50ºF.

Second country in 2022 to get hit by a "historic heatwave" after #India. Both are vulnerable economieshttps://t.co/bxaypahNml https://t.co/EXeWF7YkVd

“It may reach 40C to 42C in parts of the south and Ebro, as well as very warm nights. 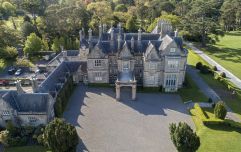 Planning a family trip to Kerry? Discover everything Muckross House has to offer this summer

END_OF_DOCUMENT_TOKEN_TO_BE_REPLACED

The average temperature will be in the mid-3os this week but may reach highs of 40.

Temperatures also won't fall at night with experts predicting highs in the 20s.

"It’s going to rise. The 40C is going to be inland, probably around Cordoba.

However, the Andalucía region and the Balearics will be around 35C by Saturday.

Places like Nerja and Benalmadena and all along that Malaga coast will be affected.

"A little bit lower than the 40c of the inland.”

The heatwave will peak on Thursday but is likely going to last until Saturday.

To stay safe, people should stay hydrated and wear suncream.

You should also try to avoid the sun between 10 am and 4 pm.


popular
I tried 'slow parenting' for a year and I'm never going back
Parent's Benefit Leave extended from today - here's what you need to know
"You're disgusting": Prince William roars at photographer who was 'stalking' his family
Your child's developmental checks and what you can expect during them
6 fun things to do in Dublin on your next family day out
Vicky Phelan shares message of support with Charlie Bird as she deals with pain
Children wearing wrong-sized shoes and pyjamas in daytime as parents cut costs