Things to do in Limerick and Clare with kids

Excited for a Munster adventure?

With us in the middle of what's another summer of staycations for most, many of us are racking our brains trying to think of family-friendly destinations that offer plenty of things to do and see in the remaining weeks.

Enter HerFamily, here to give you all the staycation inspiration you need for holidaying in Ireland with kids.

Whether you're looking for a northern adventure, autism-friendly hotels so your neurodivergent kid can be themselves, or family fun in the west, we've got you covered.

Next up in our staycation series: the Treaty County and its neighbouring Banner County because if you're staying in one, you can most certainly enjoy the other. Here's our guide on things to do in Limerick and Clare with kids.

Things to do in Limerick with kids

You can't go to Limerick and not visit King John's Castle. Take a peak inside medieval castle life, do some archery in the courtyard, explore the exhibitions, and even abseil down castle walls.

If your kids have great imaginations, they'll love this magical garden packed with colourful flowers, grassy mounds, toadstools and fairy doors. Not only is Terra Nova home to the fairies, it was also crowned Best Garden in Ireland.

On top of being scenic marvel, Lough Gur's landscape showcases Ireland's deep human history. Evidence of the Neolithic, Bronze Age, Iron Age, Early Christian, Medieval, Early Modern and Modern eras has been found in the immediate vicinity of the lake, which visitors can learn more about by stopping at the visitor's centre.

If you're blessed with good weather, head to Curraghchase for a walk through woodlands, park land and lakes. There's a mix of trails accessible to wheelchair users and all ages/experiences as well more demanding trails for those looking for a longer walk.

Things to do in Clare with kids 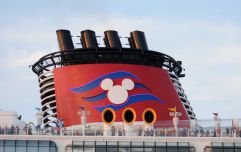 END_OF_DOCUMENT_TOKEN_TO_BE_REPLACED

"Heading to Clare" is fairly synonymous with "heading to the Cliffs of Moher" at this stage. You've probably seen them many a time on your Instagram feed between this summer and last, but nothing truly beats experiencing them in person. It's not hard to see why they were at one point in the running to become an official Wonder of the World, and they're such a great way to show your kids how lucky we are in Ireland to have such stunning geographical wonders on our doorstep.

If you missed King John's Castle (or just really love castles), Bunratty and its 26-acre plot is the ultimate family day out. See how the lords and ladies of the 15th Century castle lived, explore the 19th Century village, greet the animals at the pet farm, and take a stroll through the interactive fairy trail or walled garden. 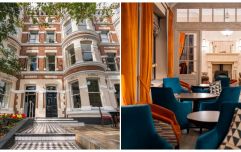 END_OF_DOCUMENT_TOKEN_TO_BE_REPLACED

The Burren gets its name from the Irish word "Boíreann," meaning a rocky place, which it's well-suited to given its expansive limestone landscape. Home to a number of flora and fauna, Poulnabrone Dolmen, and a series of walking trails, the park also makes for a lovely drive if you're just passing through.

A post shared by James A. Truett | Irish Artist (@jamesatruett)

Caherconnell stone fort is also located in the Burren, about a kilometre south of Poulnabrone Dolmen. The site again shows signs of settlement from numerous eras, including the Neolithic period or Bronze Age, the 10th – 13th centuries, and the early 15th – mid 17th centuries. Sheep and dogs have also apparently been a constant feature of Caherconnell since its early history, and still are today as visitors can experience them in action during the sheepdog demonstrations.

Before you give out to us for recommending yet another castle, hang on: Craggaunowen is also home to a crannog reconstruction. Step back even further than the castle's 16th Century history and see how the Celts lived at these lakeside settlements.


popular
Schools to hold a minute's silence for Ashling Murphy
Former 16 and Pregnant star Jordan Cashmyer dies aged 26
Mum urges parents to stop giving young children marshmallows
Expert says Cocomelon acts "as a drug" to kids' brains
Ben Foden speaks out about the "things he put Una through"
Gardaí seize two cars linked to Ashling Murphy death as they question new suspect
Prince Harry fears his children won't be safe in UK
You may also like
1 month ago
Science says going on a mother-daughter holidays improves your health and I agree
3 months ago
Midterm fun: Hook Lighthouse is hosting a spooktacular Samhain weekend
3 months ago
14 gorgeous baby names inspired by locations all over the world
3 months ago
10 spooky things to experience in Ireland this Halloween
3 months ago
Irish Ferries are running amazing mid-term deals to Alton Towers and Legoland
3 months ago
Australia set to remain closed to international tourists until 2022
Next Page