Matthew Perry's dad was a character on Friends and how did we not notice?

They look so alike!

There have been several times that celebrity parents turn up in the same movies or TV shows with their parents.

Jamie Lee Curtis and Janet Leigh in The Fog, both of Benedict Cumberbatch's parents in Sherlock and Demi Moore and Bruce Willis have both appeared in productions alongside their daughters.

One that I did not spot until recently was Matthew Perry's dad, actor John Bennett Perry, popping up in an episode of Friends but once it was pointed out to me I couldn't believe I hadn't spotted it sooner.

If you're wondering what episode I'm talking about remember Joshua's parents? 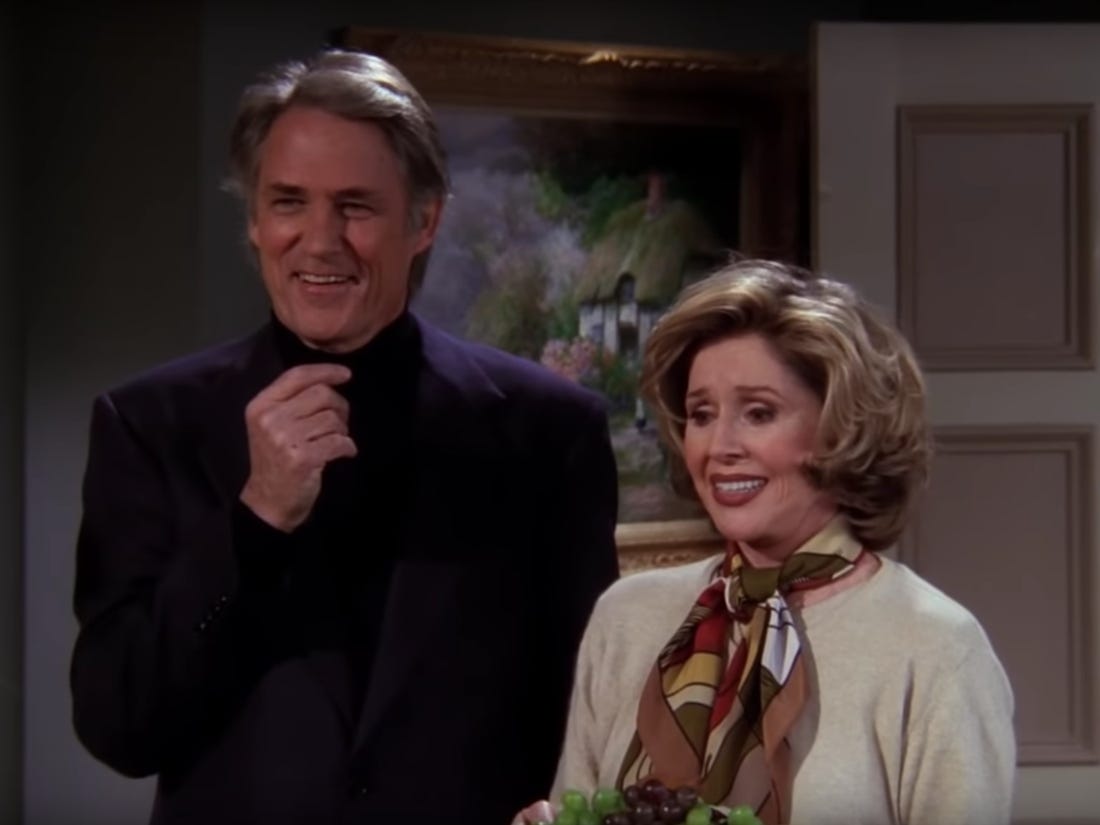 Yes that's right, Matthew Perry's real life dad was Joshua's dad in the episode where Rachel had to go to dinner in lingerie.

Though he was only in the one episode I'm still kicking myself that I didn't cop on to it sooner as he looks so much like Matthew.

Another double Friends fact is that both John Bennett Perry and Jennifer Aniston's father, John Aniston, have appeared in Days of Our Lives.

Speaking of Days of Our Lives, who else is on that show? Oh that's right Joey. 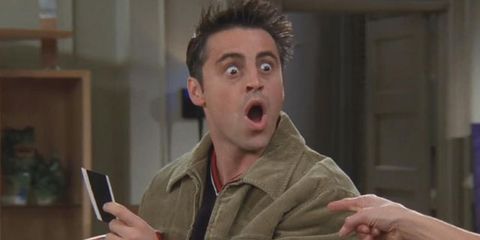 Although Matt LeBlanc didn't ever appear in Days of Our Lives himself, his Friend's character Joey played neurosurgeon Dr. Drake Ramoray.

The role of Drake was first introduced in The One With Russ" but ended when Joey angered its writers which led to Drake being bumped off the show when his character falls down an elevator shaft and is left in a coma.

Later, in season seven of Friends Drake was brought back after a brain transplant. His new brain was from the character Jessica Lockhart, played by Susan Sarandon.

So not only did Matthew Perry's dad appear on Friends but in an alternate universe Joey appeared on Days of Our Lives with him (and Jennifer's dad) too!


popular
Hilaria and Alec Baldwin have welcomed baby No. 6 — five months after baby No. 5
4 ways to fix hard slime with ingredients you probably already have at home
Britney shares rare photo with sons Jaden and Sean Preston
Can you pronouce these 7 'unique' baby names? They're trickier than you think
Vicky Phelan "hopeful" as she receives first results from new treatment
President Michael D Higgins' new Bernese Mountain puppy is called 'Misneach'
Raising boys: The beautiful words every boy mum needs to hear
You may also like
2 months ago
Chandler Bing has officially been crowned the best Friends character
3 months ago
Someone re-did the FRIENDS credits with Harry Potter scenes and it's brilliant
4 months ago
ASOS is selling a FRIENDS advent calendar and we need it to be there for us
4 months ago
Penneys have just released matching best friends FRIENDS PJs and we need them
5 months ago
There's a Friends makeup collection coming, featuring Phoebe, Monica, and Rachel palettes
7 months ago
The way in which TV shows like FRIENDS represented my family life growing up
Next Page