"I've only ever loved and supported her and done what's right by her, and she knows that."

Jamie Lynn Spears is opening up about her strained relationship with her superstar sister following the end of Britney's years-long conservatorship.

The 'Zoey 101' alum sat down with ABC News to discuss a variety of topics covered in her new memoir, 'Things I Should Have Said', including becoming a mother at 17, her father's alleged alcoholism, and the deterioration of her relationship with her older sister – who has recently unfollowed her on Instagram.

Now 30, Jamie Lynn said she "adored" Britney growing up, adding that her sister ten years her senior "felt like another mama".

But in the book, she writes how she saw Britney's behaviour change over the years, using the words "erratic," "paranoid" and "spiralling" in its pages to describe her sister.

When asked about how she perceives Britney's mental state now, she told the interviewer she "can't really speak to anyone else's state of mind".

"But I'm allowed to say how I felt in those [moments], because that matters. It matters that I was in pain," she said.

Britney's conservatorship began in 2008 and, despite heavy criticism over the years, it remained in place for 13 years. Only after the #FreeBritney movement gained international momentum and Britney got to directly plead with a judge to end her "abusive" conservatorship was it terminated in November 2021. 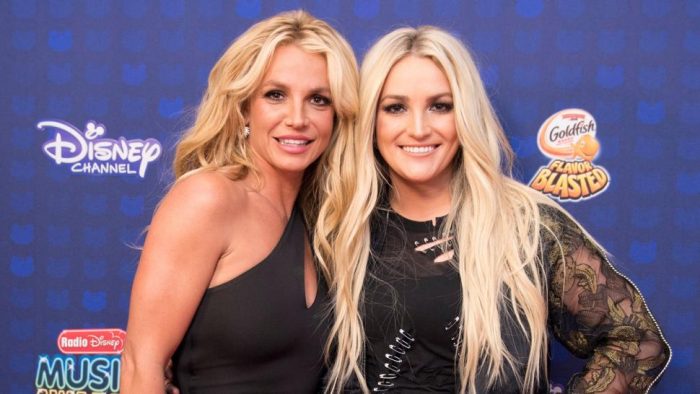 Jamie Lynn said she was "happy" when the conservatorship was dissolved, saying she didn't really understand it to begin with.

END_OF_DOCUMENT_TOKEN_TO_BE_REPLACED

"When it was put into place I was 17 years old," she said. "I was about to have a baby, so I didn't understand what was happening. Nor was I focused on that.

"I was focused on the fact that I was a 17-year-old about to have a baby. I understand just as little about it then as I do now."

The actress insisted she wanted no involvement in the control of her sister's estate as part of the conservatorship, explaining, "There was no like, me overseeing funds or something like that."

However, she said she tried her best to support her sister in other ways.

"I've always been my sister's biggest supporter," she claimed. "So when she needed help, I set up ways to do so. Went out of my way to make sure that she had the contacts she needed to possibly go ahead and end this conservatorship and just end this all for our family. If it's going to cause this much discord, why continue it?

"Everyone has a voice, and it should be heard," Jamie Lynn continued, before revealing that she spoke to Britney's previous legal team and it "did not end well".

She said she took steps to help, but it was ultimately up to Britney to "walk through the door". 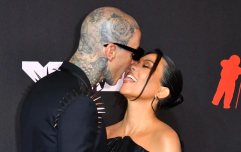 END_OF_DOCUMENT_TOKEN_TO_BE_REPLACED

The 30-year-old also responded to Britney's claim last July that she was "hurt... deeply" by her younger sister's 2017 performance at the Radio Disney Awards, during which Jamie Lynn performed a medley of remixes of the pop star's hits.

"Honestly, it was somewhat confusing to me about that, and I actually have spoke to her about that," she revealed. "I was doing a tribute to honour my sister and all the amazing things that she's done.

"I have cleared up with the fact that I don't think she's personally upset with me about that. Truthfully, I don't know why that bothers her."

With Britney recently unfollowing her sister on Instagram, the pair's relationship still appears to be complicated.

But a teary-eyed Jamie Lynn insisted she has only ever loved and still loves her big sister, saying: "That love is still there. 100 percent. I love my sister. I've only ever loved and supported her and done what's right by her, and she knows that, so I don't know why we're in this position right now."


popular
Stacey Solomon slams 'one night of freedom' stag-do ahead of wedding
Meghan Markle visits Texas school shooting memorial
Claire Byrne reveals her RTÉ show is ending after 7 years
Woman hit by a motorbike in Dublin city fighting for her life in hospital
Deborah James praises doctors who gave her more time with her children
"Back where she belongs": Saoirse Ruane leaves hospital after 9 days
Dealing with sick tummies, sore heads or high fevers? We've got the perfect solution...
You may also like
2 weeks ago
Actress Michelle Williams is pregnant with her third baby
1 month ago
Stacey Solomon is "embarrassed" about having a swimming pool because it isn't relatable
1 month ago
Britney Spears on her pregnancy anxieties: "I'm so scared to make a mistake"
1 month ago
Kim Kardashian reveals she didn't speak to Kanye for 8 months after filing for divorce
1 month ago
Jennifer Lopez details the moment Ben Affleck proposed for a second time
1 month ago
Kendall Jenner says her mam Kris is pressuring her to have a baby
Next Page