Parenting confession: "My in-laws are gatecrashing our family holiday"

What would YOU do?

Let's face it – spending time with family is great  – and after two years where most of us have spent very little time compared to normal with those we love, you would think we are all just dying for some good, old family time.

However – how would you feel about your in-laws gatecrashing your very longed-for holiday?

This is what happened to one mum, who was left dumbfounded when she found out her partner's parents have booked the same holiday spot as them – for 10 whole days.

Spending time with your in-laws can be testing at the best of times, so it’s best done in small doses.

Taking to Mumsnet to discuss the situation – and ask whether or not she was being unreasonable – the mum-of-one reveals she feels like her holiday has already been ruined, simply thinking about the fact her in-laws will be there.

“After a very traumatic and emotionally draining 18 months, my partner and I plus our six-year-old daughter have rented an apartment for a month,” she wrote.

“We just need somewhere to escape to, to regroup and unwind. We absolutely need this ‘getting away from it all’ opportunity. The looking forward to it is already beginning to have a positive impact.”

The mum did not go into details about why life has been so challenging of late, but rather just said her little family needed some time – just the three of them.

However, she then made the mistake of suggesting to her daughter’s grandparents that they might like to join them for one weekend of the holiday – only for them to seize the opportunity to come for the whole stay.

“Doting grandparents don't live near us (4 hours away) and we typically visit each other every couple of months for a weekend," she explained.

"Come visit us on holiday instead, we say. The usual 3 days, we say. Remember, we're getting away from everything, we say. 10 DAYS THEY'VE BOOKED."

The mum says her in-laws then told her not to worry about them coming, and that they had promised not to intrude.

"We know you need space to recuperate so we'll keep a low profile, they say. You'll never know we're here." 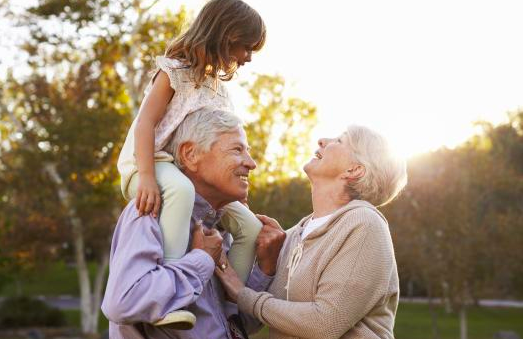 But the devastated mum went on to explain that her mother-in-law is very needy and demanding.

“She thinks there's a life rule book and she wrote it. Everyone around her dances to her tune - it's easier as she is a sulker and stropper,” she wrote.

“We have all been guilty of pandering to her in the past as we are never in her company long or often enough for it to be worth challenging. I've hit rock bottom. We were so looking forward to a whole month of a different normal and the space and sanctuary to begin to live again.”

"I think you’ve made your bed here."

Once the mum had posted her story to the popular parenting forum, it did not take long for the comments to start rolling in, with many sympathising with the mum, saying they would not be able either for a full holiday with their in-laws.

However, others again felt the mum only had herself to blame for the situation.

“Why did you invite them if you wanted to get away from it," one person wrote.

"I think you’ve made your bed here. And from their POV I wouldn’t want to go through the hassle of travelling just for three days."

“You can't dictate how long people plan to go on holiday. You have a whole month there so still plenty of time to relax."

Responding to the comments, the mum admitted she should have never offered for them to come, but that she had never believed this could happen.

"I feel really selfish and self-centred," she wrote.

"But, it's our holiday to plan for and look forward to. It's our time away from it all. I feel robbed."

popular
Irish teachers "can't even string a sentence together"
Mum horrified after finding a knife inside the box of a doll she was buying for her daughter
Young mum and her 3-year-old son pack their bags to travel the world
Is your toddler waking too early? Do these 4 things
9 of the best outdoor family experiences in Ireland's Ancient East
Vicky Phelan lends some support to Saoirse Ruane after surgery
Laverne Cox makes history with the first ever Trans Barbie doll
You may also like
22 hours ago
Dad Pranks Wife With Photoshopped Pics As She Returns To Work After Maternity Leave
3 days ago
'Beware of this book' – parents in shock over very explicit children's book
1 week ago
New mum criticised for admitting she won't bathe her baby until he is a month old
3 weeks ago
'Coastal grandmother' is the viral 2022 fashion vibe you did not see coming
3 weeks ago
A TikTok-er showed the size of an epidural needle, and yep, it's huge
4 weeks ago
Women are sharing pictures of their 'saggy' boobs on social media – and here's why
Next Page