Children with involved fathers are happier and feel less anxious

My dad is one of my absolute best friends in the world. He is also, depending on the situation, my financial advisor, car mechanic, babysitter, painter, plumber, travel agent and all round fix-it kind of guy.

Growing up, my dad worked in the oil industry, and on a rota with a month on and a month off. Meaning, he spent one month on the rigs and away from home, then a month at home, then back out ont the rigs etc.

When we was gone, we missed him like crazy, my mum, sister and me. When he was home, though, it was amazing, as he was off for an entire month, and would literally do everything with us, from baking and homework to ferrying us back and forth to ballet classes and gymnastics.

And having him around so much, and getting to spend so much quality time with him, clearly paid off for this amazing bond we have with him now.

A recent study by the Economic and Social Research Institute looked at fathers' involvement with their children, from nine months to nine years of age in two-parent households. Using data from the Growing Up In Ireland study, the researchers found that over half of fathers reported sharing most care and play activities with the nine-month-old infant equally with their partners.

However, the research also found that men with a more conservative view of fatherhood, emphasising their financial responsibility as a father, tended to be less involved with their children and had less positive relationships with them. 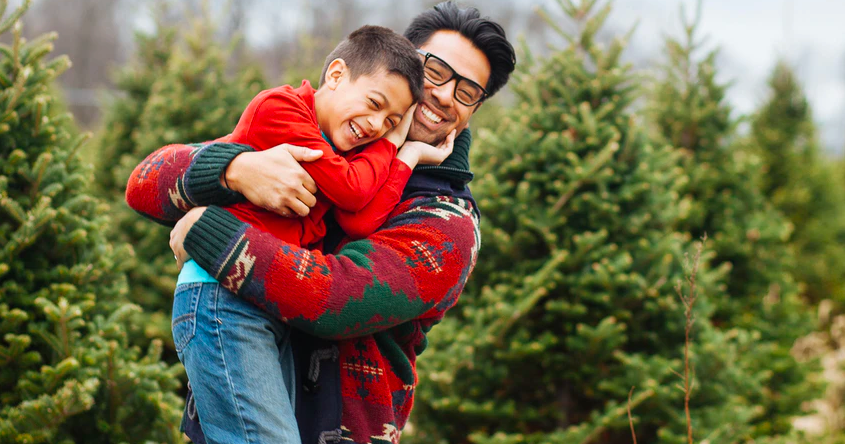 Children who have a good relationship with their father are happier

END_OF_DOCUMENT_TOKEN_TO_BE_REPLACED

As expected, fathers more involved in care was linked to greater bonding with the infant and this, according to the study, had a lasting effect on relationship quality measured when the child was aged five and nine.

As the child grew older, fathers were very involved in activities and outings with the child, especially reading to the child, playing games with them and being involved in sports or other physical activity.

And what the study showed, was that children who reported having a good relationship with their father are happier, feel less anxious, and are more engaged in physical activity.

This, the study authors argue, shows the importance of early involvement of fathers in caring for and playing with their children.

Working longer hours emerged as a barrier to fathers' involvement

The report, which was produced in partnership with the Department of Children, Equality, Disability, Inclusion and Youth (DCEDIY), also highlighted the importance of family-friendly working practices (such as flexible hours, as fathers who worked longer hours and were under more stress at work faced a barrier when it came to bonding time with their children.

In fact, the study showed that fathers who had availed of flexible hours and parental leave before or when the child was five, were still more involved in their children's lives four years later.

Lead author Emer Smyth said it highlights "the importance of government and employer support for the kinds of working arrangements that would help foster this early involvement".


popular
"I was absolutely sobbing": Paula MacSweeney shocked after horrible experience in IKEA
School called out for stopping parents from buying generic uniforms
Toddler dies after falling from balcony in New York
I tried 'slow parenting' for a year and I'm never going back
"Welcome to the world": Alexandra Burke has given birth to her first child
My teenage step daughter just told me she is pregnant, what do I do?
Rachel Stevens announces split from husband of 13 years
You may also like
4 days ago
I tried 'slow parenting' for a year and I'm never going back
4 days ago
This is what new parents in Ireland think is the hardest part
6 days ago
Should I make my teenage daughter pay me for collecting her from work?
1 week ago
"I gave my son a 'safe sex hamper' for his 16th birthday"
1 week ago
New dad called 'demanding' over list of guidelines to visit newborn son
1 week ago
"My parents are useless grandparents" – are today's grandparents too cool to babysit?
Next Page