Dad shares suggestive messages sent to his daughter on an app

"I'm sure that others families aren't so lucky."

A man has shared the worrying messages his daughter received from a stranger on a popular app to warn other parents to be vigilant.

Brad Summers from Illinois in the US posted screenshots of a conversation between his seven-year-old and another user on the Musical.ly app.

The app lets users record and share clips of themselves lip-syncing to songs.

Brad explained that his daughter does not have a phone of her own but was using the app on one of her parents' phones.

"She used this app to connect with her cousins and make goofy duets of songs together," he wrote on Facebook.

"We have accepted friends of theirs and our daughter believed this was another one. I never thought of someone pretending to be 9 to gain access to my child. We live and learn and I continue to do so everyday as a parent." 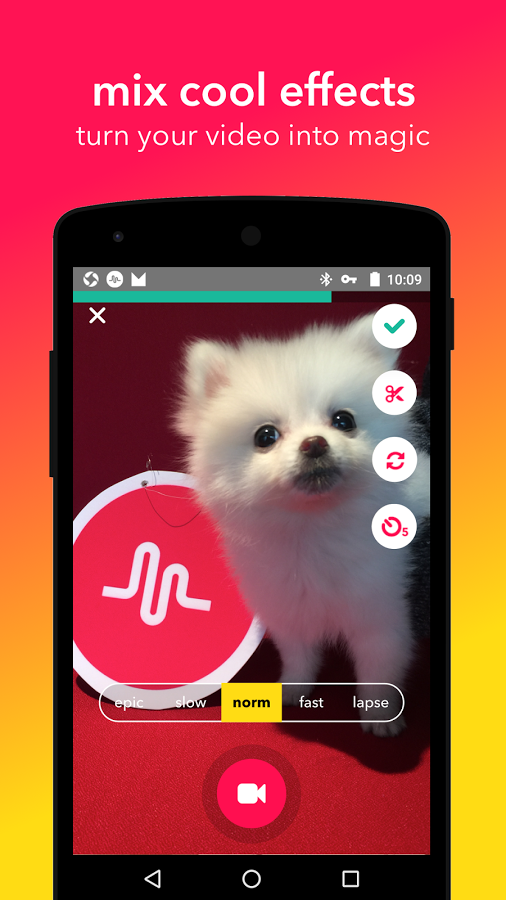 He wrote that his daughter told him what had happened and that police were now investigating.

"My child came and told me and it didn't get any further luckily. She followed what I taught her. I'm sure that others families aren't so lucky.

"I guess we were naive in thinking that our daughter was safe on what we thought to be a kid friendly app.

"We have learned the hard way. I ask that you not judge us (many still will) but let our experience teach us all."

In the screenshots below, a user calling themselves 'Jessy' initiates a conversation and soon asks the little girls to send pictures of herself.

Jessy can be seen persisting to harass the girl until Brad intervenes. 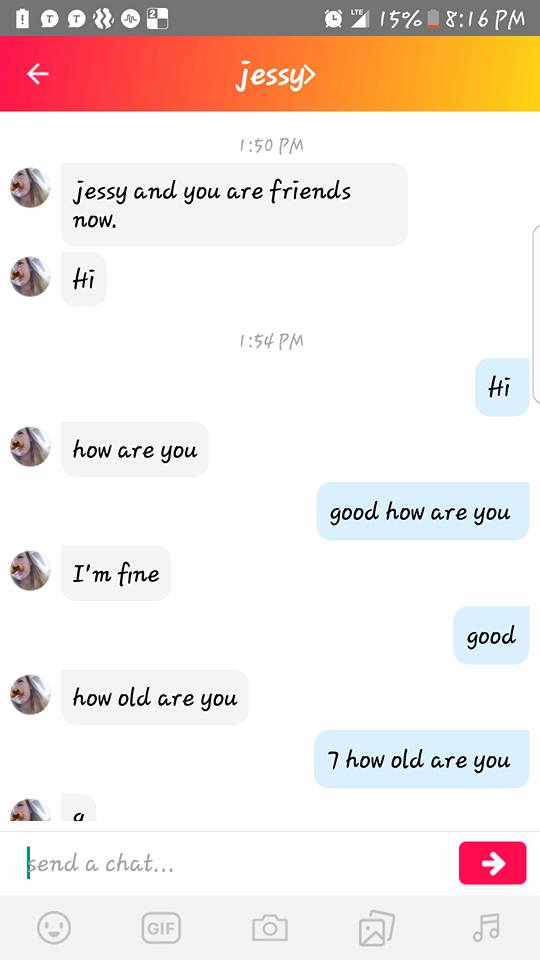 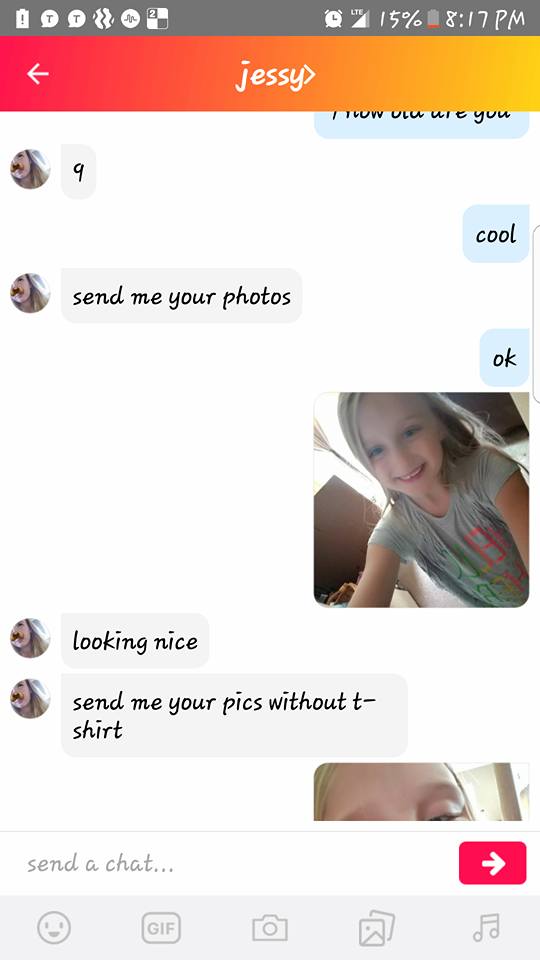 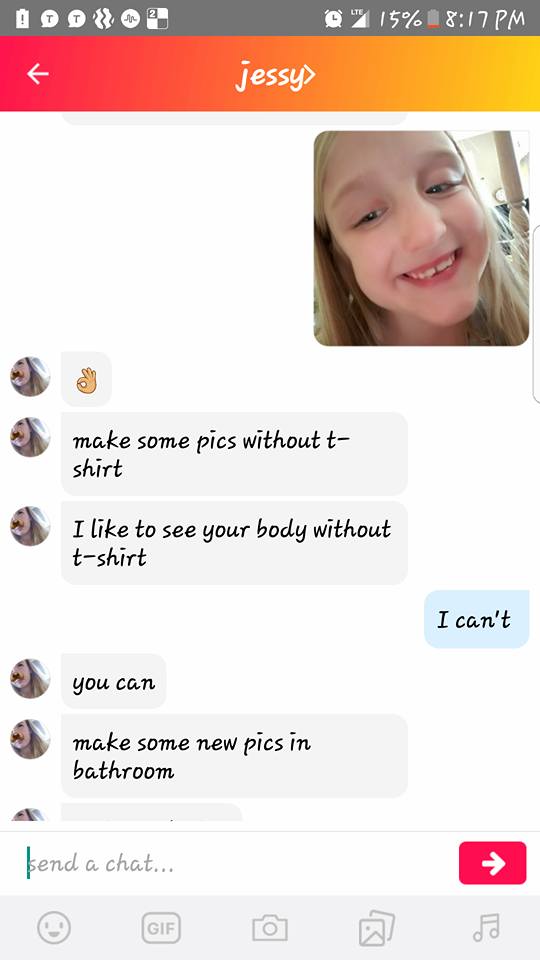 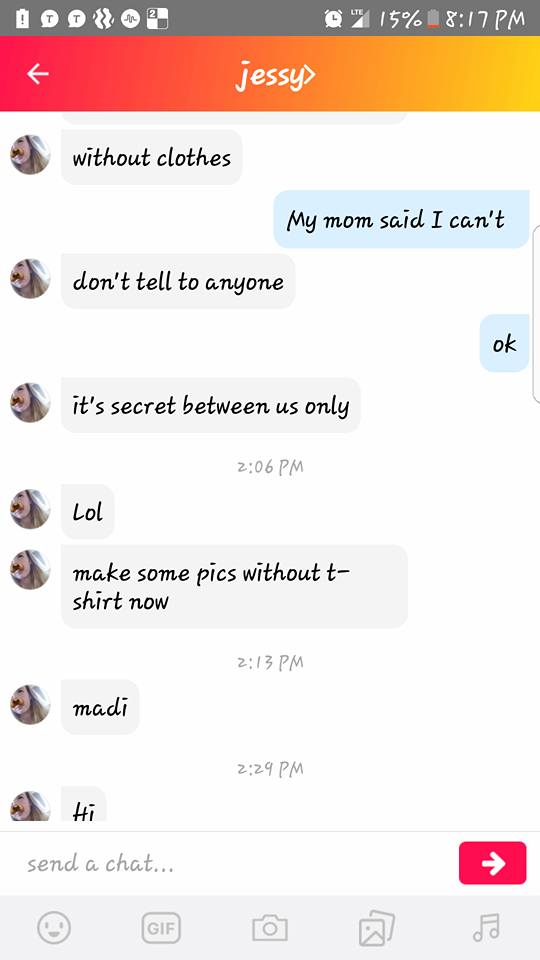 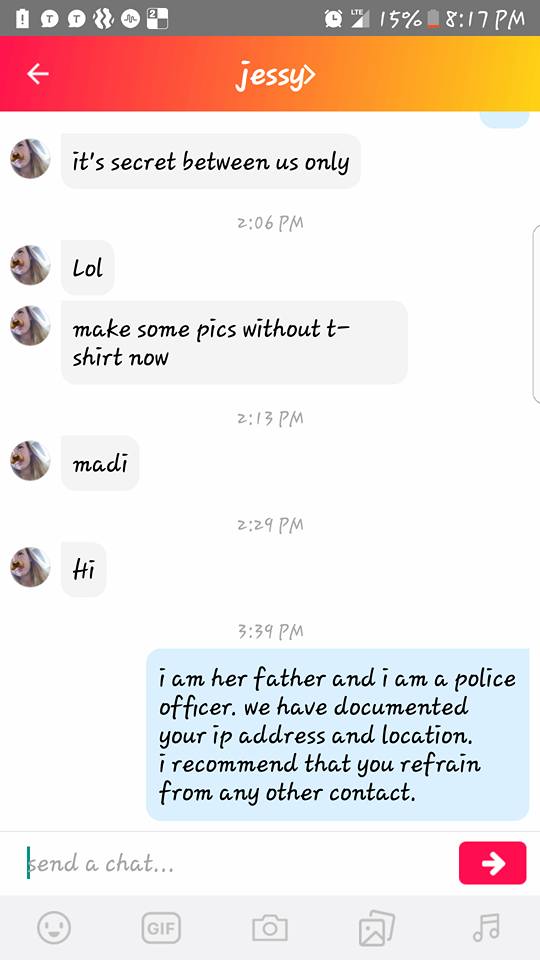 popular
This mum's post about dying to send her kids back to school is too funny
Actor Anne Heche rushed to hospital after car crash
Investigation into the discovery of a body of a male, Drumcondra, Dublin
Tasha's dad responds to Jacques' Instagram video
Musings: I think 'Lawnmower' parenting is damaging for children
Planning your next getaway? Here are 6 fun family activities to try this summer
Lauren Goodger assaulted and taken to hospital after daughter's funeral
You may also like
5 days ago
These are things police officers wish you’d teach your kids to keep them safe
1 week ago
I tried a viral 5-second trick that promised to make me a happier, calmer parent
2 weeks ago
I kicked my daughter's friend out of her birthday party- was I wrong?
2 weeks ago
Mums are sleep deprived for six years after having a baby – and yet dads are not
3 weeks ago
Mum's admission she charges her 18-year-old rent is dividing the internet
3 weeks ago
My friend forced my daughter to follow the 'clean your plate' rule
Next Page